Working the nine-to-five scene in a sea of middle-aged, middle-class, white family men, Davina Baldwin not only stood out among her conservative colleagues, but also made the decision to “come out.” She is the only out lesbian agent she knows of working for State Farm Insurance, and one of two African-American women agents. 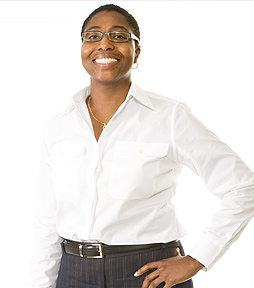 Baldwin says, “It gets a little lonely here, but I have a community to serve, and if not me, then who? I don’t think others are seeking out the [GLBT] community quite like I am.”

Providing personal information for insurance quotes often requires conversations about loved ones, so if an agent is uncomfortable with GLBT culture, the situation easily could become awkward and discouraging.

For 12 years, Baldwin has been advertising her State Farm Insurance services in Lavender as an independent contractor, offering a more comfortable, honest insurance experience for members of the GLBT community.

Baldwin explains, “Some people avoid taking action, because they want to avoid talking about their personal life with an agent. Agents have left them with the impression that if you’re not the traditional picture of a family, there isn’t a need for the inclusion of another person in your plan.”

Being honest about your relationships can change your or your partner’s financial outcomes completely, and even can result in notable discounts for particular insurance plans. Sometimes, people tell Baldwin they have a “roommate,” but after a bit of prying and sharing her own experiences, their loved one properly is identified as a domestic partner.

Baldwin states, “You shouldn’t have to compromise your lifestyle. Insurance is just as important in our lifestyle as it is in others.”

While some argue being out at work is an unnecessary invasion of privacy, Baldwin’s honesty about her sexuality has allowed her not only to serve her clients better, but also to show her heteronormative coworkers another face of the gay community.

As Baldwin relates, “People often think there is a very specific person that is a lesbian, and that you could walk up to that person and identify their sexuality. The more we share ourselves, the more people will get a different idea of who we are and what our struggles are.”

Baldwin came out to a fellow coworker early on in her State Farm career, because she was tired of feeling invisible and hiding her personal life. Throwing back a cocktail after a business convention, her goal was just to let out her “secret” in the most casual way possible.

As Baldwin recalls, “I just wanted it to roll off my tongue”—and when it did, she was beyond relieved.

Baldwin shares with a grin, “I thought, hell, that went pretty good, so I should tell someone else—and I did. I constantly remind myself that even if I don’t know if I want to share my personal life with someone, it will further us all in the long run.”

Growing up as the son of a police detective, Steve Burns kept on the straight and narrow.

Burns chuckles as he recalls, “Every cop knew who I was, and what kind of car I drove. I got away with absolutely nothing as a teenager.” 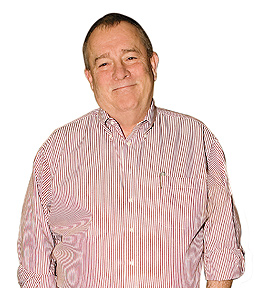 In spite of all the professional sleuthing skills in Burns’s father’s arsenal, he missed something elementary to his son at an early age: He wasn’t so straight. Even as a 5-year-old, Burns liked the muscled Charles Atlas ads in the comic books, but he didn’t know why. In the culture of the late 1950s, it was simply something people didn’t talk about. He knew he had to keep it a secret. And that’s just what he did. But a point came where it no longer could be kept under wraps.

Burns says, “Most people who knew I was gay were other gay people.”

When the Stonewall Riot raged in the headlines, Burns began to come to terms with himself, and started the process of coming out in a tumultuous time. He jokingly describes his coming out as somewhere during the second Nixon administration.

As Burns remembers, “Back then, there were no public gay figures. No Will & Grace. Gay characters in the movies were killed off.”

Burns realized he had to end his yearlong marriage after reaching the unavoidable conclusion that he wasn’t being fair to his wife. The turning point arrived when he came out to his Episcopalian parish priest. The curmudgeonly, wizened man for whom he had great respect and admiration looked over his half-glasses at Burns, and gave him the approbation he so desperately needed. The priest smiled and hugged him, saying that he knew a lot of gay people. He encouraged him to look outside himself and into helping others, a message Burns took to heart.

Burns went to graduate school, ultimately gaining his credentials as a clinical psychologist. For six years, he served as Executive Director of Open Hands, an AIDS service organization that, by the time he left in 1995 to move to Minnesota, was serving some 2,200 hot meals daily throughout San Francisco with an army of 3,000 volunteers.

Having stopped counting the number of friends he lost to AIDS, Burns made a fresh start in the Twin Cities, transferring his licenses, and joining a mental health practice. Today, he practices psychology as part of Northland Therapy Center in St. Paul, where nearly 80 percent of his clients are members of the GLBT community.

Like many others, Burns sees coming out as a gradual process, comparing it to peeling layers away from an onion—a progressive work that fosters an authentic life.

As Burns will tell you, “Being authentic is the most important task one has.”

When Brian Gilligan says he volunteers a “decent” amount with the Human Rights Campaign (HRC), he’s being modest. His volunteer work actually amounts to a significant part-time job with the organization that strives to help elect fair-minded people to federal positions, and eventually pass laws that are good for the GLBT community. It has been five years, and he’s not giving up yet. 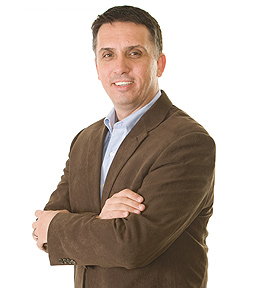 Gilligan enthuses, “You get an amazing feel of community, working with people who have the same goals, and seeing them make traction. It’s addictive.”

Even more than volunteering with a political organization, Gilligan believes the biggest piece of advocacy is just being “out” and comfortable with yourself. Staying in the closet takes away opportunities to educate the people you positively affect on a daily basis. The open and honest approach not only helps the individual function as a complete person, but also the conversation can be used as a huge education piece for community members who otherwise may not have a personal connection.

Gilligan may not have an official “coming out” story in either his personal or professional life, but it has been a natural evolution, something that just works itself into normal conversation. By day, he works in business, and while his company isn’t on the HRC list of 100 best places to work, he notes that it gets by with just enough. When he and his partner decided to make the move north, his company relocated the couple, and even found a position for his partner.

As Gilligan explains, “When rubber met the road, [my company] did the right thing, because, you know, they would do the same thing for a straight couple. And I suppose that’s another benefit of being out at work.”

HRC currently is working on a handful of critical campaigns, including the Matthew Shepard Hate Crimes Act; a fully inclusive employment nondiscrimination act; and overturning the Defense of Marriage Act (DOMA). Is it seeing progress? Thankfully, yes.

According to Gilligan, “Up until recently, campaigning was very frustrating. No matter what Congress passed, our former President wouldn’t sign it. Now, we’re getting a lot of traction.”

The Twin Cities has an incredible amount of resources for our large GLBT community, but even now, the work, in Gilligan’s words, “isn’t a slam dunk.”

Gilligan is in it for the long haul.

As Gilligan remarks, “You have to do something with your time. But sometimes, it does get in the way of my reality TV. At this very moment, I have Top Chef on pause.”

It’s not a little ironic that someone who has spent a lifetime succeeding at not fitting in empowers a generation to find its place in the community. But Anne Phibbs thrives in the paradox that is her calling in life. She directs the GLBTA Programs Office at the University of Minnesota, a remarkable entity that serves as a jumping off point for the U’s many and diverse students, staff, and faculty. Its versatile and dedicated staff finds touch points to help people succeed and get connected through advocacy, academic, or professional mentorship, or bridging cultures. Without a doubt, Phibbs couldn’t succeed so fully in a job like this if she hadn’t resolved to live her life out in the open. 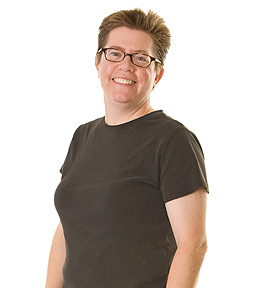 Looking at where Phibbs has come from, one easily can see that far from just taking the road less traveled, she has forged her own path. She grew up as a twin, so it became apparent early on that although she may have shared a family resemblance, she wasn’t interested in the same things as her sister.

Phibbs recalls lightheartedly, “I hated dresses. But I got strong messages that I was supposed to like girl stuff.”

Despite the expectations of her, Phibbs began identifying as a lesbian during her adolescence.

Phibbs shares, “My parents weren’t particularly surprised, but they were overall supportive.”

That support was all the more important as Phibbs again would blaze another trail by becoming a parent with her partner, sharing coparenting duties with the children’s fathers, who happened to be a gay couple.

Now, 19 years later, Phibbs reflects, “It’s possible to create families in whatever way works for us. That’s a lesson we can teach people, because we’ve done that around AIDS and traditional institutions that haven’t worked for us.”

Citing an entire infrastructure to support people living with HIV and AIDS, Phibbs credits GLBT people rising to the occasion where others were afraid even to touch those afflicted.

Beaming with obvious pride, Phibbs states, “We created our community, and we took care of ourselves.”

Phibbs will be the first to say that even though she is in a very public position where being “out” is a foregone conclusion, she endured some clumsy moments and mistakes along her journey.

As Phibbs remarks, “Coming out, I think, is about forgiving yourself, knowing you’re going to make mistakes. But you meet people where they are, and what you find are these incredible stories of pain and resilience.”

For Phibbs, coming out is an ongoing process. She highlights what so often is overlooked in this public declaration of oneself: In coming out, we actually become allies of each other. Smiling, she concludes that we don’t merely embrace who we are in the coming out process, but also embrace others.