My Girlfriend Did It, directed by Dawn West, homes in on the problem of physical, mental, and sexual abuse—also known as Intimate Partner Violence (IPV)—in lesbian relationships. The film not only presents compelling true stories from various racial perspectives, but also submits warning signs for recognizing abuse, whether it is you or someone in your personal sphere. Threats of outing a woman to her family, workplace, or immigration authorities are typical. Intimidation, weapons, isolation, rape, economics, various coercive behaviors, and homophobia contribute to IPV. 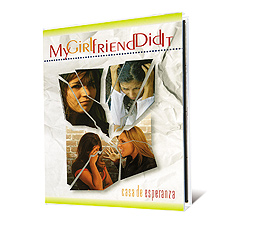 For instance, as the film depicts, in the tragically brutal case of Deborah Reynolds, murdered by her girlfriend, the courts dismissed the charge, and the Port Arthur, Texas, Police Department had ignored the victim’s plight. But discrimination against lesbians certainly is not limited to Texas. Reynolds’s fate demonstrates how homophobia, calcified within the judiciary and law enforcement, reinforces second-class citizenship for GLBT people.

Produced in 1995 by Casa De Esperanza, Minnesota’s nationally lauded Latina organization combating domestic violence, My Girlfriend Did It has been reissued in DVD, with an intro by folksinger Ellis. Closed captioning, Spanish subtitles, and a facilitator’s guide for group discussions are added features. Today, given the rise in poverty, budget cuts for social services, and macho coarsening of pop culture, the film is every bit as relevant, if not more urgent. Though its racial diversity and lesbian focus are still unique, nonqueer women and men of whatever orientation, across the color spectrum, will find the work illuminating.

Miraculously, for all its wrenching content, My Girlfriend Did It never gets emotionally stranded in the dire situations it presents. They are contextualized within a Big Picture narrated by Kim Hines, filled with hope and realism.

Author Suzanne Pharr stresses that an ongoing culture of violence is created and/or deconstructed by each of us, one by one. We each have the choice of creating or destroying from moment to moment, consciously or not. Roseanna Hudgins of the Gay and Lesbian Community Action Council (now OutFront Minnesota) echoes Pharr, as she stresses the need for self-respect and esteem.

Former University of Minnesota GLBT Programs Director Beth Zemsky thoughtfully examines how denial of lesbian battering is rooted in falsehoods that abuse occurs only within heterosexual relationships. Though lesbian battering is a symptom of heterosexism, that doesn’t absolve the batterer. This viewpoint in the 1990s is notable, because strong pressure existed then for queer folks to circle the wagons, and not air our dirty laundry—“positive images” at the expense of not looking at the ugly reality.

Academic researcher Claire Rensetti points out that stigmatization and the subsequent closeting it creates prevents a thorough, reliable study of the extent of IPV among lesbians, even though she found a deep-seated IPV problem in lesbian communities.

Amy Sanchez, Chief Executive for External Relations, states, “Casa de Esperanza is committed to lesbians facing domestic violence. In 1995, when the original My Girlfriend Did It film was produced, Casa de Esperanza was one of the very few domestic violence organizations that offered support and advocacy to lesbians in violent relationships. Since 1995, Casa de Esperanza has attempted to integrate this work from an outreach program to support for the community that can be accessed through our organization. We support lesbians on our 24-hour crisis line. We serve lesbians and transgender women in our shelter, called El Refugio, and integrate GLBTQ realities into our external products, including training sessions, marketing, and communications efforts. This year, we are conducting a comprehensive planning and implementation project to ensure that individuals from GLBTQ communities find a culturally focused, quality organization in Casa de Esperanza.”