Whether you enjoy a drink (alcoholic or not) or two, or simply seek an evening out on the town socializing, the Minnesota AIDS Project (MAP)’s newly launched fund-raising campaign in the Twin Cities has something for everyone.
On August 27, MAP is hosting Twin Cities BAR AIDS. About 25 bars, as well as other drinking and eating establishments, will be donating a portion of their sales that day to benefit MAP. 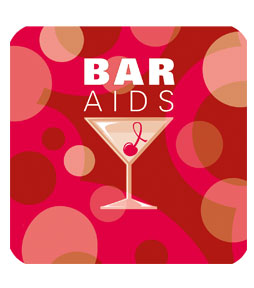 The event is similar to the Twin Cities Dining Out for Life event held each year in late April, only this time around, bubbling beverages will be the main draw for donation dollars.

Nondrinkers need not worry, for a variety of coffee and juice bar venues have come on board to support the fund-raising effort, so guests will have a slew of dining and drinking options.

MAP Special Events Manager David Knapp says, “BAR AIDS involves bars and alcohol-free venues throughout Minneapolis and St. Paul. Its purpose is to create an atmosphere where people can socialize for a good cause, and increase awareness about HIV. The event is a community-unifying opportunity that everyone can enjoy, whether they prefer lagers or lattes.”

BAR AIDS got its start in Chicago in 2003, and since has expanded across the United States. Cities such as Las Vegas, Providence, Reno, and San Francisco already have signed on. Minneapolis and St. Paul now have joined that list. BAR AIDS traditionally has been conducted on the fourth Thursday in August, as it will be in the Twin Cities, too.

Ambassadors from MAP will be stationed at every venue, handing out stickers and HIV/AIDS information. They will provide referrals to testing centers, and will be available to answer questions about HIV/AIDS. They also will be selling raffle tickets for prizes.

Knapp notes, “BAR AIDS is an excellent model for an HIV fund-raiser, because it is a win-win [situation] for everyone. Twin Cities residents learn which bars are most interested in giving back to the community in which they live, and the customers get to do what they would probably want to do anyway, which is socialize with friends on a hot summer day/night.”

According to Knapp, MAP plans to start small this year to prove the BAR AIDS model works in the Twin Cities, with the eventual hope of expanding the event in years to come.

Knapp explains, “In future years, we hope to grow the event to be a significant six-figure type of fund-raiser. We were very excited that almost every venue we contacted was extremely eager to participate. We had a strong showing of support from both gay and straight bars throughout the community.”

Knapp remarks, “We will be raising funds to help the Minnesota AIDS Project in its mission to stop HIV in Minnesota through advocacy, prevention education, and basic services.”

To ensure as much safety as possible, MAP has contacted a few sober cab businesses to participate. Town Taxi Services and Dry Drivers will be on hand to take participants home—even in their own car.
Now, you really have no excuse not to spend an evening out with friends, and help a good cause while doing so.