So, fasten your seatbelts for one of the most astounding film rides of the decade with The Secrets (Hasodot), a 2007 masterpiece screening March 14, 8:30 PM, at the Hopkins Mann Theater. Nominated for eight Israeli Academy Awards, it follows the turbulent spiritual growth of Naomi (the radiant Ania Bokstein), a young, devout Israeli woman who leaves her ultra-Orthodox home to study the Kabbalah tradition at an all-female seminary. 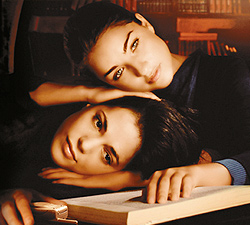 The Secrets screens with two queer shorts: A Trip to Prague and Berated Woman, providing further evidence that the global Jewish community enjoys discourse on hot issues that the general American public is all too unaware of.