MIA Debuts The Louvre and the Masterpiece

Masterpiece. Chef d’oeuvre. By either term, one knows one is in the presence of the very best, whether the work of a single creator, a genre, a type of architecture, art, or literature. But what exactly constitutes a masterpiece? How do different times and cultures define “best”?

At the Minneapolis Institute of Arts (MIA) upcoming exhibit The Louvre and the Masterpiece, the viewer is invited to examine 62 pieces from the Louvre, not just as faits accomplis—“These are masterpieces, admire!”—but as suggestions and examples of how to look at and evaluate the superb. 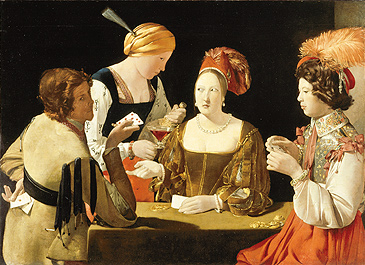 MIA Assistant Director of Curatorial Affairs Matthew Welch, who recently spoke with Lavender, says that Louvre exhibition is the final in a series of three hosted by the High Museum of Art, Atlanta, Georgia. The others were The Royal Collections (2006), which featured various artworks once owned by the Kings of France; and The Louvre and the Ancient World (2007), which showcased masterpieces from the Louvre’s Egyptian, Near Eastern, and Greco-Roman departments.

Welsh notes that the term “masterpiece” is used rather “indiscriminately,” stressing that the concept underlying the exhibition is an exploration of the notion of the word.

As Welsh observes, “People assume that if an object is in a museum, it must be a masterpiece, but what, really, is a masterpiece?”

To this end, the exhibition is organized into four sections, each examining selected objects from a different vantage point.

Welsh explains, “The first is the way our notion of ‘masterpiece’ has changed over time, that is, from works that demonstrated an artist’s technical skill to presentation pieces at the French salon to works that suggested a unique vision. Thus, this section is designed to encourage visitors to think about how our present notion of ‘masterpiece’ is different from the artist who cast a small bronze perfume bottle in the Sixth Century BC, or even a French painter in the 18th Century who wanted to become a member of the Royal Academy.”

The second section explores the role of connoisseurship in determining which works are masterpieces, which are merely good, and which are fakes. The Blue Head, for example, is one of the latter. Modern-day technology moved this striking piece from masterpiece of Egyptian art to master fake.

Welch promises, “This section, probably more than the others, will really engage the visitors in visual comparisons.”

The third section, according to Welch, “demonstrates how changes in taste or the availability of new information has caused us to reevaluate art objects, and, occasionally, to newly value them as masterpieces. This section really gets at the work of scholars and curators in finding objects—or information about objects—that causes everyone to reevaluate their place in history.”

A single, magnificent work is the final section: French sculptor Antoine-Louis Barye’s life-sized statue Lion and Serpent. Made with one bronze pour into a single cast, the piece is a technical tour-de-force that in itself—as Welch puts it—“further elucidates the exhibition themes, such as the significance of technical mastery and the creative process, and the impact of the artist’s reputation.”

A highlight of the exhibit is Johannes Vermeer’s The Astronomer (1668). It’s difficult to believe today, but this 17th-Century painter came into prominence only in the mid-19th Century, through the efforts of the French scholar Théophile Thoré. The Astronomer is one of only 35 extant works by the artist.

Welch exclaims, “Yes, a Vermeer! And the first time that this painting has visited North America,” adding that a concurrent MIA exhibition, The Night Sky in the Age of Vermeer, “is a jewel of an exhibition put together by our Assistant Curator, Rachel McGarry.”

Using The Astronomer as inspiration, McGarry gathered large-scale celestial prints, many hand-colored, from the museum’s permanent collection, together with objects such as those depicted in the painting, including a Japanese robe like the one worn by Vermeer’s astronomer and 17th-Century Dutch astronomical items.

How, one must ask, out of some 400,000 objects in the vast Louvre collections, were these particular 62—spanning 4,000 years—chosen?

Welch shares, “The idea was to involve representatives from all eight of the Louvre’s curatorial departments. They were charged with thinking about ‘masterpiece’ from different angles, and particularly with regard to how the concept applied to their collections. They came up with some very interesting objects to illustrate their points.”

The Louvre and the Masterpiece is exhibited in association with Louvre Atlanta, a collaboration between High Museum of Art, Atlanta, and Musée du Louvre, Paris. It’s presented at MIA by US Bank. The exhibit opens October 18, and runs through January 10.