You probably have passed by the historic theater building at 1407 Nicollet Avenue, Minneapolis. In 1920, it opened as a movie and vaudeville house. In the late 1950s, it became the Minneapolis Evangelistic Auditorium. In the 1980s, it was home to Cricket Theatre. In the 1990s, it was rechristened the Music Box Theatre. In 2008, the comedy smash Triple Espresso ended its amazing 12-year run there.

Director/producer Steve Barberio has revitalized the space by returning to its roots, as well as its original name, the Loring Theater. He honors its beginnings, while tapping in to present-day reality. 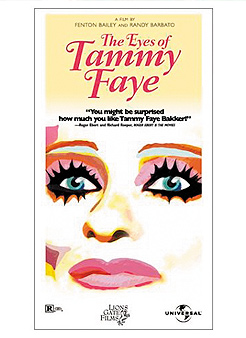 When the establishment first opened, it featured silent films and vaudeville. In those days, folks flocked to these live comedy acts in the same way we go to the movies today.

Barberio shares, “We’re offering an eclectic mix of entertainment to a broad range of audiences. We see ourselves as a modern-day variety house, which means we are presenting theater, cinema, music, and dance events in a fresh and modern way.”

The Mimosa Movies film series on Sundays screens a wide range of “oldies but goodies” like Sixteen Candles and Casablanca. Live performances include the terrific 7-Shot Symphony, by the innovative theater troupe Live Action Set, whose co-artistic director, Noah Bremer, calls the space “large, but intimate.”

On April 1, the Loring Theater is hosting a special event, Where Tammy Tied The Knot. It refers to the legendary Tammy Faye Bakker, née Tamara Faye LaValley in 1942 in International Falls, Minnesota. Her marriage to Jim Bakker capitalized on their popular TV show, The PTL Club. PTL is an acronym for “Praise the Lord,” but it came to be known as “Pass the Loot.” Things fell apart when he was tried, convicted, and imprisoned for fraud involving the evangelical theme park Heritage USA. The couple divorced in 1992, and she married Roe Messner in 1993. She died in 2007 after an 11-year battle with lung cancer.

While attending North Central Bible College in Minneapolis, and working at a Minneapolis beauty parlor, LaValley met her fellow student and future adulterous husband, the ambitious Bakker. On April 1, 1961, they were married in the basement prayer room of the Minneapolis Evangelistic Auditorium.

This year, on April Fools’ Day, the Loring Theater is celebrating the couple’s Golden Wedding Anniversary right onsite. You can take a trip down actual memory lane, as the Loring recreates the ambience of 1961 and two Bible college students in love.

Loring Public Relations Director Paul Anderton calls the event “an affectionate celebration of Tammy Faye’s character. It’s clear that Tammy’s openheartedness and uncontainable sense of fun made her popular with the gay community. April 1 will be full of surprises.”

Things get under way with 7:30 PM screening of the acclaimed cult classic documentary The Eyes of Tammy Faye (2000), narrated by RuPaul. It reveals that she was not the bigot that so many other evangelical Christians of her heyday were. In fact, she was tearfully sympathetic to people with AIDS, which was quite gutsy in the Reagan Era, when the stigma of the disease was especially severe. She aimed toward the notion of unconditional love, quite unlike her televangelist contemporaries, Jerry Falwell and Pat Robertson.

A panel discussion called Tammy Talk follows at 9 PM. And a 1960s Wedding Reception and Bouquet Toss from the balcony caps it all off at 9:30 PM.

1960s wedding attire is recommended. You can get a 20 percent discount at Via’s Vintage Wear in Uptown Minneapolis just by mentioning Tammy Faye’s name.

Lavender’s very own Wanda Wisdom, who will give the wedding toast, says, “Wanda’s hair will be higher and eye makeup thicker than ever in honor of the lady that inspired drag queens all over the world. I’ve got some big lashes to fill, but I can’t wait to help celebrate the life of a truly remarkable lady. Tammy Faye was a larger-than-life diva and icon, but also just a humble hometown girl with a warm heart.”