Branco says, “I think for most people who start out using chemicals, their intention is not to lead to addiction. The intention is to relieve some pain, or it feels good, or it’s fun. And then, people end up getting to this point of no return where it’s no longer fun. I think one of the hardest steps is realizing it’s gone too far, and they’re at a point where they can’t do this on their own.” 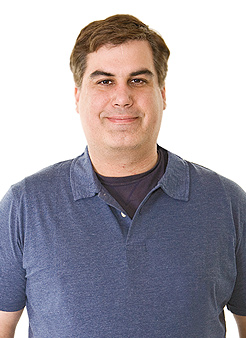 At that point, it is time to seek treatment, which can be a scary thing to contemplate.

Branco, who fully sympathizes with individuals at that threshold, explains, “I think everybody who’s going into treatment is scared, and nobody knows what to expect, unless they’re a veteran, and have done it before. But I think they’ll find that the environment they’re going to is nurturing, and they’ll find other people in the same situation with some of the same feelings.”

Latitudes, an offshoot of the Twin Town program, is set aside specifically to treat substance abuse within the GLBT community. But it is housed within the same facility as Twin Town, which treats heterosexual men.

Branco notes that contact between the two groups frequently results in unexpected friendships: “There’s a shared courtyard with a volleyball court, and dining facilities are also combined. They end up eating a meal together, and realize that they’re in the same situation.”

Latitudes, which has different levels of care, including both in-patient and outpatient approaches, is able to accommodate an individual’s needs.

As Branco puts it, “We aren’t a one-size-fits-all model.”

Insurance companies can play a role in determining treatment options, but if a prospective patient does not have coverage for chemical dependency, another option is calling the government.

One of the difficulties involved in treating chemical dependency is that relapses can and do happen, but Branco remains optimistic.

Branco shares, “We do have a lot of success stories where we have people who will call and follow up with us, and tell us how we’re doing, saying, ‘I’m still sober. You guys helped put me on the right path, and thank you.’”

For individuals who believe they might have a chemical dependency issue, Branco remarks, “If they take the step, and give it a shot, they’ll find that there really is hope, and a chance for a bright future, and they really can change their lives around.”