I have had the privilege of meeting you on several occasions, when visiting the White House in my capacity as president of the Human Rights Campaign, a civil rights organization representing millions of lesbian, gay, bisexual, and transgender [LGBT] people across this country. You have welcomed me to the White House to express my community’s views on health care, employment discrimination, hate violence, the need for diversity on the bench, and other pressing issues. 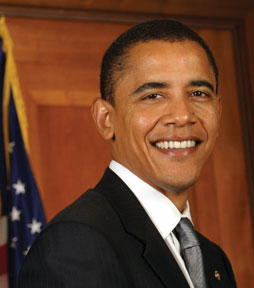 Last week, when your administration filed a brief [in Smelt v. United States of America] defending the constitutionality of the so-called “Defense of Marriage Act” [DOMA], I realized that although I and other LGBT leaders have introduced ourselves to you as policy makers, we clearly have not been heard, and seen, as what we also are: human beings whose lives, loves, and families are equal to yours. I know this because this brief would not have seen the light of day if someone in your administration who truly recognized our humanity and equality had weighed in with you.

So on behalf of my organization and millions of LGBT people who are smarting in the aftermath of reading that brief, allow me to reintroduce us.

You might have heard of Del Martin and Phyllis Lyon. They waited 55 years for the state of California to recognize their legal right to marry. When the California Supreme Court at last recognized that right, the octogenarians became the first couple to marry. Del died after the couple had been legally married for only two months. And about two months later, their fellow Californians voted for Proposition 8.

Across this country, same-sex couples are living the same lives that Phyllis and Del so powerfully represent, and the same lives as you and your wife and daughters. In over 99% of U.S. counties, we are raising children and trying to save for their educations; we are committing to each other emotionally and financially. We are paying taxes, serving on the PTA, struggling to balance work and family, struggling to pass our values on to our children—through church, extended family, and community. Knowing us for who we are—people and families whose needs and contributions are no different from anyone else’s—destroys the arguments set forth in the government’s brief in Smelt.
As you read the rest of what I have to say, please judge the brief’s arguments with this standard: would this argument hold water if you acknowledge that Del and Phyllis have contributed as much to their community as their straight neighbors, and that their family is as worthy of respect as your own?

Reading the brief, one is told again and again that same-sex couples are so unlike different-sex couples that unequal treatment makes sense. But the government doesn’t say what makes us different, or unequal, only that our marriages are “new.” The fact that same-sex couples were denied equal rights until recently does not justify denying them now.

For example, the brief seems to adopt the well-worn argument that excluding same-sex couples from basic protections is somehow good for other married people: “Because all 50 States recognize heterosexual marriage, it was reasonable and rational for Congress to maintain its longstanding policy of fostering this traditional and universally recognized form of marriage.”

The government does not state why denying us basic protections promotes anyone else’s marriage, nor why, while our heterosexual neighbors’ marriages should be promoted, our own must be discouraged. In other words, the brief does not even attempt to explain how DOMA is related to any interest, but rather accepts that it is constitutional to attempt to legislate our families out of existence.

The brief characterizes DOMA as “neutral”: “[DOMA amounts to] a cautious policy of federal neutrality towards a new form of marriage.”

DOMA is not “neutral” to a federal employee serving in your administration who is denied equal compensation because she cannot cover her same-sex spouse in her health plan. When a woman must choose between her job and caring for her spouse because they are not covered by the FMLA, DOMA is not “neutral.” DOMA is not a “neutral” policy to the thousands of bi-national same-sex couples who have to choose between family and country because they are considered strangers under our immigration laws. It is not a “neutral” policy toward the minor child of a same-sex couple, who is denied thousands of dollars of surviving mother’s or father’s benefits because his parents are not “spouses” under Social Security law. Exclusion is not neutrality.

Next, the brief indicates that denying gay people our equal rights saves money: “It is therefore permitted to maintain the unique privileges [the government] has afforded to [different-sex marriages] without immediately extending the same privileges, and scarce government resources, to new forms of marriage that States have only recently begun to recognize.”

The government goes on to say that DOMA reasonably protects other taxpayers from having to subsidize families like ours. The following excerpt explains: “DOMA maintains federal policies that have long sought to promote the traditional and uniformly-recognized form of marriage, recognizes the right of each State to expand the traditional definition if it so chooses, but declines to obligate federal taxpayers in other States to subsidize a form of marriage that their own states do not recognize.”
These arguments completely disregard the fact that LGBT citizens pay taxes ourselves. We contribute into Social Security equally and receive the same statement in the mail every year.

But for us, several of the benefits listed in the statement are irrelevant—our spouses and children will never benefit from them. The parent who asserts that her payments into Social Security should ensure her child’s financial future should she die is not seeking a subsidy. The gay White House employee who works as hard as the person in the next office is not seeking a “subsidy” for his partner’s federal health benefits. He is earning the same compensation without receiving it. And the person who cannot even afford to insure her family because the federal government would treat her partner’s benefits as taxable income—she is not seeking a subsidy.

The government again ignores our experiences when it argues that DOMA Section 2 does not impair same-sex couples’ right to move freely about our country as other families can: “DOMA does not affect ‘the right of a citizen of one State to enter and to leave another state, the right to be treated as a welcome visitor rather than an unfriendly alien when temporarily present in the second State.’”

This example shows the fallacy of that argument: a same-sex couple and their child drives cross-country for a vacation. On the way, they are in a terrible car accident. One partner is rushed into the ICU while the other, and their child, begs to be let in to see her, presenting the signed power of attorney that they carry wherever they go. They are told that only “family” may enter, and the woman dies alone while her spouse waits outside. This family was not “welcome.”

I cannot overstate the pain that we feel as human beings and as families when we read an argument, presented in federal court, implying that our own marriages have no more constitutional standing than incestuous ones: “And the courts have widely held that certain marriages, performed elsewhere need not be given effect, because they conflicted with the public policy of the forum. See e.g., Catalano v. Catalano (1961)—“marriage of uncle to niece, though valid in Italy under its laws, was not valid in Connecticut because it contravened public policy of th[at] state.”

As an American, a civil rights advocate, and a human being, I hold this administration to a higher standard than this brief. In the course of your campaign, I became convinced—and I still want to believe—that you do, too.

I have seen your administration aspire and achieve. Protecting women from employment discrimination. Insuring millions of children. Enabling stem cell research to go forward. These are powerful achievements. And they serve as evidence to me that this brief should not be good enough for you.

The question is, Mr. President—do you believe that it’s good enough for us?

If we are your equals, if you recognize that our families live the same, love the same, and contribute as much as yours, then the answer must be no.
We call on you to put your principles into action and send legislation repealing DOMA to Congress.