Chef Tim McKee’s newest restaurant, Sea Change, opening July 20 at the Guthrie Theater, is designing a core menu that focuses on sustainable seafood, highlighting fisheries that use environmentally responsible methods of gathering and farming seafood. The menu also will include a number of nonseafood items. 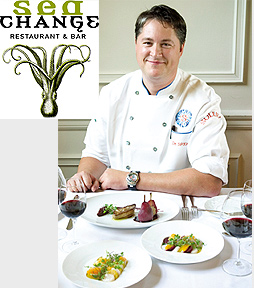 Cue, the present restaurant at the Guthrie, closes June 22, and the space will undergo interior renovations, with a gala reopening on July 20. Sea Change will operate seven days a week.

McKee said, “I’m excited about our plans for Sea Change. I’m very committed to the idea of sustainable seafood, which means buying from fisheries that are dedicated to making sure fish populations are well-managed. We’ll be looking at things like catch numbers and gathering methods in choosing our ingredients.”

Winner of a 2009 James Beard Best Chef Award, McKee is one of the most recognized and respected chefs in the Midwest. He has earned critical acclaim for his Minnesota restaurants Barrio, La Belle Vie, Smalley’s Caribbean Barbeque & Pirate Bar, and Solera.

McKee has the unique distinction of having earned perfect four-star reviews from the Minneapolis Star Tribune for both Solera and La Belle Vie. His widely acknowledged talents have reaped well-earned praise not only from his peers, but also from a wide range of regional and national food critics.