While a few common things come to mind when one thinks of Minnesota—snow and lakes—we have a lot more to celebrate than what’s on the surface. This year, the theme of the Minneapolis Home and Garden Show is celebrating the tundra currently known as Minnesota.

Opening its doors to the public February 24 at Noon at the Minneapolis Convention Center, the event once again will delight guests with tips for the home—this year directed at Minnesota abodes. 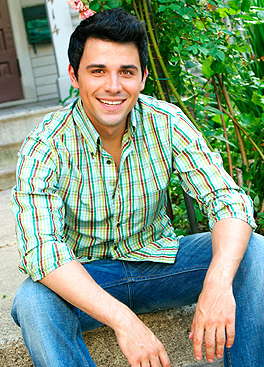 Celebrities involved in this year’s show include local sustainable designer Joshua Foss, as well as Extreme Makeover: Home Edition’s Paul DiMeo. Each will participate in various demonstrations and events that support going local.

Some of the Minnesota-themed attractions are a Sunday pancake breakfast, as well as Celebrate Minnesota Gardens, all nine representing popular Minnesota destinations such as the North Shore and the Minneapolis Sculpture Garden.

Sticking to its theme, the show also has a “Made in Minnesota” section, where guests who want to support local businesses can find new, local products to renovate a Minnesotan home.

To assist in the celebration of Minnesota, the Minneapolis Home and Garden Show is featuring Sasha Andreev, host of HGTV’s Curb Appeal, who will offer tips for homeowners looking to revamp exteriors. A St. Petersburg, Russia, native who has resided in Minneapolis for more than five years, he has redone 26 homes locally.

After majoring in drama at Vassar College in New York, focusing on acting and stage design, Andreev spent the following years working on his acting skills and production of independent films.

Andreev started with HGTV on Decorating Cents, then moved his way up to host Curb Appeal. Always drawn to the arts rather than more lucrative professions, he has found his forte here in Minneapolis—planting his roots in this metropolitan city as comfortably as possible, while assisting others in doing the same.

When it comes to making life easy and comfortable while living in Minnesota, Andreev suggests two simple tasks: Make sure your heat works, and make the home life-sustaining. Both those suggestions add to the comfort level during the difficult Minnesota winters.

Having moved from Russia to Minnesota, next to New York, then back to Minnesota years later, Andreev says from experience, “You can make a cozy and personal living space in any circumstance.”

What’s important is that you add key pieces to the decoration of your home expressing who you are. Andreev recalls that when he was a child, his mother always had curtains on the windows, so wherever he moved, he replaced the blinds with curtains. This little transformation of his new residence not only added color, style, and warmth, but also made him feel at home.

Andreev, who is a firm believer in smart storage and organizational tools, states, “I definitely have a tendency to be messy, so finding solutions to work with your habits goes a long way.”

One of Andreev’s favorite projects is a smaller home that offers a spatial challenge. With his organizational skills and experience in revamping, he has the ability to transform such a place into a comfortable and cozy place to live.

Andreev explains a bungalow in Linden Hills he redid with the help of designer Frank Fitzgerald: “The transformation was done through color, simple greenery planted in a regular pattern, and a rich cocoa mulch that added great depth to the landscaping.”

Because the home was small, according to Andreev, it allowed for a couple of splurges, such as copper gutters and a large clay pot fountain.

At the show, Andreev will be doing a presentation about his experience on Curb Appeal, and what he has learned while working with various designers and contractors.

A new homeowner himself, Andreev wants to share the things that stuck with him throughout all his experiences, such as, he shares, “ways to transform your home, things you can do yourself and save money, and when to enlist the help of a professional.”

Given his experience in the transformation of Minnesota homes, Andreev’s involvement in the Minneapolis Home and Garden Show will be not only useful, but also close-to-home.

Andreev remarks, “It’s all about showing what Minnesota has to offer to make your home great inside and out, and I’m excited to be part of that.”