To our collective relief, scripted television is making a long-overdue comeback. Quality, once treated as superfluous by the networks, has the potential to create change we can believe in. 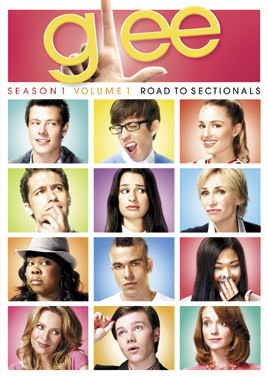 One of the strongest harbingers of this phenomenon is Glee, Fox’s hourlong musical comedy-drama series that blends the contemporary music selection of American Idol with the cheese factor of the High School Musical franchise. Fans are anywhere from silent, guilty watchers to out, loud, and proud addicts. In either case, and everywhere in between, lie rapidly expanding legions of “gleeks.”

Starring Matthew Morrison and Jane Lynch, alongside an ensemble cast of relatively unknown actors, Glee revolves around the titular student group, also known as New Directions!, at William McKinley High School. It is made up of kids who, in any other fictional high school, individually would play scattered token roles. It’s a battle royal of stereotypes.

Lea Michele, the face of Glee, plays Rachel Berry, a type-A overachiever of Tracy Flick’s caliber whose internal monologue could have its own show. Rachel assumes the role of leader in groups big and small, familiar and foreign.

Teenage drama touches on popular versus unpopular, the choice and struggle of conformity in all its varying complications, and other frustrating microbattles no self-respecting adult could be paid to revisit. Glee’s adults, however, are prone to exploring their own messy, romantic entanglements.

The standout character of Sue Sylvester, played by Jane Lynch, adroitly tears through whatever meager confidence presents itself in her colleagues and students. As head coach of the Cheerios, the school’s cheerleading team, she resembles a fascist, a bully, and a certain misanthropic doctor a few time slots over. She delivers such gems as: “I empower my Cheerios to live in fear by creating an environment of irrational, random terror.”

Lynch has deserved a grander stage for nearly a decade. A denizen of Christopher Guest comedies since 2000, her talent lies in her dry, insinuating, take-no-prisoners humor, and her willingness to propel roles to a dizzying height of absurdity. It doesn’t hurt that her lines make her more quotable than Gregory House and Dwight Shrute combined.

While the student cast members sing like seasoned professionals, Amber Riley, in the role of Mercedes Jones, is the powerhouse of the pack. Ironically, she auditioned for, but was rejected by, American Idol.

Music is the heart of Glee. Nobody tunes in expressly for the drama, even at its most engrossing. All too often, climactic moments carry the strong stench of an after-school special, and viewers disconnect at first whiff. The show has just enough plot to make it worth watching. Even the most excruciating high school moments are worth reliving for a little song and dance.