Gayborhood of the Year: North Minneapolis

The revitalization of North Minneapolis, once a neck of the woods considered sketchy and possibly dangerous, has made it a community on the rise, with fresh neighbors and new locally owned businesses. 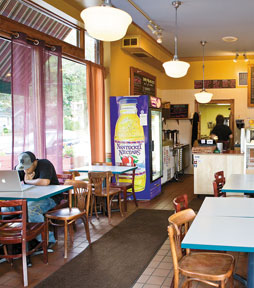 Behind the wider impact are the grassroots efforts of Joel Breeggemann and Michael Pristash. When the couple moved to North Minneapolis seven years ago this September, affordability was the key consideration.

Breeggemann recalls, “Back then, the housing market was nothing like it is today.”

It wasn’t a buyer’s market, and the couple wanted to get a good deal on their first house.

Pristash adds, “We wanted to get the most house for our money.”

Prestige, on the other hand, would take time. Breeggemann admits that at first, he wasn’t proud to say he lived in North Minneapolis. The reality of the neighborhood seven years ago reinforced negative perceptions that dampened the local real estate market. Disruptions common to an urban area were prevalent in North Minneapolis.

Pristash remembers, “The livability issues were tracked back to rental properties with slumlords.”

North Minneapolis’s growing reputation as a GLBT-friendly sector—or“gayborhood”—of the Twin Cities started when Breeggemann and Pristash created the NOMI (short for North Minneapolis) Home Tour and the Get to NOMI campaign. Their motivation? Finding a good neighbor, and improving the overall quality of life in their neighborhood.

Breeggemann states, “We’ll never be Uptown, and that’s OK. That’s preferable. What’s so great is that [North Minneapolis] is so welcoming to GLBT community. It has a very small-town feel.”

Along with the home tour came the increasingly visible block club, which made its presence known to slumlords and homeowners alike. Bad tenants are held accountable, and welcome baskets greet new neighbors. 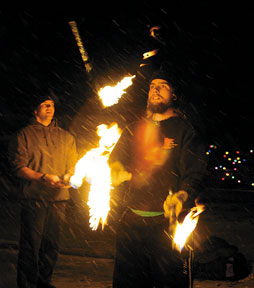 Pristash notes, “We have a very healthy relationship with neighborhood groups and law enforcement. They’re just as invested as we are in improving quality of life.”

Of Breeggemann’s efforts, his partner says, “He has been particularly adept at getting to know those who own properties in the area. He sends a letter from the block club, then follows up, and makes it clear that if there are disturbances, all eyes are on them.”

The NOMI Home Tour has led to the sale of at least 10 houses, one of which was purchased by Breeggemann and Pristash’s new neighbor Sarah Davis. Her home was featured on Lavender’s cover last year.

Davis shares, “I wanted to live in North Minneapolis because I’m always up for a challenge and a change. It is a better neighborhood than where I was last living. I did a lot of checking on crime statistics, and was quite comfortable with the area that my house was in.”

With a lower price point that couldn’t be met by the market in Northeast Minneapolis, Davis, like Breeggemann and Pristash, was drawn to the buyer’s market in North Minneapolis. Her house’s amenities, including new plumbing, updated electrical, new windows, new roof, and refinished hardwood floors, were as much a bonus as the alluring sense of community.

Davis relates, “Up here, there is so much variability and character that it reminds me very much of the small town I am originally from.”

On one of her daily runs, Davis can take a scenic route along the Mississippi River, or follow a trail leading to the Grand Rounds. She also enjoys spending time at local restaurants. 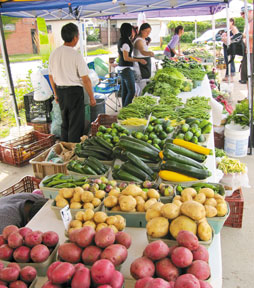 Pristash points out, “There are absolutely flourishing businesses along this strip,” referring to 44th Avenue, starting at Osseo Road.

Victory 44, a gastropub that opened in April, has taken the place of the restaurant Sauced.

Two doors down is Steamworks Coffee, owned by Jeff and Christina Jenkins. The couple moved to North Minneapolis in 2006, and took over ownership of Steamworks in 2008.

Christina Jenkins enthuses, “The GLBT community that we have been able to meet and serve has been incredible. They have proven to be a nice, loyal community who recognizes and appreciates hard work, entrepreneurship, and a damn good cup of coffee.”

Steamworks hosts GLBT- and NOMI-themed events. The owners play on the NOMI Kickball Team, founded by Breeggemann and Pristash, which is largely GLBT.

Christina Jenkins recounts, “From day one, we’ve felt welcome in this community, both in a business sense and on an interpersonal level.”

The NOMI brand—the very term itself, as well as the logo—are the creation of Desiree Fernandez, who had developed the concept independently. A number of neighborhood groups had passed on it before Breeggemann and Pristash met her at a Pride several years ago. The brand, first used to promote the home tour, has taken on a broader meaning.

Pristash explains, “It connotes an area that’s up and coming.”

While the foreclosure crisis has left a trail of victims in its wake, it also has made possible a bump in first-time home ownership.

Pristash comments, “We thought foreclosure would be a bad thing [for the neighborhood]. We thought it might be the death of North Minneapolis. But it provided an opportunity for young upstart professionals, young families, and the GLBT community in particular to come in here and find homes at an affordable rate.” 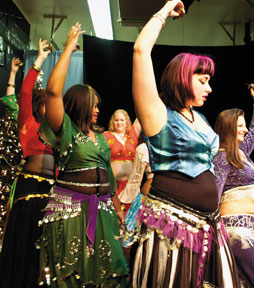 Home ownership has gone up, and rental properties have been able to attract more invested neighbors.

According to Pristash, “Even if they’re just buying a rental, they’re buying into the neighborhood.”

Jamie Nabozny and his partner, Bo Shaefer, found their home after taking the NOMI Home Tour.

Nabozny remarks, “We were excited by the sense of community and positive energy that was coming out of North Minneapolis, so we decided to attend the tours to find out what all the buzz was about.”

The information provided on the tour, as well as the interaction Nabozny and Shaefer had with their future neighbors, were pivotal in their decision to buy their new home.

Nabozny observes, “This is the first neighborhood in Minneapolis where we feel a real sense of community. There are so many people doing so much to improve NOMI, and it feels great to be a part of it. We feel this is not just a place to live, but it’s the place we call home.”

Breeggemann and Pristash have stepped back from the home tour to devote their energies to further develop the NOMI brand.

Breeggemann boasts, “It’s exploded more than we ever anticipated it to.”

In seven years, the attitude of North Minneapolis has reversed course, and shows no signs of looking back.

As Breeggemann puts it, “I’ve noticed a true pride in people who live here. We love where we live. We’re proud of where we live.”