It’s a buyer’s market right now—so much so that it has all the makings of an old-fashioned land grab. Tempting though it may be to snatch up real estate priced-to-sell, Aklilu Dunlap, attorney and real estate agent, warns that the buyer must beware.

Dunlap says, “A significant portion of the inventory that buyers are looking at has a title that is clouded, and they need to be mindful of that in terms of clearing it up.” 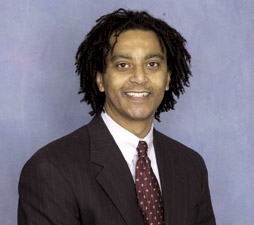 A particular property may have judgments on it, or perhaps an unsatisfied lien, in which case buyers may find themselves with a big mess on their hands. In most states, buyers must pay an attorney to clear up such matters.

However, if your real estate agent is the multitalented Dunlap, he can clear up any legal matters by himself. His assistance also has been tremendously valuable in dealing with the lending community, which, despite intense media scrutiny and government intervention, still hasn’t cleaned up its act sufficiently.

Dunlap states, “I’m extremely dismayed by some members of the lending community. There’s a lot of emotional bullying buyers feel from lenders, and there’s a lot of outright corruption, too.”

Many of Dunlap’s clients speak English as a second language, and he has known lenders to try to take advantage of that limitation.

“When I get on board,” Dunlap explains, “the treatment is considerably different.”

Sellers, too, benefit from having a “two-for-the-price-of-one” attorney/realtor.

According to Dunlap, “There are protections that Minnesota laws allow homeowners. A lot of out-of-town lenders aren’t familiar with these, and they try to bully sellers into agreements that aren’t beneficial to them.”

Aside from his specialty in real estate law, Dunlap is passionate about civil rights work, particularly as it relates to the GLBT community: “I like the effect that a solid grasp of law has on empowering vulnerable people. There are a lot of vehicles or tools in place now that can assist members of the GLBT community. So, it helps to have somebody to guide people towards those.”

Dunlap, who has been practicing law for 15 years, supports the recently formed Project 515, which is dedicated to chipping away the 515 laws that discriminate against gays and lesbians in the State of Minnesota.