Mo’Nique, Mariah Team Up to Push 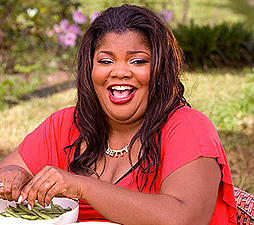 One of the big hits of the 2009 Sundance Film Festival resulted from a collaboration between gay director Lee Daniels (Shadowboxer) and lesbian novelist Sapphire (American Dreams). Push: Based on the novel by Sapphire- that’s what they were calling it at Sundance, probably to distinguish it from that other Push, about a mutant Dakota Fanning—tells the moving story of overweight, illiterate, sexually abused teenager Precious Jones (Gabourey Sidibe) whose life is changed thanks to the guidance of a lesbian teacher. Daniels has assembled an exceedingly eclectic African-American cast for this drama, including comic Mo’Nique (as Precious’ toxic mother), Paula Patton, Sherri Shepherd, Mariah Carey, and Lenny Kravitz. At press time, Push was garnering lots of attention from distributors, so look for it to make its way to theaters before the end of the year.

Joshua Leonard was the toast of Sundance 10 years ago when he was one of the three stars of The Blair Witch Project; in 2009, he’s found himself the center of attention once again as the co-lead of Humpday, from “mumblecore” filmmaker Lynn Shelton (Baghead). Leonard and Mark Duplass star as old college buddies reunited a decade after graduation. One became a bohemian drifter while the other one settled down and got married; meeting again reignites their competitive one-upmanship, until they finally dare each other to make an amateur porn movie. Together. With each other. This look at straight guys taking the buddy-movie genre—not to mention the trendy dare-game of “gay chicken”—to its logical conclusion has garnered massive critical buzz, so chances are good that you’ll find out whether the characters in _Humpday_ actually got their hump on.

More Michelle Rodriguez Than Ever

Tough girl sex symbol, lesbian fave, and possible ex-girlfriend of the now-married Kristanna Loken, actor Michelle Rodriguez may have gotten voted off Lost’s island, but the Girlfight-er maintains a full dance card. In addition to her work in the upcoming Fast & Furious sequel, Rodriguez plays a different kind of warrior in Tropico de Sangre, where she stars as real-life Dominican heroine Minerva Mirabal. Mirabal and her sisters stood up to dictator Rafael Trujillo and were executed in 1960 for their efforts to take down his corrupt government. You can also look for Rodriguez in the much-anticipated Avatar, director James Cameron’s first narrative feature film since his smash success Titanic in 1997. The CGI-heavy sci-fi adventure pits a band of humans against an alien race on a distant planet, and will co-star even more tough-gal actresses, including Sigourney Weaver, Zoe Saldana, and CCH Pounder. Both films are slated to hit screens this year.

Polymorphously perverse comedy goddess Margaret Cho used to do a stand-up routine based on her experiences of having her own sitcom and being told that she was too fat to be on television, so she must be enjoying the irony of being cast on Drop Dead Diva, a new Lifetime show from gay executive producers Craig Zadan and Neil Meron. The series revolves around a shallow model wannabe who dies in an accident only to find her soul returning in the form of a brilliant, plus-size attorney. Of course, “plus-size” in Hollywood often translates to “Miss Zellweger has taken to eating one donut per day,” but it will be interesting to see how far actress Brooke Elliott (Broadway’s The Pirate Queen) takes the concept as she plays the lead role. Diva premieres on the network for women (and gay men) this summer.

Romeo San Vicente’s personal diva is whichever woman (or womanly man) wants to buy him lunch. He can be reached care of this publication or at [email protected]