Children with Intersex Conditions: An Interview with Anne Tamar-Mattis

Children born with variations of sex anatomy historically have been labeled as freaks and hermaphrodites by the medical profession. Genitoplasy, which reshapes the genitals, along with sterilization, have been foisted on such children without their consent. Next-to-no broad dialog whatsoever has taken place on this abuse—or the treatment and rights of intersexed people in general, child or adult. 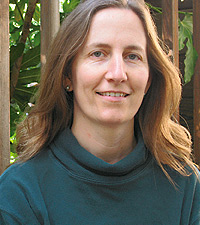 However, Advocates For Informed Choice (AIC), based in Cotati, California, has been a voice in the wilderness bravely addressing institutionalized abuse of children with intersex conditions. It is linked to various intersex advocates internationally as well.

I spoke with AIC Founder and Executive Director Anne Tamar-Mattis about the subject.

What are children with intersex conditions up against?

Children with intersex conditions have frequently been the object of what we call medical display, which means that they’re examined, or their bodies are displayed, not for the purposes of their health care, but either for the education, or to satisfy the curiosity of doctors. Adults who have been through that experience report that it’s very damaging. It’s a lot like sexual abuse.

We work on educating doctors and parents, so parents can be effective advocates for their children about the fact that this is damaging—that children need to have a sense of privacy over their bodies. There may be legitimate reasons for examining them from time to time, but that should be minimized.

One of Minnesota’s major neoconservative columnists has just recently gone on the rampage about the Human Rights Campaign-endorsed antibullying curriculum. There’s irrational propaganda afoot about not only sex-ed, but that antibullying efforts promote queer behavior and even promiscuity.

[Laughs] We need bullying to keep kids on the right track, right?

Right! I say that jokingly, of course. I bring this up, because AIC has a focus on bullying prevention.

Fortunately, we haven’t seen a huge amount of bullying directed specifically at children with intersex conditions. It’s something that parents worry about a lot, and that’s why we deal with it. But when we do, what we found is that the work that’s already been done by the gay and lesbian community to put antibullying measures in place works very well for our kids.

I was working with lesbian and gay youth 15 years ago, and we’d have to go and fight the schools. And now, we can go into schools, and we can say, ‘You know what will happen to you if you don’t stop the bullying behaviors?’ and the schools do, now. And they respond much more quickly.

Children with intersex conditions is not a gay and lesbian issue, but the schools have learned from the gay and lesbian community that even though this child has a stigmatized identity, they can’t be bullied, and that the school had better deal with it.

And they’ve learned for the most part to stop saying, ‘Oh, kids will be kids,’ and that sort of thing. It’s not like every school is perfect, but if I get an administrator who is resistant, I can go a step above their head, and eventually, I will get to somebody who understands that whether they like it or not, they’d better put a stop to it.

Accommodation is something AIC also focuses on. Conservatives, free-market fundamentalists, and antigovernment types will call accommodation a form of special treatment, or “special rights,” and/or wasted tax dollars.

For children with intersex conditions, accommodation can mean one of two things.

One is, sometimes they need to change their gender identification, which is in accordance with medical protocols. So, some children with intersex conditions are given a provisional gender identity. Then, the schools need to cooperate in that change. If the child needs to change their gender definition, the schools need to protect the child from bullying. Let them use the correct bathroom. Let them change their paperwork. So, that’s one kind of accommodation.

The other is that a lot of children with intersex conditions have a heightened need for privacy in school. So, if they need a private changing room, or something along those lines, they can have the privacy they need to meet that as well. We don’t see those as high-priced issues.

But doesn’t the fact that the child needs the accommodation then draw attention to him/herself?

And this is where we owe to the disability community as much as we owe to the gay and lesbian community in helping school administrators to understand that it does have to be individualized, and that in making that accommodation, they have to protect the child from bullying. The gym teacher may need to know why the kid doesn’t change for gym class, and then, the gym teacher may need to help that kid cover.

I wonder if the mass population could come to understand intersex conditions that they would swiftly have a deeper, more nuanced, and compassionate view of sexual and gender otherness in general. When you hear true-life horror stories about children with intersex conditions, and the medical profession and educational systems, it shifts one’s way of seeing things. These children were born a particular way through no doing of their own. So, it seems that if the GLBT community finally were to take up intersex rights as a vital major issue, they could use their clout to get a foot up on promoting a higher public consciousness around these issues.

I think you’re right. And politically, it’s very tricky. I think the GLBT community is still struggling with how to serve as allies to the intersex community, and I say that as a queer woman myself.

I think you’re right that there is political impact on the GLBT community of people understanding intersexuality, and it has implications for GLBT rights. And I think if the GLBT community is going to pick up that issue, it becomes incumbent on us to also pick up the major issues that the intersex community has identified: stopping the nonconsensual surgery of babies.

Tell me about that. And I must add that the intersex community has been a staunch ally for various GLBT issues.

Most children born with intersex conditions today are given some kind of surgical intervention before the age of about 6 months—some by the age of 2 years.

And where the parents and the doctors think that they’re doing the best for these kids, people who’ve lived through these surgeries say they would rather have made the decisions themselves about whether or not to have genital surgery or other types of surgeries they do. So, a lot of intersexed adults believe the decision about surgery should be left up to the child, when the child is old enough to make a decision, or at least have input.

Sometimes surgery is necessary for physical reasons. If urine can’t exit the body, then obviously, you need to do surgery right away. But of elective surgeries that are done to make the body look more typical, most intersexed people say the decision should be left up to the child.

And the next question is: at what age? A 7-year-old? A 12-year-old? And the answer is that’s a difficult question, and we need to start finding an answer to that. But first, we’ve got to stop doing it at an age when children clearly have no input.