Wine Connoisseurs Would Suffer As Well

I have managed to hoard one dusty bottle of wine. I don’t know what type of occasion I am saving it for. That’s not what’s important. This bottle of wine is special. It isn’t available at any liquor store in Minnesota. In fact, the only place you can purchase a bottle is at the Ledson Winery in Sonoma Valley, or online. I stumbled upon this family-run winery last year. I was so impressed by the unique quality of its wines that I immediately bought a case. 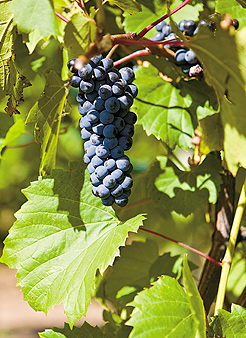 Thanks to the US Supreme Court’s 2005 decision, Granholm v. Heald, I also can purchase Ledson wine online. Some day soon, that is what I must do, because every wine, like every human being, is unique, and I have grown very fond of this one.

I’m overly sentimental about wine, considering that I grew up in South Dakota—a state where belonging to any Internet wine club is prohibited. Perhaps more states would have rules like this, except for legal challenges that have become expensive and tiresome, both to the states and to wholesalers, which wish to maintain the three-tier system of manufacturer, wholesaler, and retailer that was created after Prohibition.

Admittedly, a quick visit to the liquor store often suits me just fine. But some occasions require special wine I only can find online.

Apparently, that’s a concern for Congress. A bill drafted by the National Beer Wholesalers Association (NBWA) has been sent to committee after being introduced in April in the US House of Representative.

HR 5034, the Comprehensive Alcohol Regulatory Effectiveness (CARE) Act of 2010, has alarmed both wine connoisseurs and small wineries alike. They feel it ultimately could end direct-to-consumer shipping of wine between states, and make it more difficult to challenge existing state laws regarding purchase of alcohol.

None of the wholesalers or legislators I contacted responded to my inquiries by deadline. (Minnesota’s only US Representative who is not already a cosponsor is Keith Ellison.) Supporters of this bill maintain that protecting the three-tier system, which puts the wholesaler in-between a manufacturer and a consumer, protects the public from the dangers of underage alcohol consumption, and safeguards tax revenue of states.

Of course, the bill also would benefit the position of wholesalers as middlemen, and they are a powerful lobby. In fact, since the Granholm v. Heald decision, HR 5034’s biggest proponents—NBWA, along with the Wine and Spirits Wholesalers of America—have increased campaign contributions by 33 percent.

If this bill passes as it currently is written, consumers of boutique wines could find it much more difficult, if not impossible, to purchase them.

More importantly, small wineries across America are concerned that the CARE Act would put them out of business. They also are perplexed that wholesalers would view direct sales as such a threat.

Nan Bailly, Master Winemaker at Alexis Bailly Vineyard in Hastings, Minnesota, says, “Internet wine sales represent a miniscule amount of wine sales that happen. People still go to the store to buy their wine. It’s not convenient to buy on the Internet. It’s expensive, and you have to sign for it anyway. But for me, as a small, unknown winery, even though it’s a small part of our sales, it’s an introduction for people who would normally not know I exist. Making just one more sale is a big deal on my bottom line.”

As to protecting the public, Bailly feels the public already is protected sufficiently through existing legislation.

Bailly points out, “You cannot purchase alcohol anywhere without showing proper identification. It’s no different from a salesperson in a liquor store to a bartender in a club to a deliveryman at the door.”

Big wineries aren’t to feel the pinch of this proposed law lightly. After all, distributors across the country already are pushing brands like Mondavi and Beringer. But it doesn’t make as much financial sense for a distributor to promote smaller labels, so a Minnesotan winery’s success depends on building relationships with its customers directly.

The Minnesota Grape Growers Association hasn’t taken an official position on the CARE Act, although several of its members have expressed their concerns.

Tami Bredeson, President of Carlos Creek Winery, explains, “It’s difficult to get big distributors interested in purchasing our products. They don’t understand Frontenac grapes. It takes a lot of grassroots education to let them know that Frontenac is a great grape, and that’s done best by the people who are growing it and brewing it. We’re the passionate enthusiasts for cold-climate viticulture.”

While Bredeson hopes Minnesota’s wine industry one day will grow large enough to tempt distributors, right now, the three-tier system is not a good way to expand or even maintain local businesses.

Moreover, Bredeson agrees with Bailly that the concerns for public safety are misplaced—perhaps even misleading.

Bredeson notes, “There is not always a clear connection between liquor laws and public safety. It seems incongruous that the NBWA, an organization that opposed legislation to lower the legal blood alcohol level and bans on indoor smoking, would maintain that Internet sales of alcohol represent a public-safety issue.”

It could be worse for Minnesotan wineries. They could be dealing with the laws some distilleries must abide by.

Paul Werni, founder and owner of 45th Parallel, has been making a grain-to-glass vodka that was ranked 1st Vodka on the “115 Top 5 Star Spirits” list by Spirit Journal in 2009.

Werni recalls, “I was getting calls from around the country, and they wanted to order directly from us, and I had to tell them they had to go to a liquor store in Chicago. It’s hard to get into other states sometimes. If they could just order directly from us, it would be great. But beer or wine have been treated differently from distilled spirits for quite some time.”

The laws are more restrictive, but they have some of the same effects.

Werni remarks, “The distribution laws have good intentions, but the unintended consequence is that they’re geared toward the large national brands.”

If you would like to purchase any of 45th Parallel’s products—the company also started crafting a gin last spring—you can visit its distillery in New Richmond, Wisconsin. Or, you could track it down at a liquor store in Wisconsin, Illinois, Utah, California, or Minnesota.

Minnesota’s current wine-shipping policy is one of the more lenient in the country—a privilege we should not take for granted.

Of course, even if the CARE Act gets through committee, it probably will be amended. It may not get passed at all. But in this economy, small businesses like Bailly’s or Bredeson’s can’t afford another setback. They want to compete with every other wine in a free market.

As Bredeson puts it, “The Minnesota Grape Growers believe we make excellent wines, that Minnesota has some unusual grapes you can’t get anywhere else, and people will want to buy them. We don’t have to mandate anything to get people to buy our wines. Legislating customer choices is never going to be a lasting solution.”