Most people walking this earth would like to have a fitter, healthier, and more attractive physique. The desire isn’t the problem—and at times, it’s not even a lack in dedication. According to Ed Watson, owner of Physiologics Personal Training, sometimes, it’s the faulty data we’ve been given. 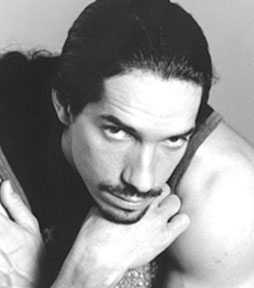 Watson dislikes the traditional food pyramid that we have been taught since grade school, and instead, encourages us to think differently about how our bodies really use what they’re given. Unfortunately, he appears to be fighting a losing battle when it comes to demystifying the human body and its nutritional needs. Every year, it seems, a new book comes out regarding what new superfood or supervitamin to ingest, and what food group to avoid like the plague. Steering clear of such suggestions, he would rather discuss larger-picture dietary balance than whether to take a particular vitamin.

Watson explains, “I always try, rather than focusing on a single superfood, to bring everything in context into the relationship between the three macronutrients and how the body functions. That’s what people miss—they miss what’s in plain sight.”

Therefore, when Watson meets with a client, he does his best to listen to his or her wants and needs, and start arming him or her with information about how his or her body works—everything from nutrition to performance. That approach has built him a steady client list since he started training clients in 1991.

These days, Watson trains at Los Campeones Fitness & Body, 2721 East Franklin Avenue, Minneapolis. However, because he’s self-employed, and doesn’t split his money with a gym, his rates are usually more reasonable than trainers who are employed directly through a commercial gym.

In addition to working with clients on their nutrition and personal training, Watson also does public speaking to schools and private organizations, and designs educational materials to help translate his message. It is refreshing in this day and age to hear a nutritionist discuss food in terms of personal needs, and not in terms of good and bad, as well as not zeroing in on one food habit, and swearing it is the root of all evil. It appears this approach works for his clients in the long run.

As Watson remarks, “A person who’s long-term-oriented will stay with someone who’s educating them, versus just a superficial motivator.”