At Your Own Risk: The Politics of Cruising

Last summer’s arrest of US Senator Larry Craig in a men’s room at the Minneapolis-St. Paul Airport, as well as a series of highly publicized police stings at several Twin Cities parks, focused renewed public attention on “cruising”—the pursuit of sex in public places by men looking for sex with other men. 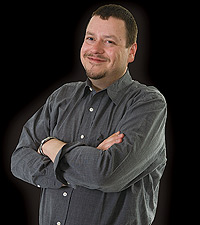 Lurid stories in the local papers of this “secret world,” and television and print publication of photos and places of residence of the accused men, struck a decidedly retro note.

Certainly, cruising isn’t new, nor is it terribly secret. And the actions of the last year echo through GLBT history with some disturbing implications for how far we haven’t come.

All sorts of men cruise: different races, body types, and socioeconomic social classes, as well as varied sociosexual identities, from queer to straight, from deep in the closet to gay public figures. Most gay men, at some point or another, have cruised for sex in public. The only thing one needs to bring, generally, is a penis.

The reasons why men pursue sex in public are multiple, with no definitive answer: for pleasure, because certain men eroticize the spaces or activities of cruising; or because they are married or in the closet, and must keep their sexual desires secret.

Police actions against cruising also were historically ritualistic, in their abusive and homophobic dimensions. Before the Stonewall Riot of 1969, which signaled the beginning of the contemporary GLBT civil rights movement, gay men and lesbians were considered sexual deviants. They were subject to criminal prosecution, incarceration, and forced institutionalization in mental wards.

As well, gay men and lesbians might have faced loss of employment, places of residence, and reputation, if they were exposed as being homosexual, through being caught cruising—or for simply being in a gay bar; dancing with another person of the same sex; holding a social event in public or private; or participating, especially after World War II, in early GLBT civil rights organizations, such as the Mattachine Society and the Daughters of Bilitis.

GLBT identity was criminal, and, therefore, any GLBT activity, whether sexual or not, also was criminalized. Then as now, the press, with the collaboration of the police, published pictures of accused homosexual sex criminals, frequently destroying lives in the process. More than one gay man or lesbian committed suicide upon being exposed.

A perusal of the details of the police report would convince any gay man familiar with the rituals of cruising that Craig probably was looking for more than a dropped piece of paper in the airport men’s room. Yet, we should remain cautious about the conditions of his arrest, which amounted to being in a suspicious place, and performing suspicious acts, but in the end, doing nothing patently illegal.

Craig is guilty of several things, not the least of which is poor judgment, plus tapping his foot, lingering outside the stalls suspiciously, and reaching under the stall wall with his hand—but not of establishing physical contact with a police officer.

So, this is where we stand in 2008: You can be arrested for tapping your foot.

Police entrapment is a GLBT civil rights issue, which is why the American Civil Liberties Union issued a statement in support of Craig’s contention regarding the conditions of his arrest. The police officer involved in the case was not just sitting in his stall, but also actively responding to the Senator’s cruising signals.

As Laud Humphreys demonstrated in his classic and controversial study of public cruising in the 1960s, Tearoom Trade, outsiders to the game of cruising rarely are involved in the action. This fact has not stopped concerned heterosexuals from expressing concerns for, of course, “the children.”

Cruising happens every day in many places. In fact, as you are reading this sentence, men are having sex someplace public, somewhere right here in Minnesota. However, the vast majority of people remain unaware of this activity, which is precisely the point. Cruising, when done properly and discreetly, harms no one, and delights many—until police operations; media attention; and, yes, sometimes the indiscretion of cruisers themselves draw our attention to this everyday phenomenon.

Many of the men arrested in the stings in the Twin Cities last summer have seen their lives severely affected by the process of entrapment and vengeful publicity that has characterized these operations, in a manner disturbingly similar to the pre-Stonewall times.

Did you know that some of these men have been forced to register permanently as sex offenders? Did you know some have lost their jobs through being charged with sexual assault for touching a fully clothed police officer (who had been sending the right signals, of course, including verbally requesting touch) on the thigh or buttock, and subsequently legally were declared a sex offender?

Certain licensed professions, such as nursing, social work, and K-12 teaching, forbid legally defined sex offenders from employment, regardless of the circumstances of the designation.

But are we really prepared to say that men engaged in consensual sex, albeit in public, are as dangerous to society as predatory child molesters and serial rapists?

Jerry Burg, a Minneapolis attorney who often serves as defense counsel for men arrested for cruising, describes how courts in particular jurisdictions increasingly are labeling men caught cruising as sex offenders, and meting out punishments that speak of a deep loathing of gayness above and beyond the enforcement of public order. These may include random drug and alcohol testing; confiscation of computers and denial of Internet access; prohibitions against owning or viewing pornography; random searches of persons and property; and mandatory sexual offender psychotherapy evaluation and treatment.

Because no recognized treatment for “cruising” exists, men arrested and convicted of cruising fall under correctional strategies that run the risk of collapsing same-sex sexual desire into pathological sexual illness, and that make no distinction between sex acts involving force and those that are, like cruising, consensual.

Burg and others involved in defending cruisers express concerns over the involvement of the state in policing men’s sexual desires as a means of controlling cruising, as well as the wide disparity in the application of legal responses to cruising depending on the place of jurisdiction. What is a misdemeanor offense in Hennepin County could get a cruiser tagged as a sex predator in Ramsey County or Dakota County.

This eccentric application of punishment reveals more about the continuing problem of homophobia in law enforcement and the judicial system than about effective policing strategies, from which Burg identifies an alarming trend towards pathologizing sexual desire, not simply behavior, in the sentencing responses of certain courts to men who cruise.

Many instances today are too reminiscent of outrages of the pre-Stonewall period, where to be gay or lesbian was to be constantly and consistently vulnerable to the official disgust of heterosexual society.

Admittedly, it is hard for many GLBT people to defend public cruising, especially in front of straight people. In fact, many gay men actively disavow public sex, with responses along the lines of: “Haven’t we moved beyond all that?”; or “Men who do such things are either closeted or have real self-esteem problems.”

Indeed, our GLBT civil rights organizations largely have been silent on the parading of the new sex offenders on the front pages of our newspapers—except for a statement by OutFront Minnesota regarding the Craig case that, ironically enough, supported the police.

Unlike the 1950s, when police entrapment for a relatively victimless crime was recognized by gay men and homophile organizations such as the Mattachine Society for what it was—the heartless enforcement of homophobic social attitudes—today, GLBT people demur. We shuffle our feet, and we blush. We focus on the positive images designed to reassure and recruit straight allies: We are not deviant; we are just like you; and we have nothing in common with “those people.”

It’s an immense and dangerous failure of GLBT political community. This is not a defense per se of public cruising. The problem is the degree of punishment, not punishment itself.

If public cruising is a behavior we as a society seek to dissuade, is the best methodology to march in the footsteps of a legal and policing tradition that criminalizes and publicly shames men who have sex with men—that blatantly loathes gay men (and by extension all GLBT people) as freaks, as “sick,” as sex criminals and deviants in need of treatment?

This history of rabid homophobic entrapment arguably puts the onus of humanistic and fair enforcement of laws prohibiting sexual contact in public places not on gay men and their behavior, but on law enforcement.

Sexuality is a complicated business, and there always will be men (and many women) who enjoy the thrill of public sex; the eroticism of space it represents; the desires it unleashes.

After 60 years of GLBT people fighting to be accepted as who we are, we should be able to come up with a better strategy for addressing consistent behavior than by returning to techniques proven to demean more than dissuade.

Aureliano DeSoto is a Postdoctoral Fellow in Lesbian, Gay, Bisexual, and Transgender Studies in the Department of Women’s and Gender Studies at Carleton College in Northfield, Minnesota.