On the Runway Section

With the national economy facing recession, most every business—sales, service, or industry—is feeling the pinch. Cutting costs and raising prices are standard approaches to generating more revenue, but when consumer spending is also down, some companies are thinking more creatively about how to improve not only their bottom line, but also the region’s financial outlook. 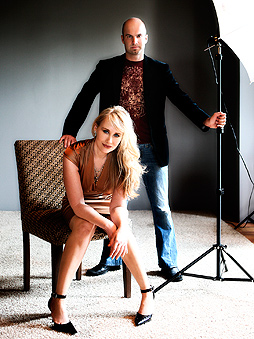 One of the earliest- and hardest-hit trades in Minnesota is its historically stalwart film industry.

Dave Halls, Executive Director of Shoot in Minnesota, says, “In the ’80s and early ’90s, we were often referred to as ‘The Third Coast,’ because of the amount of production dollars spent here compared to the East and West Coasts.”

Unfortunately, Minnesota’s financial incentive for film, Snowbate, was cut in 2002 under the Ventura Administration. Nearby states, not to mention Canada, offered significant tax breaks for film crews, so most productions stayed away from Minnesota for years—with the notable exceptions of North Country, which received a one-time incentive from Iron Range Resources, and A Prairie Home Companion, which had Minnesotan investors.

Snowbate was restored in 2006, but its current incentive of 15 to 20 percent (with total funding of $2.599 million) now lags behind that of neighboring Wisconsin and Iowa, which offer 25 percent.

“It’s not a good situation, and this state could lose this once-great industry,” Halls adds.

Fortunately, the Coen Brothers were not dissuaded from shooting their next film in Minnesota, but had to campaign for an additional $500,000 to work with their $15 million budget.

According to Halls, having to secure the necessary tax incentives prior to shooting is not something most film producers are willing or able to spend their time doing.

Film may seem like a niche portion of the economy, but when that market suffers, all entrepreneurs should pay close attention. Having a large film crew in town is a boon to all sorts of businesses: hotels, caterers, restaurants, bars, and transportation, plus location fees and equipment rentals. Moreover, film and television productions employ hundreds of local workers: production assistants, electricians, makeup artists, and actors, to name a few.

Antonette (Toni) Trussoni and Eric Mahutga, co-owners of A&E Casting, may not have sway over our State Legislature, but they are looking to change Minnesota’s prognosis.

As a business that supplies commercials, industrial films, print ads, and narrative films with talent, the two realized they would have to work creatively both to retain local production and to increase demand. Therefore, instead of simply making a few calls to local agencies, and hoping to be sent the talent needed, they go the extra mile to keep directors and producers happy.

Mahutga explains, “We will go out and hit the pavement if needed for a casting, because sometimes, an agent doesn’t have the [specific] talent, and we will go out and find the people. A lot of casting today is also going into ‘real people’ casting—corporations like to have actual customers and employees.”

For a few recent projects, Mahutga and Trussoni were on the hook to find cloggers, accordion players, and a juggler.

Trussoni states, “In essence, we have to seek it if agents don’t have it. A service industry is what we are, and I think that gets forgotten.”

“Our town is rich in culture, art, and theater, but it’s frustrating to see so many talented people not able to work,” Trussoni points out.

To continue to make work as available and accessible as possible, Mahutga and Trussoni also try to give auditioning actors the best possible chance to catch a director’s eye.

“We try to help the actors as much as possible with their acting, and try to give them as much information as possible,” Mahutga relates.

A&E Casting is always receptive to new talent, whether a person has previous acting experience or is new to the business.

Mahutga encourages anyone who would like to appear in a commercial or would be interested in a modeling opportunity to send A&E a picture, provide information like height and weight, and explain what aspect of the business he or she is interested in.

Trussoni notes that acting agencies are also great places to send materials, but cautions against agents who charge exorbitant fees just to be listed.

“They shouldn’t require money from you, and the rare exception may be the Web site—to put your picture on their Web site—and postage,” Mahutga remarks.

More information on A&E Casting, including a client list and contact information, is available at <www.aandecasting.com>, or by calling (612) 310-5333.