A View from the Bridge: An Interview with Richard S. Iglewski

Arthur Miller’s gripping and amazing A View from the Bridge still resounds—especially now, with its desperate portrayal of illegal immigration. It also probes biases around sexuality and gender perhaps more than any other Miller play, with its portrayal of incest taboo and homophobia. Greek tragedy comes to mind. 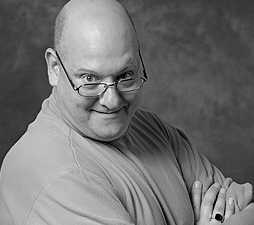 This A View from the Bridge brings back as Eddie actor John Carroll Lynch, a Guthrie company member with Iglewski in the 1980s and early 1990s, when the late Garland Wright was Artistic Director. Lynch played the husband of Frances McDormand’s Oscar-winning role in Fargo.

I spoke with Iglewski about A View from the Bridge’s sexual turbulence.

Well, I think that’s true. He does represent a Chorus, but he also is, in and of himself, somebody who is responding to a situation that, as he says very early on, could have been a story heard a thousand years ago—the same story. He could have sat there as powerless as he was, and couldn’t do anything about it. So, while I think there is a representation of a Chorus, I think that it’s also a representation of a man’s journey, who says to himself, “But for the grace of God there go I.”

I think Alfieri sees it from Eddie’s point of view. What becomes his job, then, is to sort of act as listener, as friend, as counsel, but sort of also as father figure—paternal, with the kind of advice he offers him. And he does so within the context of saying that the problem is that there’s too much love. He puts it within an argument saying sometimes God mixes up the people, and I think that’s very sort of Greek Chorus-oriented in terms of bringing in the Deities and the Fates, really—there are things that the Fates throw our way that we simply have to overcome.

How does Alfieri feel about Rodolpho [Bryce Pinkham], the young man Catherine loves?

I have a scene in the prison with Marco [Ron Menzel] and Rodolpho both.

What’s the subtext of that scene?

Trying to discover whether or not Marco will indeed settle for half. It’s a theme for Alfieri throughout the play. There’s a notion that as we become civilized and American, the passions that are part of the tradition of law in the old country are sacrificed for a better sense of balance and well-being. And Marco represents the Old World kind of vendetta that he legitimately has against Eddie. And within the context of the scene, I think Alfieri’s trying to get Marco to understand that American law concerns itself with what’s legal—in the books.

How is Rodolpho different from Marco?

Marco and Rodolpho are tuned differently. I think being the older brother, perhaps he has a sense of responsibility, has a sense of purpose about life, the universe, and everything that perhaps the younger Rodolpho is more loose about, or doesn’t have as highly idealized a sense of what makes a successful life.

He suggests that Rodolpho makes dresses, he cooks, he sings very high—the implication being that he is, in Eddie’s terms, a “weird,” which is to say, a homosexual. But it’s all implied.

It’s remarkable how the play conveys that so fully without coming out, and explicitly saying that.

The fact is that Rodolpho is not [homosexual]. I think Eddie sees that as an argument to put in place between Rodolpho and Catherine.