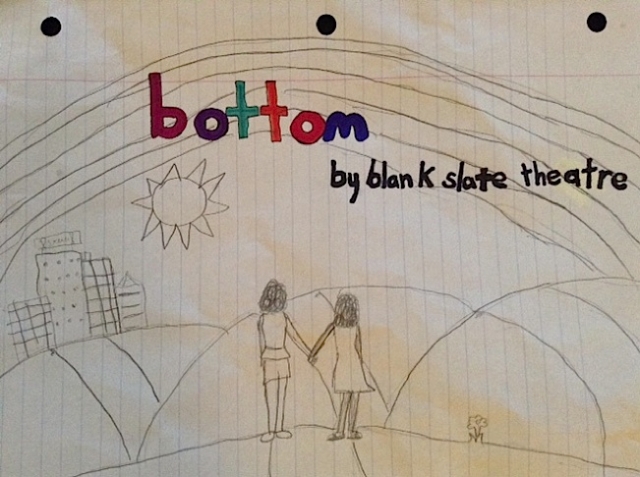 Blank Slate Theatre continuously creates new work by teenagers about controversial subject matter. So you knew it was just a matter of time till they’d address sex trafficking. Their new original play titled BOTTOM is a collaboration with Interfaith Children’s Advocacy Network.

Artistic Director Adam Arnold says “our writing group met with experts on sex trafficking, including two courageous survivors of sex trafficking. BOTTOM takes a look at the demand as well as how these organized and successful sex trafficking businesses are run. This play doesn’t sanitize the issue. This story is told boldly, uncomfortably, and attempts to show sex trafficking at its most vulnerable and most honest.”

Arnold adds that a question which arises out of the play is “if the demand for sex trafficking were to end, would the supply end too?” Forced sexual acts upon females and males of varying ages, as well as forced labor of other kinds upon both genders have been with us since the dawn of tribalism. However, technology and unregulated underground renegade capitalism seem to have increased the market demand to what many consider to be a global emergency.