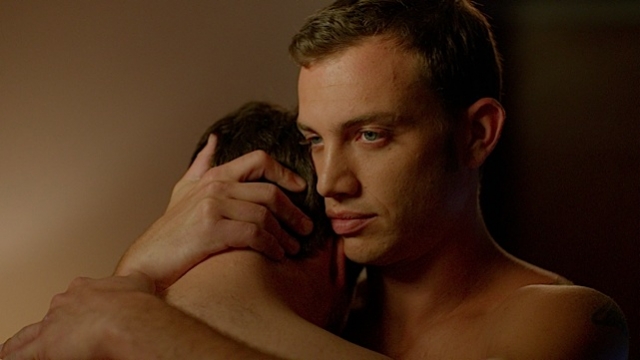 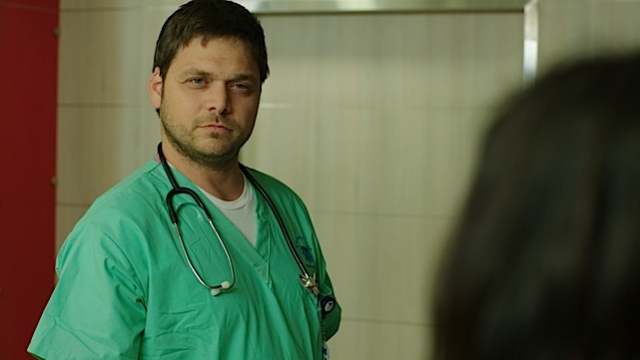 In 2002 Israeli filmmaker Eytan Fox gave us the one of that period’s great gay love stories, Yossi and Jagger. A decade later, in Fox’s sequel, Yossi, the title role character is no longer a military commander but a cardiologist. Sadly, at 34 he has never recovered emotionally from the death of his down low lover and fellow soldier, Jagger, who was killed in a raid in Lebanon. Hence, the doctor has plunged his life into his work so consumingly that his competency level has actually worsened. Still grieving and still closeted, Yossi is genuinely oblivious to the fact that sending outdated pictures to potential hook-ups and boyfriends on the internet will likely cause friction until a classy handsome stud sternly brings it to his attention. Moreover, when he jeopardizes a surgery and actually comes out to Jagger’s bitter mother who clings to the myth of her straight son, it finally starts to dawn on him it’s time to seriously reassess. 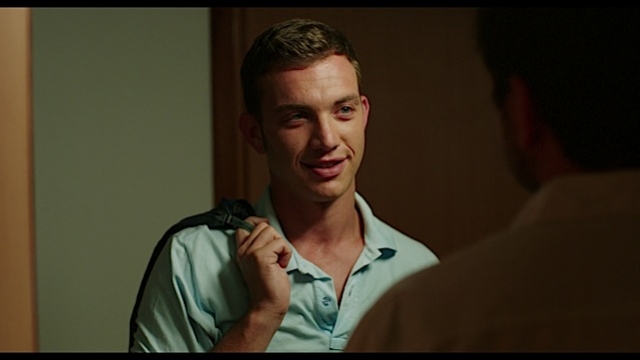 Yossi is a poigant examination of prolonged grief, its assault on self-esteem, and the possibility of healing and renewal. Ohad Knoller returns to the title role with a wrenching depth of feeling. However, the anguish is countered when the character finally takes a holiday from his workaholism and by fateful chance gives a group of male soldiers in their early 20s a lift to a seaside resort. But rather than continue to the treacherous Sinai region he had planned to visit, he chooses to stay at the resort. It’s as if a sublimated healing apparatus within his psyche is pulling him from the culture of death he has grown too accustomed to and is now prodding him toward a culture of hope.

One of the soldiers, the very handsome and intelligent, Tom is drawn to Yossi. Yet Yossi, being quite out of shape and knowing he’s not good company, cannot absorb the possibility that this youth is actually drawn to him. Nonetheless, the ever-persistent Tom -a vibrant and darling Oz Zehavi- makes approaches and advances toward the doctor despite his evasions. Tom may be young but he compels us to consider that youth has its own form of wisdom. The standard is that age is wiser and youth is foolish. Fox’s magnetic duo shows us otherwise.

Knoller and Zehavi portray the intergenerational dynamics with rich insights that boldly challenge pessimistic and cynical presumptions about love, attraction, and destiny. In addition, given the film’s understandings about grief and the fear of growing older, it will appeal to straight audiences as well.