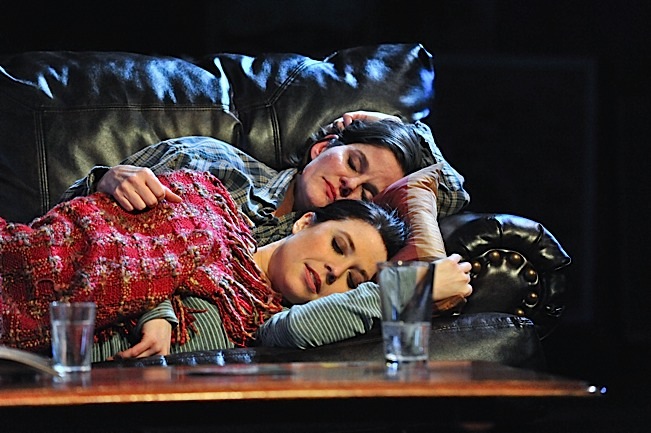 In the new play with music, Lullaby, a straight widowed mother hires a lesbian for guitar lessons. Friendship and forgiveness are central themes. Playwright Michael Elyanow has written Lullaby, now in production by Theater Latte Da’s new works initiative, the Next 20/20 series. It plays at the Ritz Theatre featuring Annie Enneking and Adelin Phelps. David Darrow and James Eckhouse co-star. 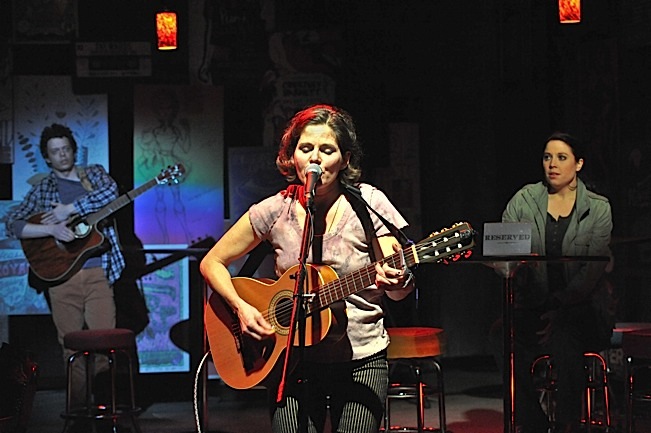 Elyanow shares “I love buddy comedies, and I feel like I haven’t seen one about a gay/straight friendship — or about two women — onstage in a long time. Or forever. If I have a mission as a playwright, it’s to write the next wave of “Gay Plays,” which is to say deeply theatrical experiences where gayness is not the subject of the play, but the essence of the character. I think when gay women and men come to see Lullaby, they’ll see a fuller picture of themselves in it: three-dimensional, funny, flawed, and maybe just a touch weird.”

Elyanow adds that the production “is a true family affair: my husband, Jeremy Cohen, is directing it. People often ask us if that’s problematic, and it’s actually the opposite. We work really well together; Jeremy’s a brilliant, intuitive director and the fact that we’ve been collaborating on and offstage for close to 20 years gives us a shorthand when we’re in the rehearsal room.”