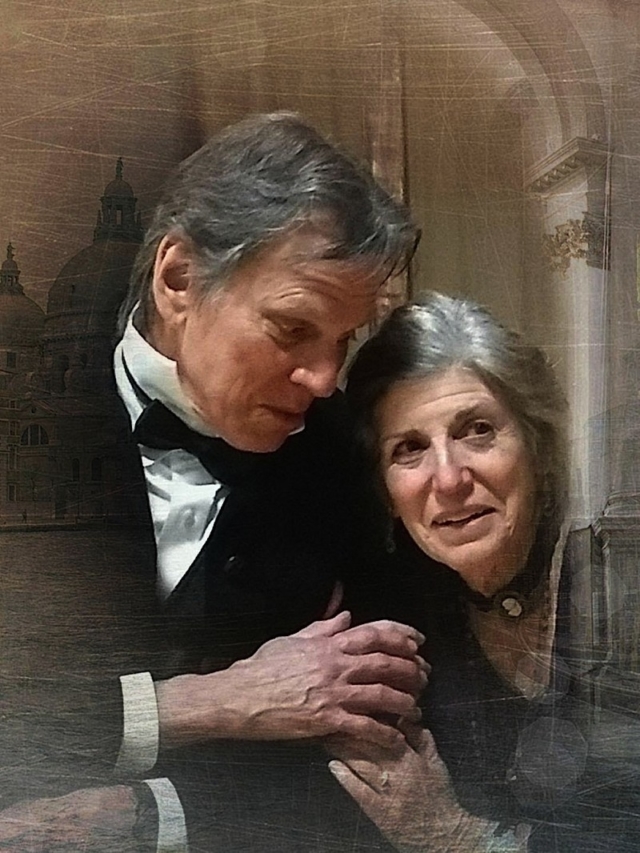 There is perhaps no problem more existential than the incapability of rekindling joy and vibrancy as we get older and experience tragedies along the road to life’s end. Playwright John Logan scrupulously navigates the emotional undercurrents of that problem in his ingenious play, Peter and Alice. Candid Theatre’s beguiling and deeply moving regional premiere of the Olivier nominee at Fallout Arts Initiative rises to the occasion with memorable performances that border on sublimity and linger in the mind long after the curtain call.

Peter and Alice imagines a meeting between Alice Liddell Hargreaves (1852-1934), the little girl who inspired Lewis Carroll’s Alice in Wonderland, and Peter Llewellyn Davies (1897-1960), who as a boy, inspired J.M. Barrie’s Peter Pan. As almost everyone knows, both classics capture the spirit of carefree children who amazingly handle extraordinary odds, no matter how dreadful those odds may seem. A queen with a tyrannical will to behead or a malevolent captain wielding a hook in lieu of a fist, are no match for invincible childlike resiliency.

However, when the actual flesh and blood sources of these imaginary icons meet, each have endured formidably tragic events and have not healed toward a “happily ever after” conclusion. Moreover, Fate seems to have been inordinately cruel in the contrast between their zestful fictional forms and their actual selves as actually lived. It’s an unflinching look at the unfairness of life that challenges callously facile platitudes about “getting over it” and “moving on.” It’s as if fond memories are a curse, or worse still, the harmonious experience that childhood supposedly was, actually had sinister debilitating elements we didn’t fully realize way back when.

Director Justin Kirkeberg has exquisitely tracked the title characters’ emotional journey as they confront and evade descending levels of anguish they’ve suffered since their childhoods. That said, Peter and Alice never gets stuck in one level of sadness—its inner terrain is vast. But to be sure, this is a wrenching journey to the heart of inner darkness. For some, it will be cathartic.

Meri Golden, one of the Twin Cities’ truly great veteran actresses, is in top form as Liddell Hargreaves. Hers is a breathtaking revelation of an elderly woman impelled to face what she has shut out and shut down. It is among the best leading roles for an older woman in contemporary drama and Golden manifests it with astoundingly numinous insight. This is that rare play that actually drills right into how the subconscious tricks us. When Alice tries to retreat into sentimentality or glibness, her deeper self aided by Davies seems to reject that. There is no trace in Logan’s drama of psychobabble or contemporary pop psychology with trite responses to existential problems.

Golden is matched marvelously by David Wasserman as Davies, a man over a generation younger than she. His is a portrayal of boldly ruthless honesty in its reflection of the character’s brutal self-assessment. This is surely one of the most challenging roles ever written for a young actor and Wasserman fulfills that beautifully. He is magnetically nuanced and keeps us wondering what he might say next. Moreover, it’s thrilling to watch this pair play off each other. 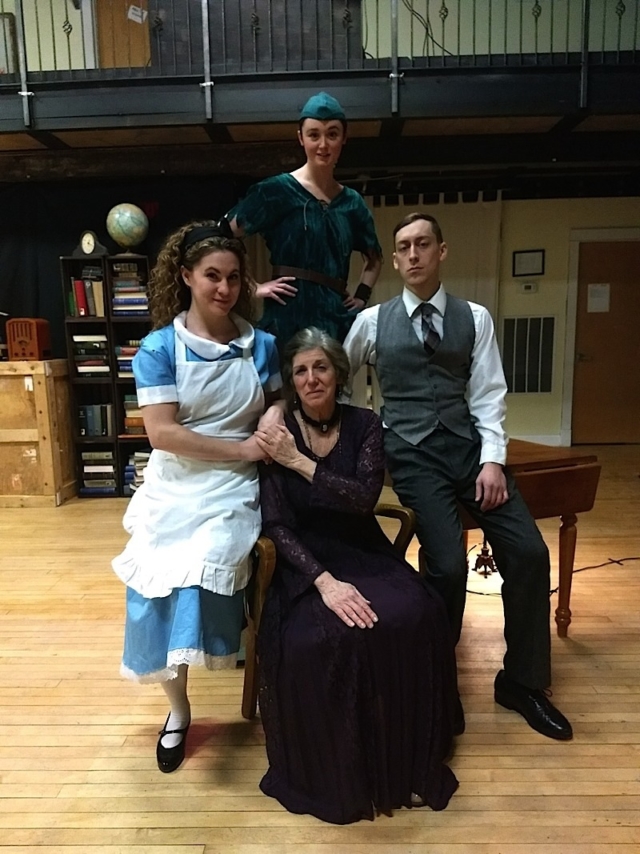 The vivid supporting cast is superb as they appear as phantoms from Alice and Peter’s past. A terrific Matt Saxe spirits forth the brusque machismo that one can imagine James Barrie would have embodied if we consider the boyishly adventurous imagination the man surely must have been driven by. Aaron Henry delivers a delicate and devastating turn as Davies’ brother who makes a fateful choice that breaks the heart. Henry, who also impressed a few years ago in the title role of Candid’s Hauptmann, also by Logan, in addition is strong in two other smaller Peter and Alice roles.

Rod Kleiss is fittingly fussy as Lewis Carroll, and by extension, he palpably reflects the inappropriately controlling psychic hold the man may well have had on young Alice. Kleiss captures the essence of the Victorian era and reminds us that seemingly gentle people might have a poisonous underside.

Logan’s heavyweight themes are brilliantly rendered with expert variation, pace, and timing by all, so that the show moves briskly along. However, two actors are indispensable in making that work: Caroline Amos in a crossgender turn as the fictional Peter Pan and Heather Burmeister as the fictional Alice. They intrude on the action like a Greek Chorus collaboration between Neverland and Wonderland.

Amos utterly and consistently crackles like a bolt of lightning throughout. A joy to behold! Burmeister is a picture-perfect image of Victorian childhood in a crisply vibrant embodiment of childlike innocence.

As with other John Logan plays, Peter and Alice contains tragic and controversial observations of gay men, as well as disturbing psychosexual vibrations. This is Justin Kirkeberg’s fifth production of a Logan play. He has clearly taken his place as one this major playwright’s foremost interpreters.