Women & Religion, Coming Out, and the Masculine Identity Crisis at MN Fringe Fest – The Artists Comment 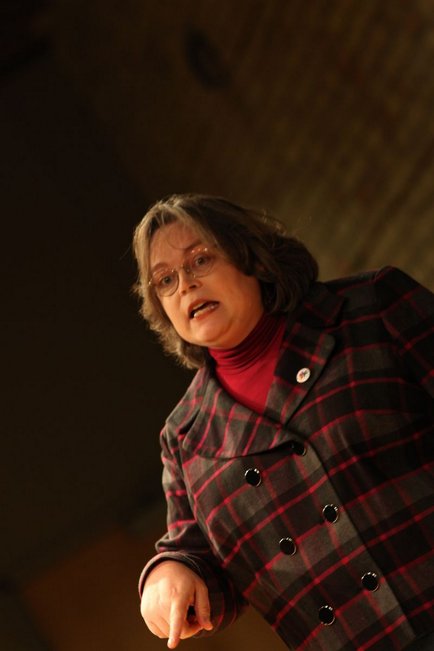 At the Minnesota Fringe Festival, now running at various Minneapolis venues, as usual, there are some thought-provoking stage works that run an hour. One big theme this year is women’s experience regarding religion. Changing With Grace: When Daddy Becomes Mama Christy, recounts Christy Marie Kent’s experience as a son and grandson of Southern Baptist ministers in the conservative South. Kent shares “I shocked them when I converted to the far more liberal Roman Catholic Church – though not for the theology, but because I wanted to become a nun. Well, more precisely, a monk, but only because I didn’t have the right chromosomes to be a nun. I thought that hiding myself away in a monastery where I would never see a woman again would cure me of my gender identity disorder. It couldn’t cure me, of course. Nor did dating women, getting married, and even having children. I transitioned in 2002 in Tennessee. Now I live in Minnesota, still with my children, my new husband, and my ex-wife, who remains my best friend, and who lives with us so we can raise the children together.” 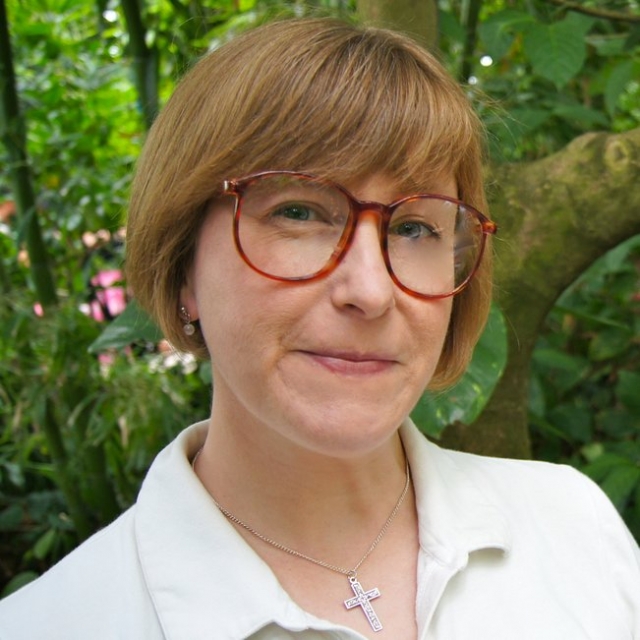 Sex Across the Catechism. Photo by Aaron Klemz

SCSU professor Jennifer Tuder presents a character named Helen in Sex Across the Catechism. She muses “I don’t know if Helen actually saw Jesus or not. I do know that Helen believes she did. I’m interested in how an ordinary Lutheran woman like Helen, who didn’t want or expect divine visitation, fulfills this call to spread the word. I’m interested in how contemporary people react to prophets in their midst. Finally, I am interested in what Jesus might have to say about sexuality in these turbulent times.”

When Effigy playwright Kristine Holmgren was a new student at Princeton Theological Seminary in 1977 a group of men hanged her in effigy. She was part of the first large group of Princeton women seeking the Master of Divinity with intentions of entering the professional ministry. The effigy in Holmgren’s image was titled ‘Women’s Center’ after a support network she was a founding member of, and some of the men set it on fire.

Holmgren states “most of my life I have tried to understand the motive for instilling fear in another. And several months ago – when the new CEO of Facebook, Sheryl Sandberg, published her business management book, Lean In, I was impressed with the feminist backlash to her relatively simple premise: women need to own the leadership they are trained to deliver. I saw Sandberg on television – she is so beautiful, feminine, confident, sexy. She didn’t deserve what happened to her. And so I wrote Effigy.”

She adds “it’s my hope that my play will encourage conversation about ‘terrorism’. Why we do it, who it serves, and what it changes in the victim and the perpetrators.”

Actor/writer Scot Moore has created a piece that’s also critical of misogyny titled Men Will Be Boys which looks at insitutionalized sexism from the viewpoints of a gamer, a child, a womanizer and a preacher. Director Emilia Allen notes “Thank God for Scot and for the other men who are learning to tell their human stories, and who are even teaching us to laugh at the tarnished, tin Holy Grail of manliness.” 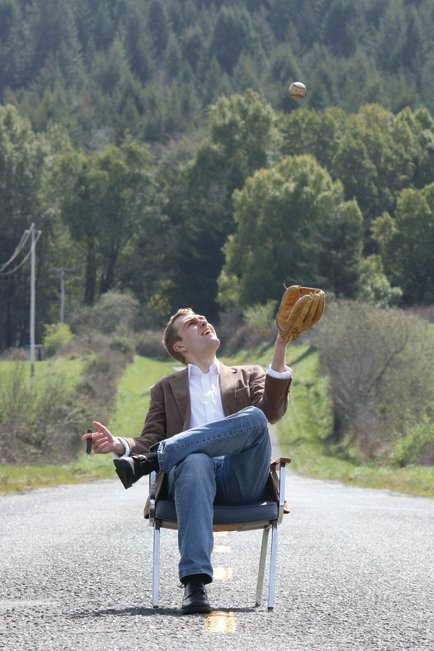 To My Son, Born Five Years From Today. Photo by Audrey Leclair

Moreover, Christopher Kehoe inquires into masculinity in To My Son, Born Five Years From Today. He shares that in shaping the show along generational lines “it’s important to me to keep the voice of a father to a son and and not veer into ubiquitous ‘primer on manhood’ ranting. Because of this, the dialectic becomes man vs.boy, rather than man vs. woman, so it dodges what would otherwise be perceived as being out and out sexism. This has the added benefit of not being compulsively heteronormative. When the play begins to talk about intimacy, it flows much more authentically as how a man should treat his partner, whoever that may be, and not how a man treats a woman.”

Kehoe also values the idea of beauty: “there are long directives about finding the beauty this world has to offer, to be a vehicle for beauty in other people’s life, that to lose your perception for beauty effectively means losing your way and becoming aimless and complacent.” Kehoe’s piece is structured on being a man – the self;  on being a human – the other; and on being a partner – the intimate.

Houston’s L. Robert Westeen presents Cocaine and Ethel Merman. He says he initially created it as a discussion piece for a GLBT youth he knew: “he was trying to figure his life out and his coming out. The best I could do is show him what my life has been thus far ad  maybe he would see some hope. It’s something I wished I had more of in my coming out.” Westeen’s is one of several queer oriented pieces which have been covered in Lavender and one of several from outside the Twin Cities. As usual, the 2013 Fringe is a great showcase for queer-oriented work.