Winter What To Do: EVENTS 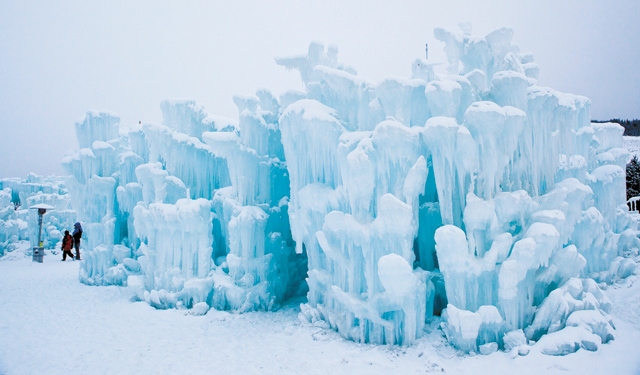 In Minnesota, “Ice Castles” might conjure images of Winter Carnival Palaces past, built of blocks upon blocks.  You might hum the song “Through The Eyes of Love” by Melissa Manchester, thanks to a tear-jerking movie of the same name about a figure skater in 1978 (I can’t get it out of my head).  You might envision “The Wall” in Game of Thrones, an expansive structure that exudes cold strength and fortification.  While each of these has its appeal and similarities, the Ice Castle at the Mall of America is a bit more like something you’d see in National Geographic.  Constructed of organically grown icicles fused together, previous Ice Castles have been popular in Utah and Colorado.  This first appearance in Minnesota is also the largest Ice Castle to date, using over 4 million gallons of water frozen and fused together artistically and architecturally to make a structure that is two acres across and over 30 feet high…complete with towers, tunnels, archways, and even throne rooms with twinkling lights.  Take your time exploring the Ice Castle and dress for the weather, you’ll want to stick around a while. 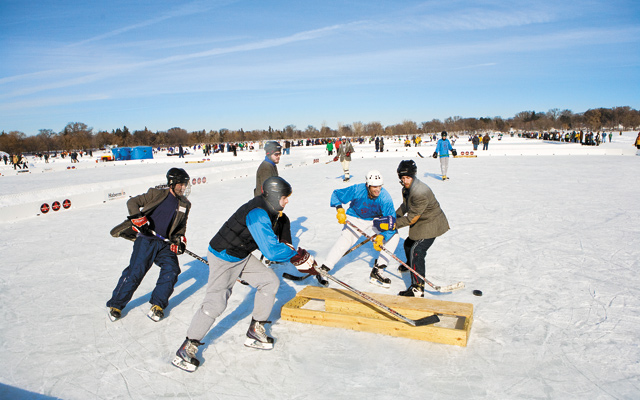 Notice a little something missing this winter?  HOCKEY, MAYBE?  Does the NHL strike have you itching to see some guys and gals strap on some blades and play hockey in front of your very eyes?  Get thee to Lake Nokomis for the 8th Annual U.S. Pond Hockey Championships and get yourself a hockey fix.  Study up by going to the website and reading about the Golden Shovel and the role it played in our Viking heritage.  And, if nothing else, go there to get some of the coolest gear our state sports offer this year–seriously, pond hockey’s goods have designs on them that rank up there with Artcrank.  Pond hockey…”the way hockey was meant to be played.”

“The Coolest Celebration on Earth” is a bragworthy title to have…that it’s been going since 1886 is even more impressive.  The Saint Paul Winter Carnival is steadfast and true as a good friend who only visits once a year, but bring with them a whole lot of fun and excitement.  Traditions of yore–including ice sculptures and parades and parties with Royalty, Vulcans, and Klondike Kates–are joined by newer traditions, such as the Beer Dabbler (as was at the 2012 Twin Cities Pride).  Even Crashed Ice (below) is crashing the party this year.  Make sure to be there. 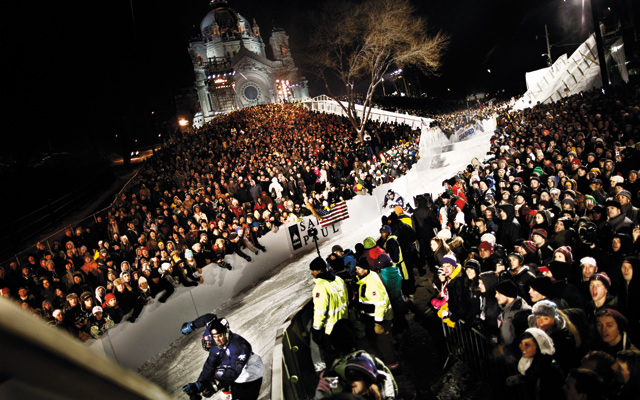 Did you make it to the big Crashed Ice World Championship in St. Paul last year?  Did you see how off the hook the Saint Paul Cathedral can be when it’s surrounded by people witnessing one of the craziest fast-paced ice events ever seen in Minnesota of all places?  A track of ice constructed to incorporate one of the architectural gems of our state, Crashed Ice was anything but sacrilege; it was a heart-pounding thing of beauty to behold.  The rules were simple to grasp–four racers at the top have to make it down to the bottom.  Easy.  Just ask some of our local mayors (ahem) and university mascots (ouch) how that track goes when you’re flying around turns and over jumps on ice skates.  Be sure to get there this year.  Taking place during the Saint Paul Winter Carnival, you can seamlessly fit it into your outdoor recreation schedule.  Dress in your winter best–and that means warm, not pretty.  Wear some Snow Trax or other cleats because the tramped-down snow can get pretty slippery on that Hill.  And, most of all, be prepared to swap stories in line for the steaming portable bathrooms.  These winter events make us Minnesotans. 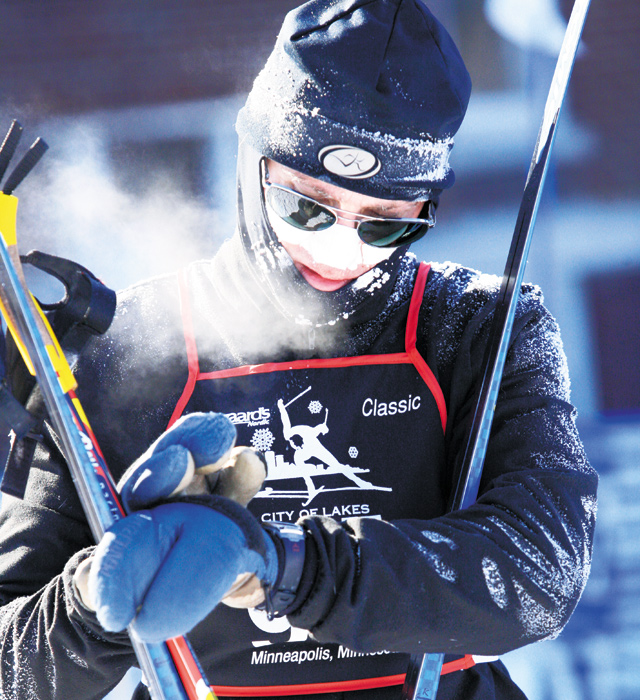 “The Urban Cross Country Ski Festival.”   Early in February, the City of Lakes becomes the City of Loppet as it will  be host to cross country racers, spectators, vendors, and artists from around the world.  A sculpture contest, plenty of beer and brats, skijoring, ice-cycling, and lovely luminaries make for an amazing weekend.  Ever heard of the Swedish game of Kubb?  No?  Look it up on the Loppet website and find out.  Then plan to watch or play it yourself.  There’s more to the Loppet than skiing!