Windy City, Take My Breath Away

The first time I went to Chicago, I was 14 years old. Since my parents both originally hail from Illinois, my dad brought me down to the Windy City for a full two days of Cubs games, deep dish pizza, and as much sightseeing as an out-of-shape eighth grader could muster. Unfortunately, there was no return trip in the following years, and while what I can still recall from that trip was pleasant, all I could associate with Chicago was the great food and shiny tourist spots. 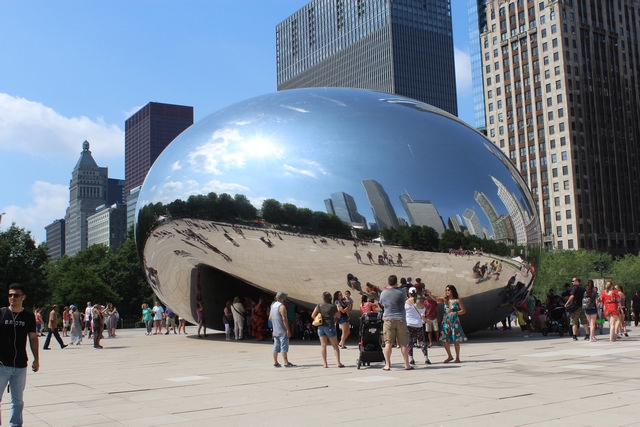 Upon returning to Chicago 17 years later, I can say without hesitation that there’s more to Chicago than that. So much more.

I was incredibly lucky to get a chance to head out to Chi-Town again, and while the tourist attractions were still there (River Boat Tours! The Bean!), and while the food was still as delicious as ever (Deep dish sausage pizza at Bongiorno’s! Cheeseburgers, cheeseburgers, cheeseburgers at Billy Goat Tavern!), I realized that I merely scratched the surface of a city that is one part architectural wonder, one part cultural melting pot, one part artistic haven, and one part treasure trove of history. 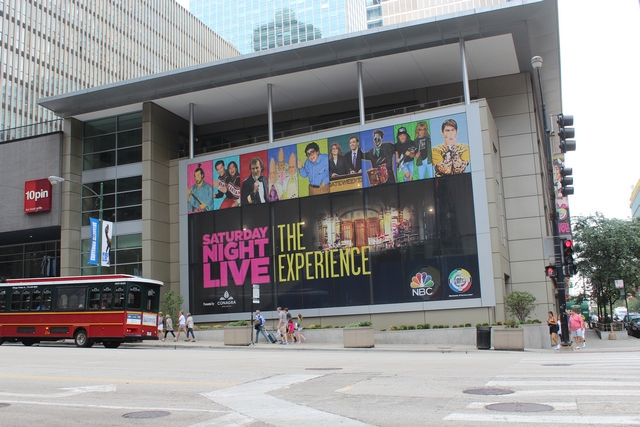 One major facet of Chicago’s history is its rich GLBT community, and the focal point of Chicago’s gay scene is none other than Boystown, a village in Chicago’s Lakeview neighborhood. And in that village sits a beautiful, stark reminder of the contributions GLBT individuals have given the world throughout the course of history: The Legacy Walk, located on a stretch of North Halsted Street. 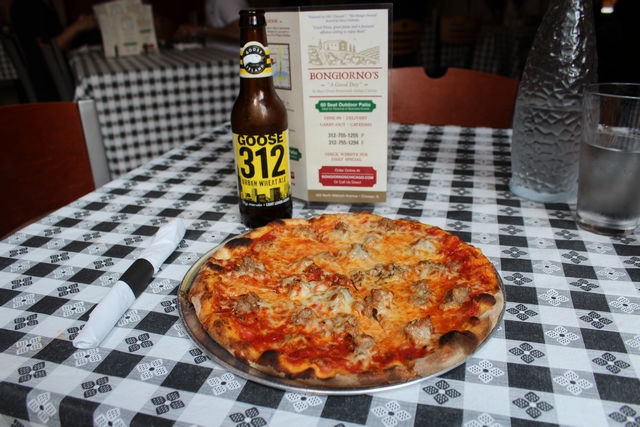 Chicago is renowned for its mastery of pizza, such as restaurants including Bongiorno’s.

“Most of the bars on Halsted Street are inside buildings that are owned by the gay people that created those establishments,” says Victor Salvo, creator and executive director of The Legacy Walk. “We’re very anchored here in terms of the amount of money that’s invested in the neighborhood, so in spite of the fact that there’s been demographic changes around us, gay people can live in more places and still feel safe.”

The Legacy Walk is the only outdoor museum and education center in the world dedicated to celebrating GLBT culture and history, with 38 bronze memorials lining the street recognizing international queer icons who have made a profound impact around the world, such as Harvey Milk, Alan Turing, Sally Ride, Frida Kahlo, Walt Whitman, and the 1969 Stonewall Inn rioters. Gay rights revolutionary Marsha P. Johnson and legendary composer Piotr Tchaikovsky are set to be added this October. 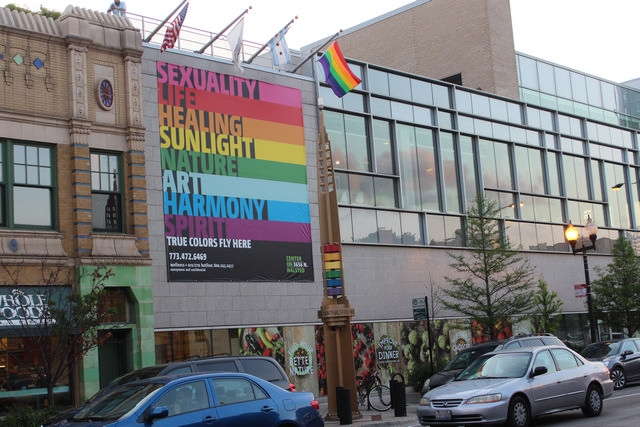 A major Boystown landmark is the Center on Halsted, a GLBT community center that offers a myriad of social services.

“I was inspired back in 1987 by a whole bunch of different political upheavals that were happening,” says Salvo. “I was the chairperson for the March on Washington from this region… I was struck by this idea that we were part of living history. Now there was a plague that was going to kill every single person. We were expected to embrace our shared legacy as a people, yet no one knew what it was. Who will remember who came before us when we’re gone, if we don’t know ourselves?”

Twenty-five years after Salvo’s idea gestated, The Legacy Walk was born on Oct. 11, 2012, complementing a vast array of GLBT-friendly hotspots in the area. The biggest one, by far, is the Sidetrack nightclub, a boisterous and colorful attraction with great drinks and a Showtunes Night, where you can witness (or join in) a chorus of grown men singing along to songs from Frozen or Evita. 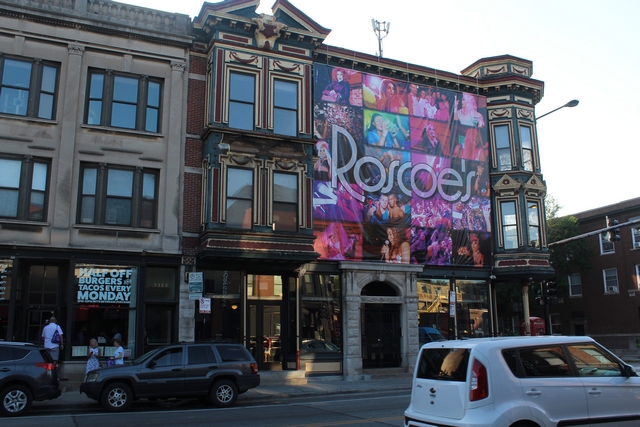 The Boystown village boasts a wide array of GLBT clubs and dance venues, such as the Sidetrack, Roscoe’s, and Cell Block.

Another gay landmark is the Center on Halsted, a GLBT community center that offers social services ranging from HIV testing and counseling to computer training and culinary arts programs. Halsted Street also offers up Lark, a bar and restaurant that regularly puts on Dinner and Drag shows, as well as Cell Block, best known for leather nights and Saturday “Furr” nights for the most hirsute of fellas. 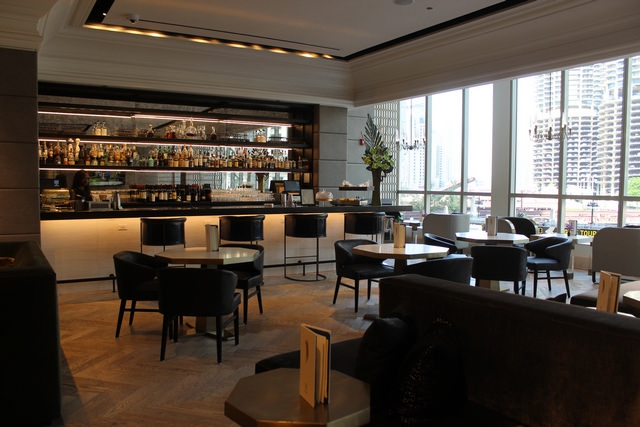 Of course, I wanted to take in as much of Chicago as I possibly could. The main hub for my stay in the city was the immaculate luxury riverfront LondonHouse Chicago, an absolutely stunning display of old school-meets-new school architecture that is literally steeped in Chi-Town history. 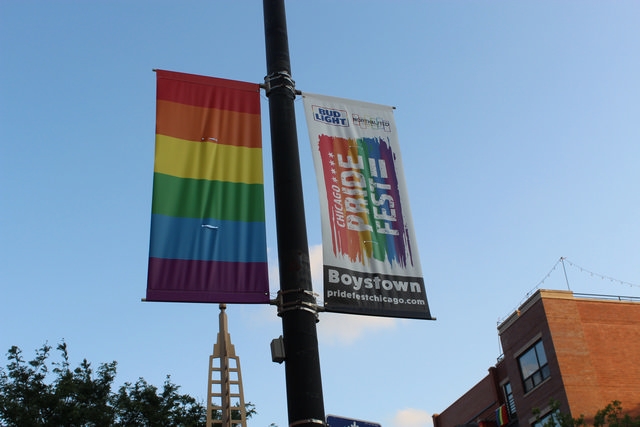 Boystown has long served as one of the largest GLBT communities in the United States.

“This is the site of Ft. Dearborn, so literally the very first building ever built in Chicago was built right where we’re standing,” says LondonHouse concierge Shannon Boland. “Our tagline is ‘It Starts Here’, because the city literally sprang from where we are.”

Now, I like living the good vacation life as much as anyone, and I’m happy to report that LondonHouse gladly accommodated me. From the regal suite that oversaw the Chicago River, to the excellent rooftop dining experience (try the lamb blade steak), to the 80-minutes-of-sheer-ecstasy that was the LondonHouse massage spa, it was the perfect companion piece to a beautiful Chi-Town adventure. 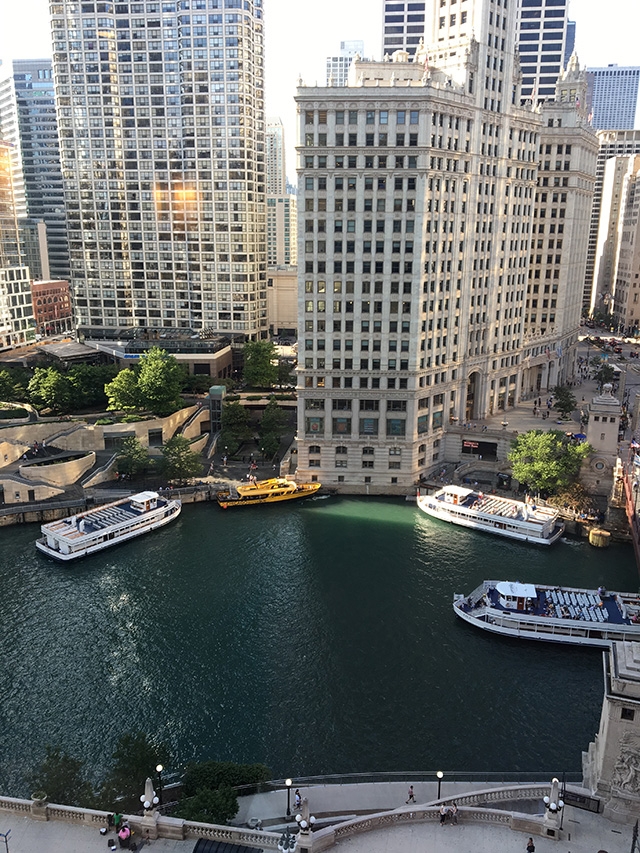 When I wasn’t being completely overwhelmed by the sheer cinematic scope of downtown Chicago, I was mesmerized by all the wonderful things and places the city had to offer, such as the famed Millennium Park, where you can enjoy free film nights, concerts, or even yoga in the park; the aforementioned boat tours, where you can soak in the history and beauty of Chicago with the help of Midwestern gondoliers; and my personal favorite, the Museum of Broadcast Communications, which currently features a terrific Saturday Night Live exhibit (through this December) with authentic props, sets, scripts, and memorabilia from the sketch comedy’s history. And Boland believes that fall is the prime time for tourists to come visit the city. 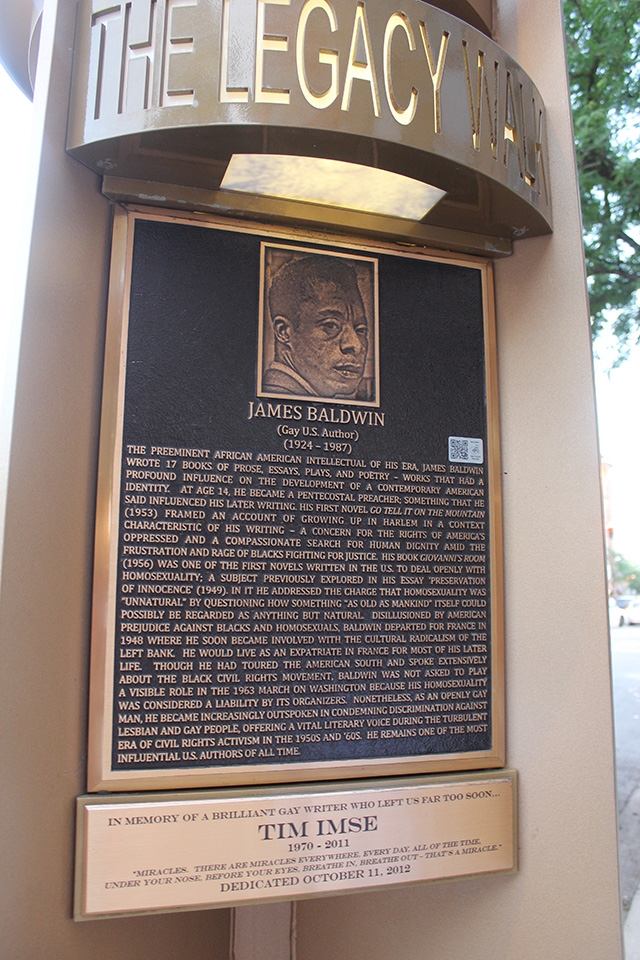 The Legacy Walk in the Boystown neighborhood enshrines nearly 40 international GLBT legends and luminaries up and down Halsted Street.