Why “Wicked” Keeps On Defying Gravity at the Orpheum 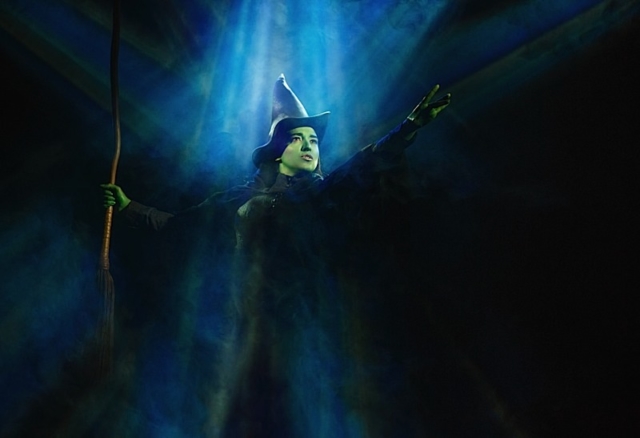 Wicked: The Untold Story of the Witches of Oz — The Musical, doesn’t seem even remotely ready to end after 14 years since it first opened on Broadway. That’s because it speaks to our time across cultural divides. Having seen it four times, I have come to feel it to be one of those towering artistic works that keeps unfolding the more you see it and the closer you watch it. Moreover, the tour production currently at the Orpheum is in top form.

When I first saw Wicked I was blown away by the “Defying Gravity” solo that Elphaba sings in defiance of the authoritarian powers of the Emerald City. I was so overwhelmed by its power and beauty that the second half seemed anticlimactic, eclipsed by act one. However, a show that’s this popular must have something going for it. So I watched more closely the second and third times and realized I simply had to shift mental/emotional gears. And when I did that, the whole scope of Wicked became splendid to behold. 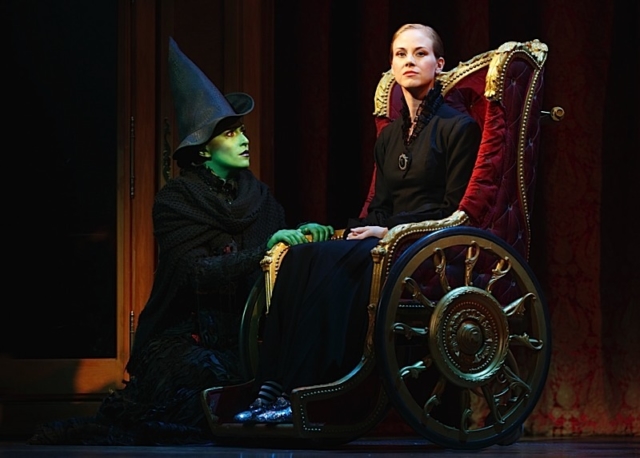 In act one, green-skinned Elphaba escorts her bitter wheelchair bound white sister to college. The most popular young woman on campus is Galinda (who comes to be known as Glinda). She’s like a blonde bombshell out of 1950s pop culture. It’s a proverbial clash between the homely girl and the pretty girl, containing the metaphor of race favoritism without getting culturally specific to the “real world” you and I live in. In addition, the audience is made to consider just what is beautiful and what’s not? Who has the right to decide that for the rest of us anyway? And contrary to what so many advertisers think, you never know who may be attracted to whom.

Beyond the skin issue, Wicked portrays how Elphaba’s humane qualities outdistance all her peers in act one. Being “the other” has made her sensitive and empathetic with those dealt a raw deal by social structures. She stands up for Animal rights. But they are not animal rights as we know it. In the land of Oz Animals (with a capital A) not only have the capacity to speak but they can move up the social ladder and even become professors. When the Wizard’s regime cracks down on them, Elphaba knows something is rotten in the state and her sense of justice is ignited. 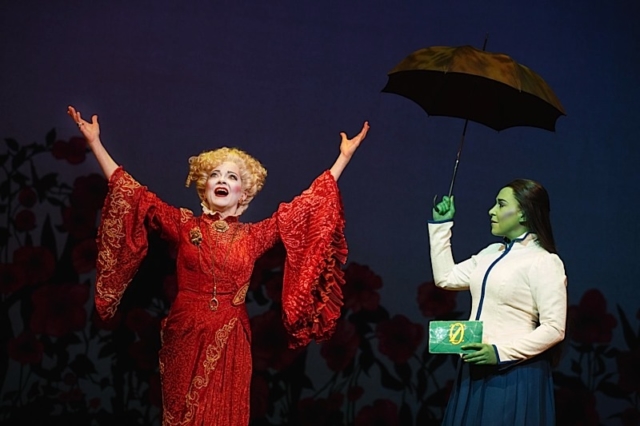 However, Elphaba’s great gift is her raw magical talent. Madame Morrible, the magic studies professor, makes Elphaba her star pupil. Hence, Glinda is infected with jealousy because her own magical powers are limited and of course she has always expected to be teacher’s pet. But Elphaba doesn’t have to flatter to get Madame’s interest. Her innate raw powers are her unpretentious calling card. The “Defying Gravity” number is so uplifting, literally and metaphorically, because it marks Elphaba’s rite of passage into those powers. At the Orpheum, Alison Luff’s delivery of the song is enthralling. 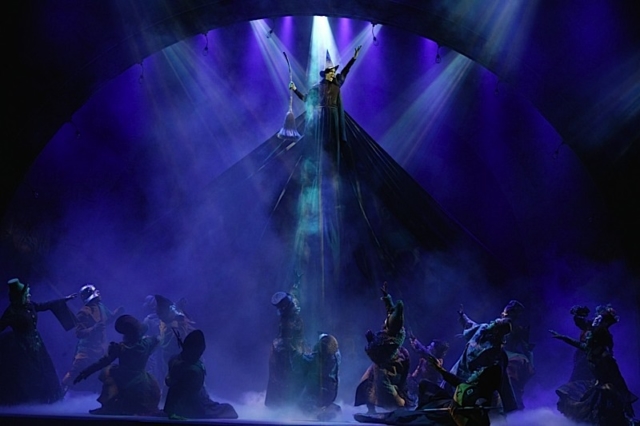 Act two, however, marches to the beat of a different drum indeed. Why I suspect Wicked continues to draw us in now that we have been through two presidential administrations and are now into the third since its premiere, is because act two is about government. I am so pleased when I see girls and young women flocking to see it because it has a deeply embedded critique of how women can, should, and should not wield power.

Winnie Holzman’s script, known as the book for the musical, has been underrated. Holzman had thought long and hard about the gravity that women in power must harness in order to be wise rulers. She has concluded that women in power is a great idea, but you must know how to use that power. And virtuous Elphaba becomes a target of less virtuous women in power. Targeted by Glinda, who becomes Oz’s supreme leader, and Madame Morrible, who ascends to chancellorship under her, Elphaba’s life is sent into a tailspin. 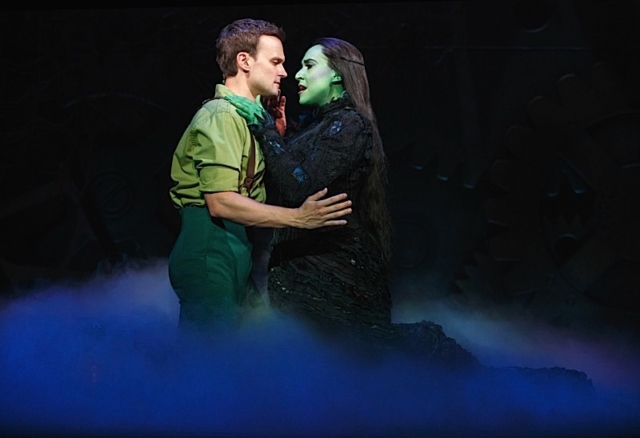 Moreover, her disabled sister Nessarose, has become the tyrannical governor of Munchkinland and, like Glinda, she has the personal foible of compulsively trying to control the man she loves. Yet the man doesn’t love her in return. Holzman, drawing from Gregory Maguire’s novel source, makes the connection between a mean-spiritedly run private life and a mean-spiritedly run public life. Ironically, we know that Elphaba should have been the one to lead all along. 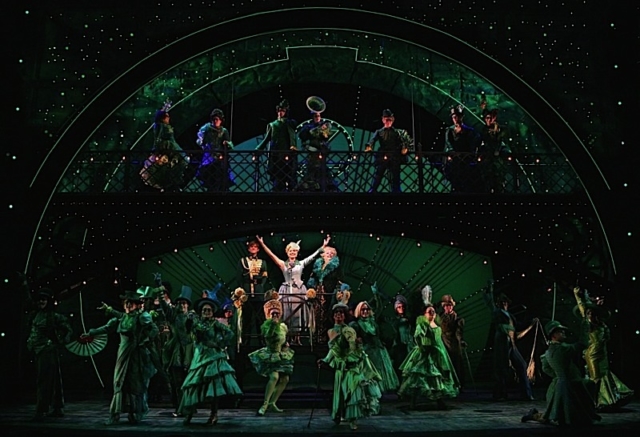 That said, in closely watching the musical to its conclusion, Glinda nonetheless must set up in herself a will to change for the better. On an instinctive level she knows that tyranny cannot stand after it reaches a saturation point. To play Glinda effectively requires subtle but definitely consequential moments to convey her transformation into its full dimension from beginning to end. At the Orpheum, Jenn Gambatese achieves that transformation with nuanced subtlety, the brilliance of which I have not seen in any previous Glinda. She is utterly numinous.

Director Joe Mantello has masterfully shaped the full rich scope of this landmark musical. One of the great touches he has made is how the flying monkeys may be cruel but they are an oppressed, exploited class. Think of a government that uses its police and military for wrong, rather than for good. On some level those being used know they are being used. This is just one detail to remind us how Wicked is a world and a reality unto itself unlike anything ever staged in the theater.