What A Queendom Should Look Like: ‘SIX’ At The Ordway 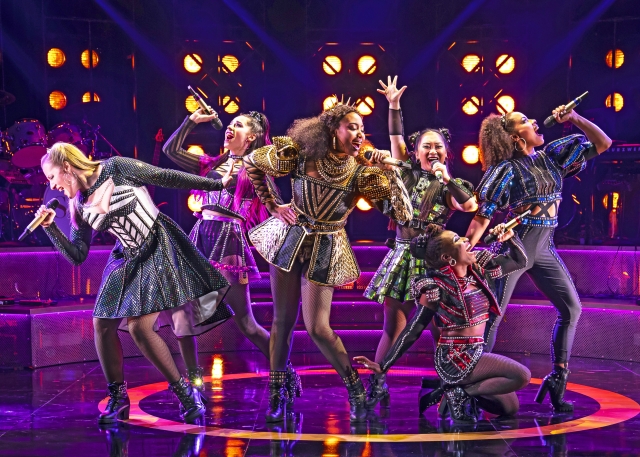 The cast of SIX channel their inner divas as they take the stage as King Henry VIII’s ex-wives-turned-girl-band.

Perhaps it isn’t in the form of a royal divorce or a tragic beheading, but we’ve all been wronged by someone. For queens Catherine of Aragon, Anne Boleyn, Jane Seymour, Anne of Cleves, Catherine Howard, and Catherine Parr, that person who wronged them was King Henry VIII. But in SIX, these queens are taking the power back in the most excruciating kind of revenge: forming a girl band.

Unlike traditional musical theater, SIX is performed like a concert; there’s no fourth wall, and the six cast members don’t leave the stage for the duration of the 75-minute show. The queens—played by Adrianna Hicks, Andrea Macasaet, Mallory Maedke, Nicole Lambert, Samantha Pauly, and Anna Uzele—share the stories of the men who have done them wrong, one in particular a commonality among them all (ahem, King Henry VIII).

“The story of SIX is so global. We’ve all been wronged by someone, and everyone in the audience can look at the stage and know what it feels like to be in a situation similar to the queens’,” says Nicole Lambert, who plays Anne of Cleves.

Though only some of the cast members knew each other prior to the show, they all are in agreement that their favorite part of being in this production is the sisterhood—both on stage and off.

“I love the sisterhood and the bond we have with everyone in the cast. It’s really about women coming together as one in this journey, and that’s touched a lot of people outside of the cast as well,” says Andrea Macasaet, who plays Anne Boleyn.

Anna Uzele, who plays Catherine Parr, says she enjoys being a queen in SIX because it feels good to not be cast to portray a stereotype. “We all get to be ourselves; we get to be real women, real people,” Uzele says.

In addition to its abundance of sparkle (seriously, the queens compare Macasaet to Beyoncé in one of her solos), SIX can relate to the GLBT community as it highlights issues that are experienced throughout marginalized communities.

“While SIX doesn’t specifically address any LGBTQ issues, it does have a lot of issues similar to those of any marginalized community,” says Lambert. “It’s about the struggle of being a human.” 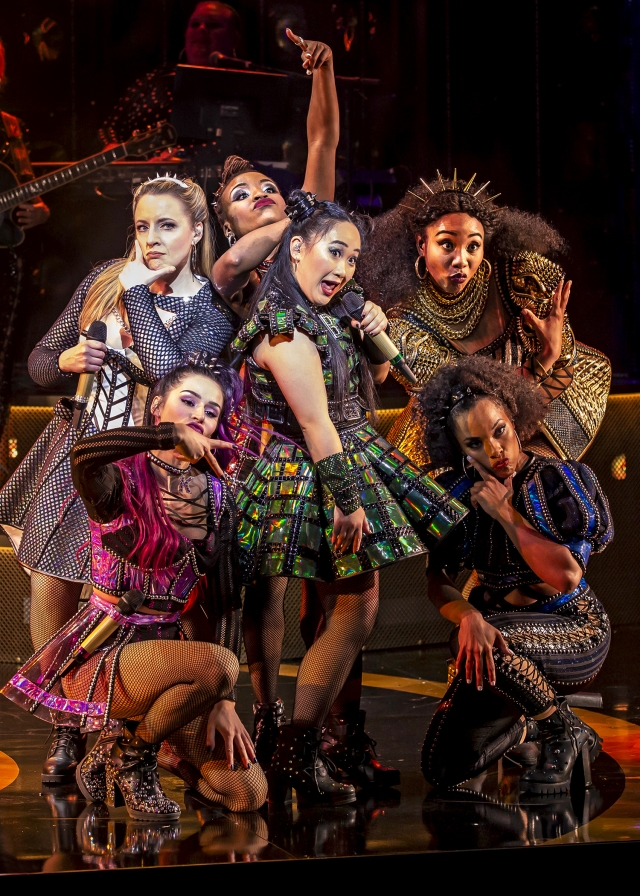 The main target audience of SIX is teenagers, especially 12- and 13-year-olds. Not only are young faces filling the audiences bowing down to these queens each night, but they’re also engaging with the cast members on social media. Many reach out in direct messages, sending photos of costumes they’ve made at home or sharing drawings they’ve done of the queens.

“It’s important for people to watch women support women. Young girls see us as an example of what sisterhood is like. This is what a queendom should look like,” says Adrianna Hicks, who plays Catherine of Aragon. “It’s a message to not compare yourself to others, to love yourself for who you are, and to treat everyone with respect.”

The queens of SIX say the audience should come prepared to scream. “Get hyped beforehand, and prepare to be hyped the whole time,” says Macasaet. “The audience is a whole other character who gives energy back to us.”

“Whatever you do when you go to a concert, do that,” adds Uzele. “If you pregame or go out to eat, prep for SIX the way you do for a concert.”

If you really want to prepare for a concert with the queens, you better start listening to the soundtrack now. (Singing along isn’t just encouraged, but you’ll get beheaded if you don’t. Kidding. But still, you should listen.) And what are the queens’ favorite songs? Well, I’m glad you asked:

“It varies every day depending on my mood. I can’t choose,” says Adrianna Hicks, Catherine of Aragon.

“The most fun is ‘No Way.’ The lights, looking like Beyoncé, it’s a great time,” says Andrea Macasaet, Anne Boleyn.

“‘I Don’t Need Your Love.’ It’s such a hype, epic moment. We all break down the fourth wall at the same time. It’s like we’re finding different people in our lives we’re telling things off to,” says Nicole Lambert, Anne of Cleves.

“‘Get Down’ is my favorite song. It’s been my favorite since auditions,” says Samantha Pauly, Catherine Howard.

“I have a love/hate relationship with ‘All You Wanna Do.’ It’s so hard, and I’m always so exhausted by the end of it, but I also feel so proud of us because we went on this crazy journey together. My bones are dead, but it makes me feel so alive,” says Anna Uzele, Catherine Parr.