We Love You, Birdie 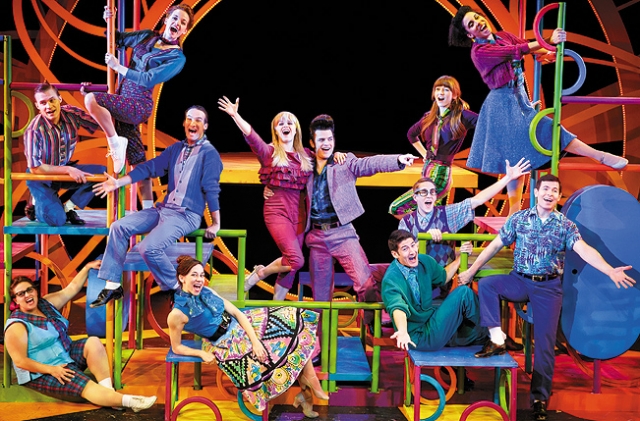 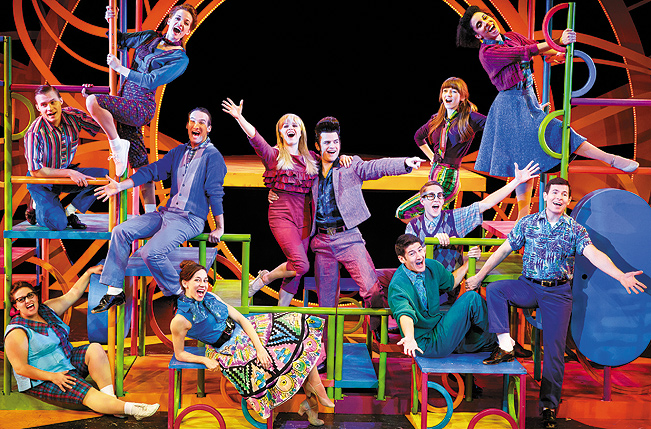 Think of Chanhassen’s current show (and, for that matter, all the theatres’ productions) as a much-needed buffer zone between November’s political bombardment and the upcoming holiday melee. Bye Bye Birdie erases the divide between red state and blue state and bridges the gap separating Nordstrom from Target shoppers—for who, in revisiting back to the Fifties, doesn’t adore rock idol Conrad Birdie? (Think: Elvis.)

Called to duty by the U.S. Army, he’s about to impart one last, big, media-managed kiss on the heartland fan who’s won the blissful buss in a nationwide contest. That’s the plot in a nutshell. And, cracking open the nut, it doesn’t get much more meaty. That’s the downside. (You want King Lear, you go elsewhere.)

And that’s the upside, too, and plenty of it. So, “Put on a Happy Face”, as a seminal song-and-dance number cajoles us; sit back and enjoy the good times of the rockin’ Fifties musical. It won 1960 Tonys for Dick van Dyke and Gower Champion, and the current revival—the first-ever regional production of Birdie—is, to put it simply, super-Chan, showcasing the dinner theatre doing what it does best. Nonstop.

The thinnest of plots revolves about the romance between Conrad’s manager, Albert (talented Michael Gruber, as shy and nerdy as anyone named Albert should be while singing and dancing his socks off) and team secretary Rosie (endearingly played by Ann Michels). They’re backed by Chanhassen’s always-spectacular ensemble, a highly-caffeinated troupe that delivers the ebulliently fresh and entrancing choreography of resident genius Tamara Kangas Erickson. With verve and precision, Andrew Cooke conducts the live band in this showcase (and send-up) of marketers’ manipulation of media personalities. Only the set fails to sizzle, and actually looks a bit silly, like an amusement park on a limited budget. (Was it an outtake from Xanadu?)

Birdie’s delicious musical numbers—frothy and ephemeral as the fizz from a bottle of Veuve Cliquot—capture the hyper-teens of the Fifties in “The Telephone Hour,” “Penn Station,” and (I’m not making this up) a hymn to Ed Sullivan. Michels as Rosie finds the warmth and wholesomeness in her yearning solos, and Conrad (Frank Moran, swiveling those hips like the best of ‘em) croons a swoon-worthy “Honestly Sincerely.” As Albert, Gruber prances jubilantly through the ringer “Put on a Happy Face” while his mother (the snarkily funny Seri Johnnson), a manipulator who out-Gypsies Ethel Merman’s Rose, pulls out all the Jewish Mother tricks (although she’s named Peterson).

And here’s a confession. I arrived thinking, “Why put on this show?” but there I was, singing “We Love You, Conrad (Oh Yes, We Do-oo)” the loudest of all.

The production continues through March. For tickets visit www.Chanhassen.com.