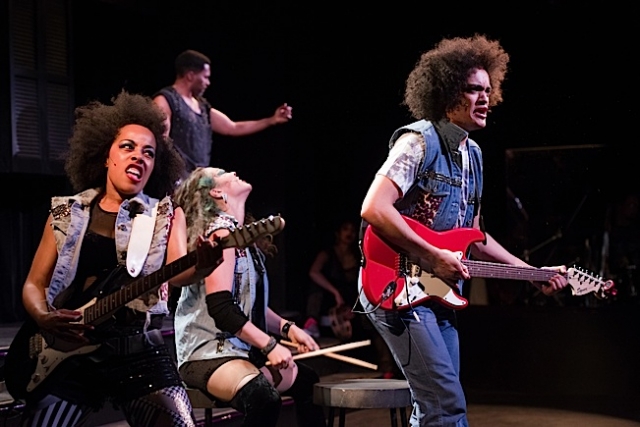 Mixed Blood continues to heighten its reputation as a destination for well-produced contemporary musicals. The 2008 Tony-wnning (Best Book of a Musical) rock opera, Passing Strange, is right in alignment with the theater’s commitment to thought-provoking discourse from diverse perspectives.  It’s also better than The Book of Mormon and as good as In the Heights and Billy Elliot, which were also big Broadway musicals of the same period that gained a lot more steam because of marketing favoritism by the Big Guys.

Co-creators Heidi Rodewald and Stew draw from Stew’s own story of his youth. The protagonist, simply called Youth (a fluid and thoroughly natural Nathan Barlow) takes us on a personal and artistic odyssey as a young musician, from his stifling religious upbringing in California to hedonistic Amsterdam to the hard neo-totalitarian edges where Berlin’s punk rock scene intersects with doctrinaire Marxism.

There seems to be a sublimated commentary on the contrast between African-America’s emotion and melody-driven soul music scene of the 1970s and the categorical anger and pounding sounds devoid of nuance that consume much of punk. This ironically makes it a hyper-macho tool of the corporate machine that devout punkers often delude themselves into thinking they are defying. But face it, it is gentle and sensual melodiousness that tames the savage machine. And one of this production’s great exponents of this is the fabulous Jamecia Bennett as Mother. 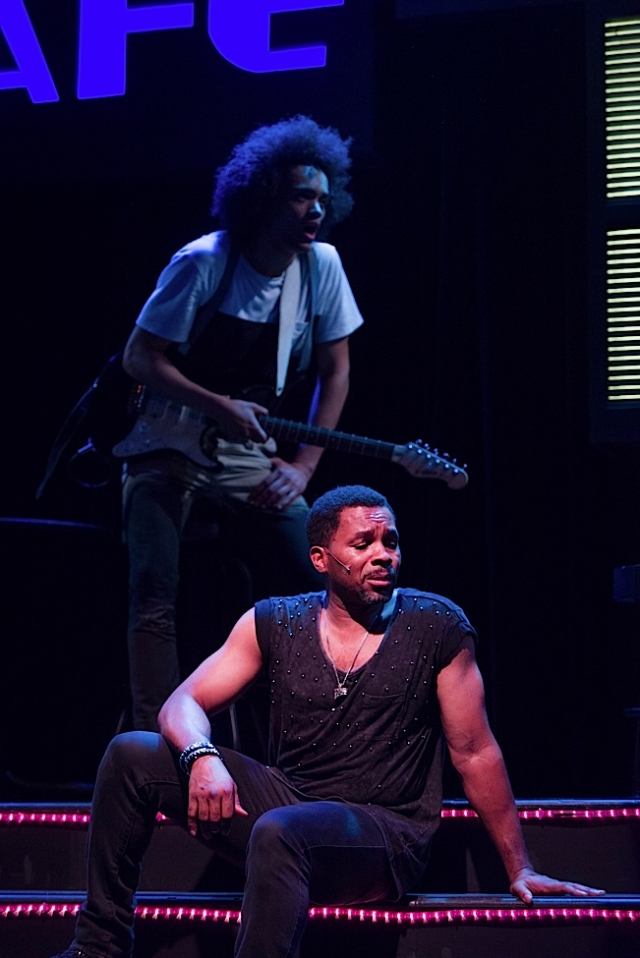 Anthony Manough as Narrator (essentially Stew) has shaped his role with masculine toughness and achingly wise humility. The root of his disquietude is not racism, but something within himself. There’s something very deep and brave in Manough’s performance.

Director Thomas W. Jones II and music director Jason Hansen have steered a wonderful cast and band that captures the contrasting musical and philosophical styles with joyfully soaring vibrancy. It’s like stepping back in time and finding new meaning about where we have been. 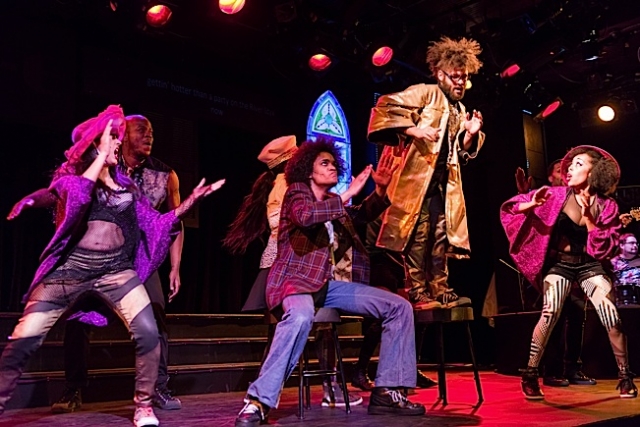