War Horse – Blessed are the Beasts 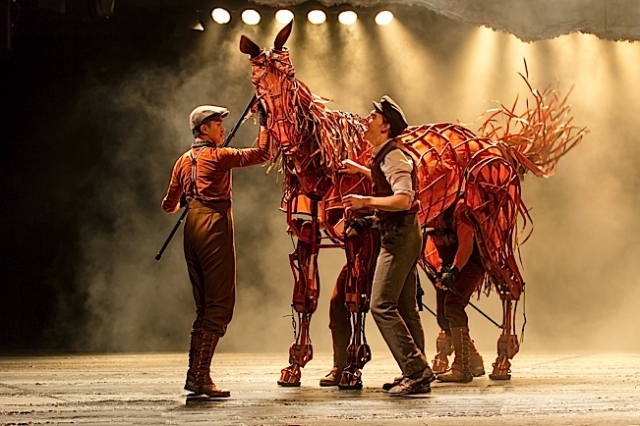 Here’s a big Broadway show that actually lives up to the hype. Playwright Nick Stafford’s Tony Winner for Best Play of 2011 has landed at the Orpheum via the Hennepin Theatre Trust and tells its story of a youth and his horse with a direct connection to the human heart. Marianne Elliott and Tom Morris’s direction transports us to the time just before and during World War I when parochialism and patriotism were the state of things in rural England. 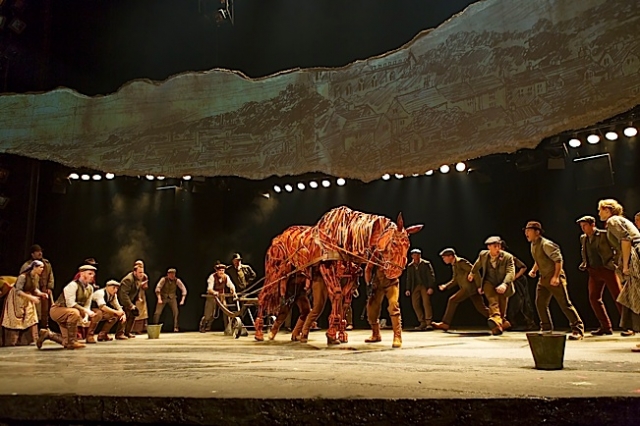 The Michael Morpugo book was also adapted into a Spielberg film but the stage version is its own animal, to be experienced fully on its own terms. Joey the horse, is a puppet manipulated and interpreted by Chris Mai, Harlan Bengel, and Rob Lacqui. The nuance of Joey’s natural and involuntary reactions -like the quick jolt of his head, how he munches, his quick-triggered skittishness-  are beguiling. His whinnies are enthralling and sometimes frightening. He seems like a real animal. 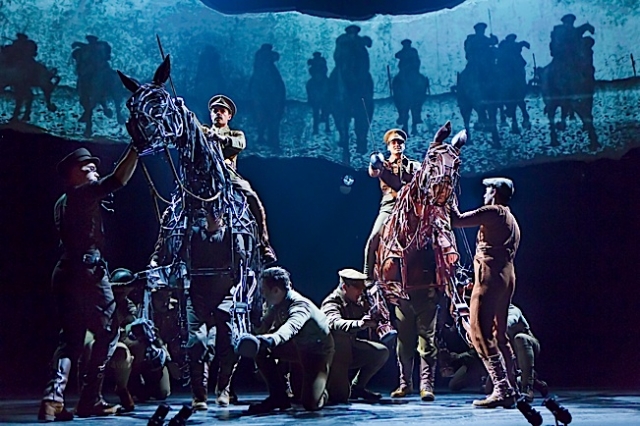 And that’s the central point of the show. Indeed, the fact that Albert (an endearing Alex Morf), his teenage owner, is devastated by his beloved horse being sold into military service is a downright wrenching element of the show, but the vulnerability of horses in this man-made horror known as war is what lifts this play to the next level of consciousness. We’ve seen countless pro and antiwar films that show us the human tragedy of war (which this production surely does as well), but few ever show us the tragedy of what animals endure. There’s a scene where Joey is trapped in barbed wire that simply stuns as soldiers on both sides drop their defenses to help. Blessed are the beasts.