Wanda Sykes on the Organics of Coming Out, Being Married with Kids, and Fast Friend Fonda 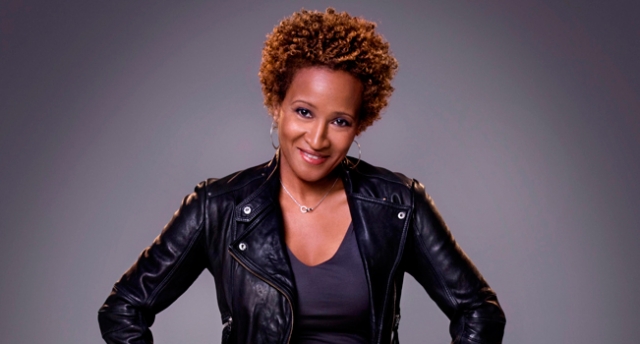 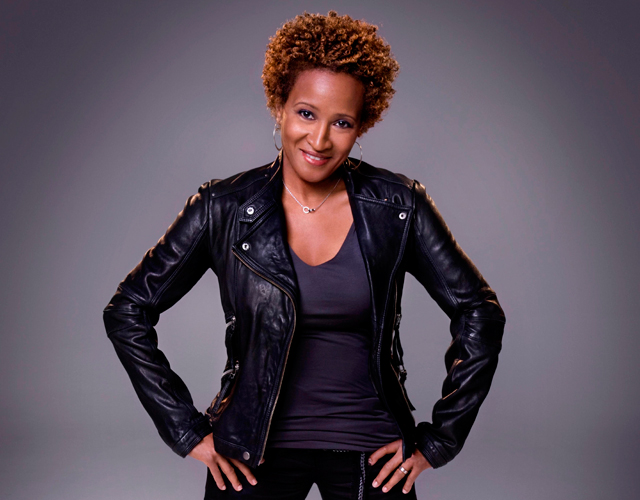 Onstage, Wanda Sykes is a comic genius who tells it like it is. Onstage and offstage, she stands up for issues like marriage equality and homeless queer youth. Moreover, coming out in ’08, her marriage to Alexandra a month before that, and the birth of their twins, actually seems to have increased her public demand. Sykes was publicly incensed about the passage of Prop 8 at the California ballot box which eliminated the right of same sex couples to marry.

Nominated for three Emmys and winner of a GLAAD award for positive images of gays and lesbians, Sykes is that exceptional sort of entertainer whose wit bridges the gap between races, communities, and orientations. She plays the Orpheum on Saturday evening, Sept. 28 with her distinctive brand of ribald humor. I recently spoke with Sykes about her political concerns, family life, African-Americans, and some of the greats she’s worked with.

JT: You were out to friends and family long before you went more public about it at a rally in Las Vegas, 2008. You just didn’t feel the need to do that before then?

WS: I had thought about it. My agent and my publicist had always been supportive and my publicist was like, do it when you’re ready. There’ll be an opportunity and you’ll feel it and you’ll know it and that’s when you should do it. So, that’s what happened. Earlier it would have been a ‘Hey! Stop the Presses!’ moment and I didn’t want it to be like that. I did want it to be organic.

JT: You were motivated primarily by the defeat of Prop 8?

WS: Right. It was bittersweet. I was so elated that we elected Barack Obama, the first African-American President and then at the same time, in my state, I was reduced to a second class citizen. I’m sittin’ here with my wife and it was like, oh wow! They just told us we’re not married! That’s just crazy. You don’t feel like an American.

WS: I agree that the lgbt community needs to do more outreach to the African-American community, but I also believe that means that alot of African-Americans who are lgbt need to get involved, to speak to our communities, because we have so many lgbt African-Americans who are sitting in church beside the people who are voting yes. I wasn’t surprised. African-Americans are pretty conservative and then the church and pastors who are preaching hate and telling them it’s a sin. It’s more about educating and hopefully changing some hearts and minds by starting the conversation.

JT: Where do you get your comedy ideas?

WS: Everything for me has to come from, be grounded in reality, basically. So I just get up there and tell you what’s going on in my life – what’s happenin’ in my world. Right now, alot of it is about bein’ a mom. I’m 48 and I have three year old twins and man, it has changed my life. People ask if motherhood changes you. It doesn’t change you. You just don’t get the time to do the shit that you like to do.

JT: What’s it like working with Larry David in Curb Your Enthusiasm?

WS: I love doin’ that show. Larry – he’s hilarious and I just get to yell at him. I love makin’ him laugh. And when he cracks up, then I laugh, and then we gotta do everything over again. Usually I don’t even know what the scene is until I get there. It’s all improv. It’s stressful but it’s a fun gig.

JT: I loved the chemistry between you and Jane Fonda in Monster-in-Law. Brilliant. Did you know her before that film?

WS: I met her on that film. I give total credit to Jane Fonda. I’m goin’ oh my God, I’m workin’ with Jane Fonda. An icon. A legend. And she was just so sweet and genuine. She just put me at ease, like hey, we’re two actresses here. There was no pretentiousness or arrogance or anything about that. She was great. She just really put me at ease and we became fast friends and we still keep in touch and visit each other. She’s a great lady – a good friend. We would love to work together again.