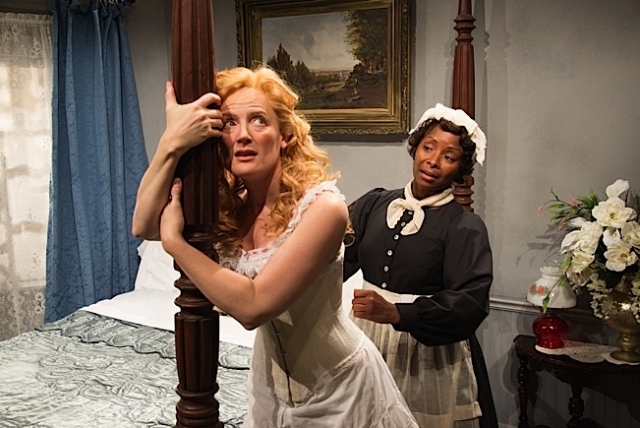 Penumbra Theatre continues its compelling reflections on how African-Americans are and can be viewed. Director Lou Bellamy, who has made his mark as the nation’s foremost director of the very dramatic plays of August Wilson, has turned his hand toward one of the leading playwrights of today, Pulitzer Prize-winner Lynn Nottage. What’s more, the play is a comedy, something typically not associated with Bellamy and Penumbra.

Nottage’s By the Way, Meet Vera Stark recalls 1930s Hollywood when black women were almost universally depicted in menial roles that lacked dignity and fullness. It’s not so much that they were generally cast as characters who did menial work but that there was little to no in-depth examination or exploration of character in the roles they played. Imagine human window dressing.

Charismatic Crystal Fox plays Vera, a black working actress who hopes to be cast in an epic of the Antebellum South that is rumored to actually have some substantive roles for black actors. Fox brings forth a gritty tenacious quality in Vera that  inspires, while at the same time revealing the distressing effects caused by daunting racial barriers that black performers of the time had to contend with.

In Act II the period shifts to a 1970s television talk show where Vera is celebrated yet patronized. She and her old mysterious white actress friend, Gloria (an elegant Norah Long) reveal captivating information that was beneath the surface in the ’30s and before.

In turn, the talk show is commented on in the present day by Greta Oglesby and Jamila Anderson as two very different cultural critics. The rapport between these two is crisp, conflicted, and hilarious. One is nuanced and empathic, the other a strident lesbian with an axe to grind.