Unearthing The ‘Land Of Enchantment’ 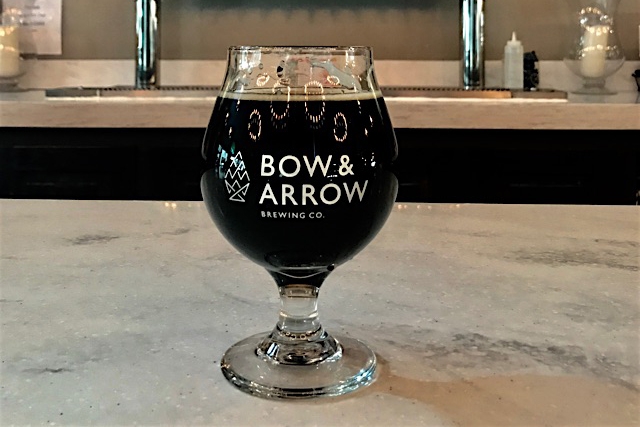 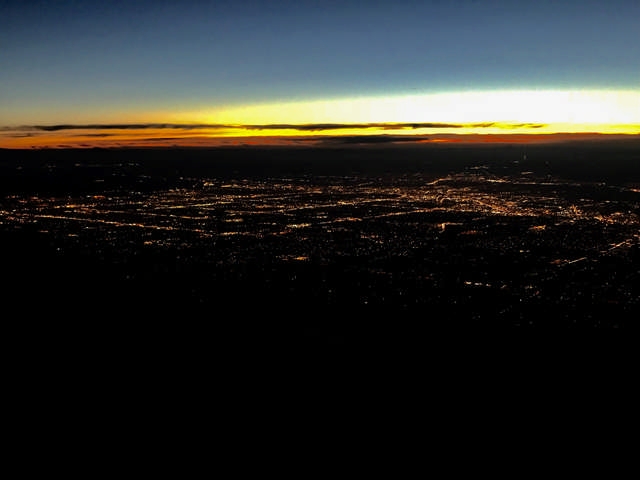 The view from the Sandia Peak Tramway.

I have an extensive list of destinations I want to visit. Japan is towards the top. I haven’t made it to New Orleans yet. When coworkers and friends rave about their adventures, I pull out my phone and add those places, too.

I recently found myself in an airport of a city that wasn’t on my list.

I know people who have lived in Albuquerque, New Mexico. They like it. But I haven’t heard anyone rave about it. That was until I entered the city. It’s like residents are keeping a secret they want to blurt out, but they don’t want too many people to hear about it at once. So, I turned this trip into an investigation, mostly because I feel like need to share what is going on there.

Albuquerque, with a population of about 558,000 residents, is the balance between the wilderness and a bustling metropolis. There’s plenty to do outdoors, but your phone still gets service. You don’t have to make your own food. In fact, you shouldn’t—there are some really good restaurants. At the same time, traffic isn’t an issue and everything you need is less than 20 minutes away. 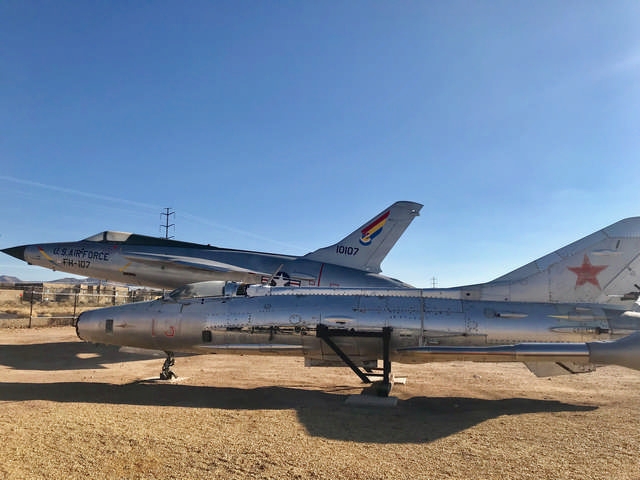 Don’t miss the park of bomber planes, missiles and bombs at The National Museum of Nuclear Science & History.

Because of its balance, this guide to “Burque” is divided into two main parts: what you can discover outdoors and what “city-like” offerings you should check out.

Exploring the outdoors in New Mexico

The state of New Mexico is nicknamed the “Land of Enchantment” because of its scenic beauty. Even if you don’t thrive while on a hike, you will want to explore these stops.

I have gone on the aerial tramway in Palm Springs, but Albuquerque’s Sandia Peak Tramway is ten times better. Located about 20 minutes from downtown Albuquerque, the 15-minute ride carries you 2.7 miles over gorgeous terrain, ending at an elevation of over 10,000 feet. A staff member rides along with you, answering questions and tossing in tidbits along the way. The view from the top is breathtaking. I timed out my visit so that it would take place during sunset, and it was well worth it, despite the chilly temperatures at the top. If you go during the day, plan some extra time to explore the 11,000 square-foot National Forest that awaits. This was the best thing I did during my trip and it is a can’t-miss.

Spanning 17 miles on the western side of Albuquerque, the Petroglyph National Monument protects designs and symbols carved into volcanic rock by Native Americans and the Spanish anywhere from 400 to 700 years ago. I don’t consider myself an outdoorsy guy, so I enjoyed hearing the trails have a wide array in lengths, with the shortest coming in at 15 minutes and the longest clocking in at a couple hours. A morning walk through here is a great way to start your day. 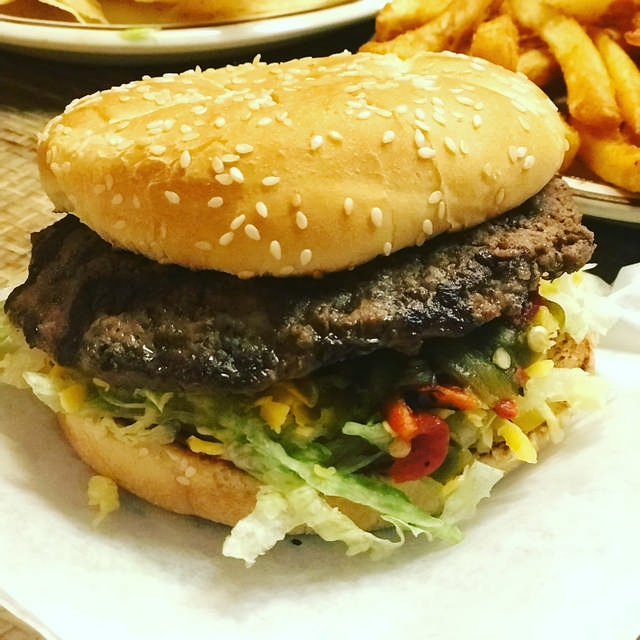 Order something with green chiles at the Frontier, an Albuquerque staple since 1971.

Albuquerque has plenty of cultural and social activities.

The National Museum of Nuclear Science & History is intriguing, and honestly, quite special. The history lesson showcasing the development of the atomic bomb is portrayed much better here than it was in high school history class. In July 1945, the first atomic device was tested in the New Mexico desert, which some say changed the world forever. Outside the Museum, you can get up close to bomber planer, missiles and bombs.

Located near downtown Albuquerque, Bow & Arrow Brewing Co. is lesbian owned-and-operated. Founder Shyla Shepard was born and raised on the Fort Berthold Reservation in North Dakota, where she is a member of the Three Affiliated Tribes. Co-founder Missy Begay is an Albuquerque-native and was raised on the Navajo Nation. With their Native American heritage, Bow & Arrow is the first brewery in the United States owned by Native American women, which is impressive in an industry that is typically dominated by males. Before you stop by, check out their website for when various gastropub fare and food trucks will be available.

Albuquerque’s microbrewery industry is really taking off, and you can see that through Bosque Brewing Co. Since opening in 2012, they have expanded to five locations in New Mexico, serving beer, along with quite the food menu. Their beers have received national acclaim: Bosque Brewing’s Acequia Wet Hop IPA has taken home mulitple awards from the Great American Beer Festival.

The Frontier, across from the University of New Mexico campus, has been an institution since 1971. Don’t be alarmed if you discover a line at this fast casual restaurant; it will move quickly. Make sure to order something with roasted green chiles on it. 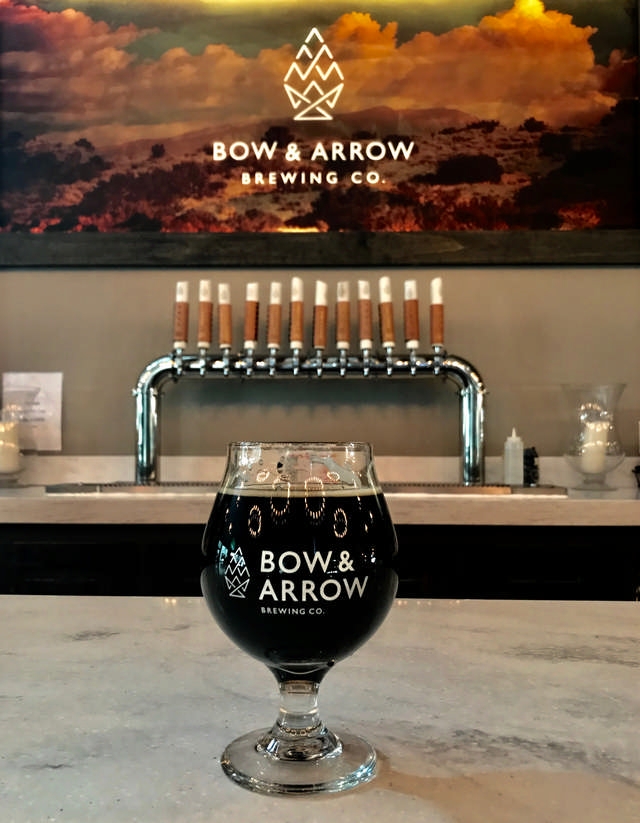 When to go, getting around, and where to stay

On average, Albuquerque gets 310 days of sunshine a year. You might think that the heat will be too much to handle in the summer, but according to the city’s visitor’s bureau, Visit Albuquerque, high temperatures in June, July and August range from 85 to 95 degrees. And there’s no humidity.

However, the best time to visit is the fall. Held every year in October, Albuquerque’s International Balloon Fiesta offers gorgeous views of hot air balloons taking flight. The city is the hot air ballooning capital of the world.

You will definitely need a car or rely on car share services like Lyft or Uber to get around ABQ. The city is spread out and it does not have a visitor-friendly public transportation system.

I stayed at Los Poblanos, a truly delightful historic inn located on 25 acres in Albuquerque. The 50 rooms are situated on an organic farm as well, with chickens, alpacas and fields of lavender surrounding you. A Farm Shop sells the items grown right there on the property. CAMPO, the restaurant at Los Poblanos, serves a farm-to-fork seasonal menu. Food & Wine named it the best breakfast in New Mexico. They also serve dinner Wednesday to Sunday nights, but make sure to make a reservation in advance if you want a table. 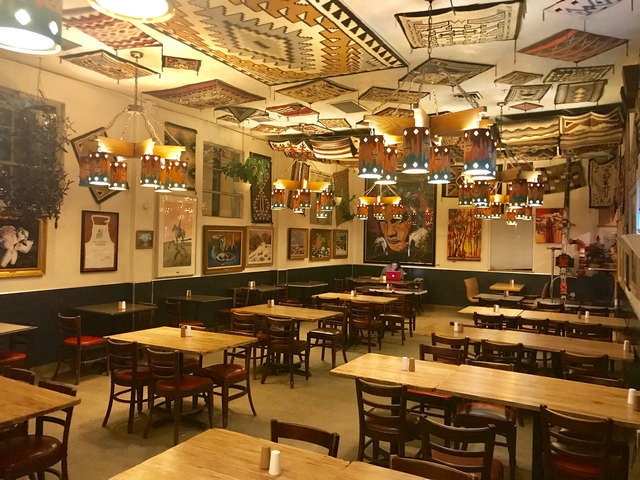 One of the five rooms at Frontier Restaurant.

The State of New Mexico legalized gay marriage in 2013. However, I noticed a minimal gay community. From my research, I found only three GLBT-focused bars, and you need to be a member to attend one. I asked guys on Scruff and Grindr if it’s worth my time to visit them during my trip, and I didn’t hear a single guy say yes.

Instead, look at Albuquerque as an escape. Being gay is just one part of your identity. Albuquerque doesn’t demand that you have the perfect bronzed body or the cutest swimsuit. You don’t need to spend 35 minutes styling your hair before you go outside. It’s a city where you can discover something new and find your balance. And you can connect with it in the Land of Enchantment.

This trip was planned with the help of Visit Albuquerque. Visit them online at www.visitalbuquerque.org

Mike Marcotte is KSTP-TV’s Local Guy About Town. You can watch him on Twin Cities Live. He shares more of his travel guides on his website, www.givemethemike.com.