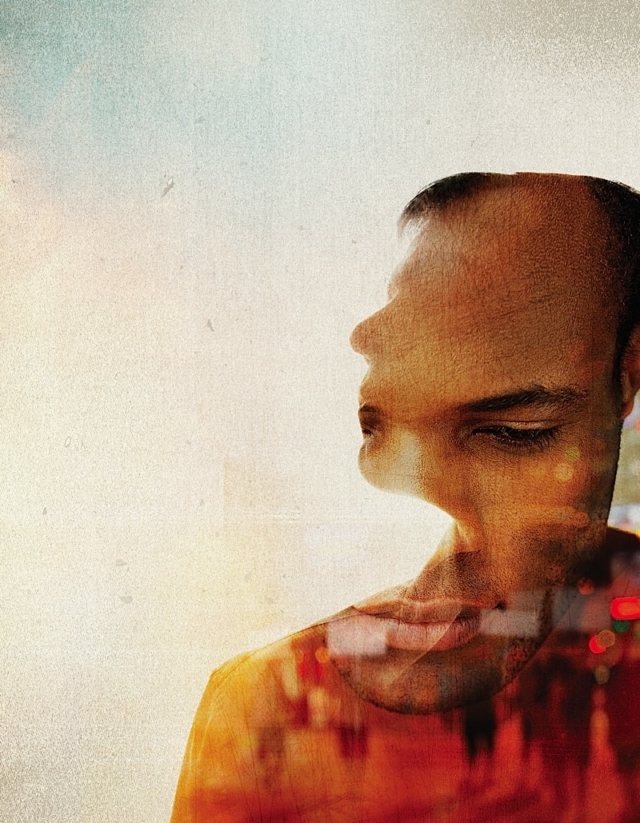 Harrison Davis Rivers has written two remarkable scripts now in production on Twin Cities stages. At St. Paul’s Penumbra Theatre, you can see how This Bitter Earth taps into the contemporary zeitgeist with an intimate examination of a loving relationship between Neil (Kevin Fanshaw), a wealthy white man on fire with passion for the Black Lives Matter cause, and Jesse (Jon-MIchael Reese), his African-American partner who resists being defined by race. As evidence emerges about increasing race-based violence, the dynamics change between the two.

Fanshaw and Reese interact with vulnerability to create a touching relationship on stage that reveals bones of contention particular to interracial romantic bonds. Director Talvin Wilks has provided a psychic space for the actors to express the emotional courage This Bitter Earth demands. The play tends to zigzag back and forth and back again, etc. in time, to the detriment of clarity. Nonetheless, the two actors reach deep within and in turn impel the audience to reflect on something not so often examined in a truly layered way on stage and film: gay relationships between men. 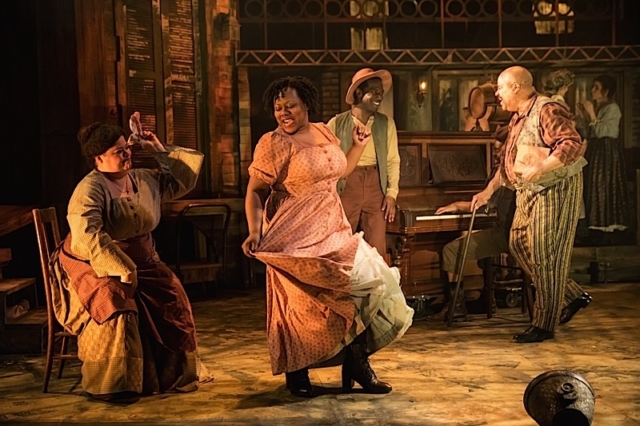 At the Ritz Theater in Northeast Minneapolis, Theater Latte Da has staged yet another new Harrison David Rivers work:

Five Points, for which he has written the book (that being the script connecting the music and lyrics). The inspired songwriting team of Douglas Lyons and Ethan Pakchar draws from the folk traditions of free blacks and the Irish immigrants who lived in Manhattan’s rough and tumble Five Points District during the War Between the States.

Latte Da’s excellent program notes acknowledge the belief that the tap dance genre this musical reverberates was born of African slaves and indentured Irish servants who observed one another’s dances on antebellum plantations. What makes this collaboration significant, along with Kelli Foster Warder’s choreography, is that these distinct groups are examined celebratively, as well as critically. We see how both subcultures are anchored in stern paternalistic values that have their pros and cons. Neither side is demonized. 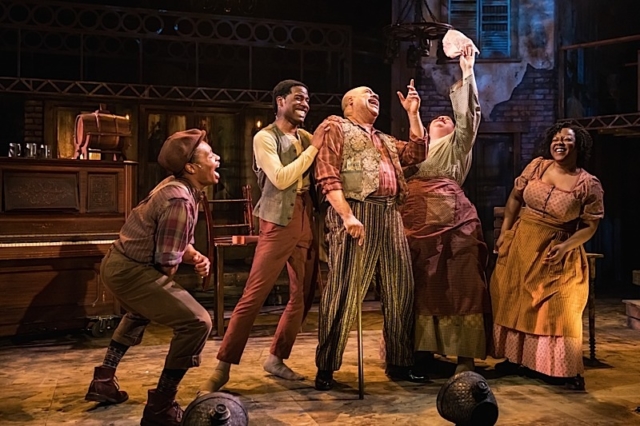 Moreover, it is the book writer’s exceptional evenhandedness that carries the story and I suspect will make this work endure in decades to come. We see the specific agonies of both communities and the difficulties that those within them are forced to reckon with. My only nitpick is that a few of the words used by a few of the characters are more of our own time, rather than the 1860s working poor. 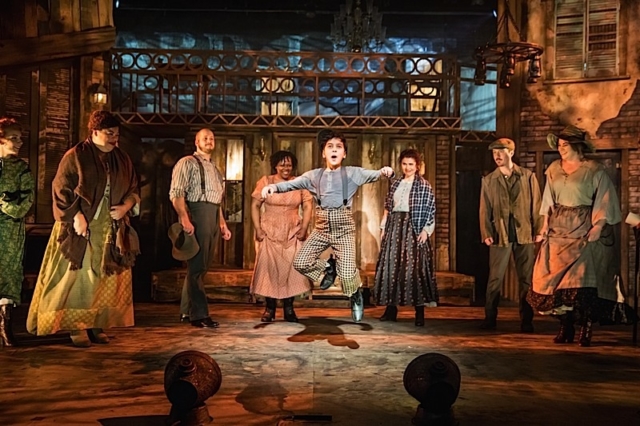 Five Points has been staged by director Peter Rothstein with brisk vitality while honoring moving moments of pathos. The cast embodies the period uncannily. Lamar Jefferson and Ben Bakken are the co-protagonists based on real life figures. Both are marvelous as Willie “Master Juba” Lane and John Diamond, competitors in a dance event set up by showman P.T. Barnum, played by a complex, commanding and charismatic Dieter Bierbrauer.