Two Icons of the Twin Cities 1990s Queer Performance Scene Are Back!

In the 1990s the GLBT performance scene was at its most vibrant. In the realm of gender-bending humor and exploration of sexual themes, it’s as if a cloud had been lifted off the previous decade’s grief and AIDS hysteria. In the ’90s, a brilliant drag artist and a brilliant choreographer came into their own and attracted audiences like bees to honey. These two are still going strong and now, for the holiday season, halfway through the century’s second decade, it is fitting and thrilling to celebrate with two performances that feature them. Myron Johnson and Miss Richfield 1981 are swinging into madcap mania at 6th street and Hennepin Avenue at the Cowles Center and Illusion Theater. 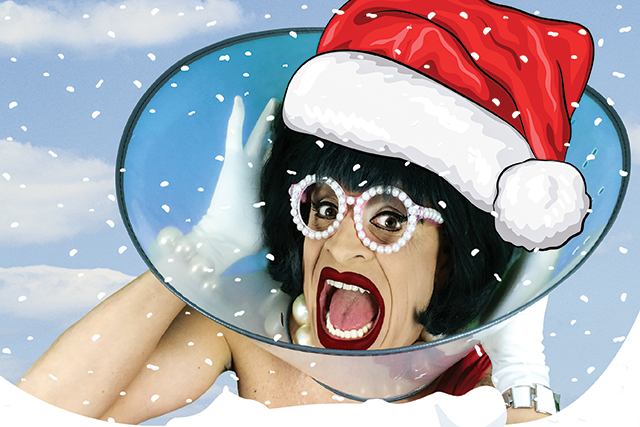 Myron Johnson looms as the most renown and widely acclaimed queer-focused choreographer the Twin Cities has ever produced. Major critics have placed him on par with the UK’s Matthew Bourne. He is a unique blend having studied at the Children’s Theatre and at Minnesota Dance Theater as a youngster and then onto mime in Paris in the 1970s where he was struck by the respect with which mimes and dancers were regarded.

When he returned to Minneapolis he started his own unique approach to performance which couldn’t be neatly categorized. In founding Ballet of the Dolls, Myron shaped a close knit group of dancers, which would become legendary. They combined the purity of classical ballet, the choreographic pizzazz of Bob Fosse, and the irreverent wit of John Waters. These were consummate dancers and great comic actors in their own right.

It has been years since the Dolls presented their naughty spoof of The Nutcracker but after a long hiatus, Myron has returned to choreographing what is truly his very own bona fide classic, Nutcracker (not so) Suite. However, it’s not with his Dolls of past years, but with young dancers of the James Sewell Ballet with whom he has never worked before. Myron was Sewell’s first dance teacher.

Of the new dancers he says, “They’re so fresh! Not hardened theater folks yet. Everything’s new for them!” That said, Myron will be be playing the role of the dandy uncle who gives his niece a Ken doll for Christmas. Dolls alumnus Kevin McCormick has returned from New York to reprise his role as the show’s overbearing mother figure. 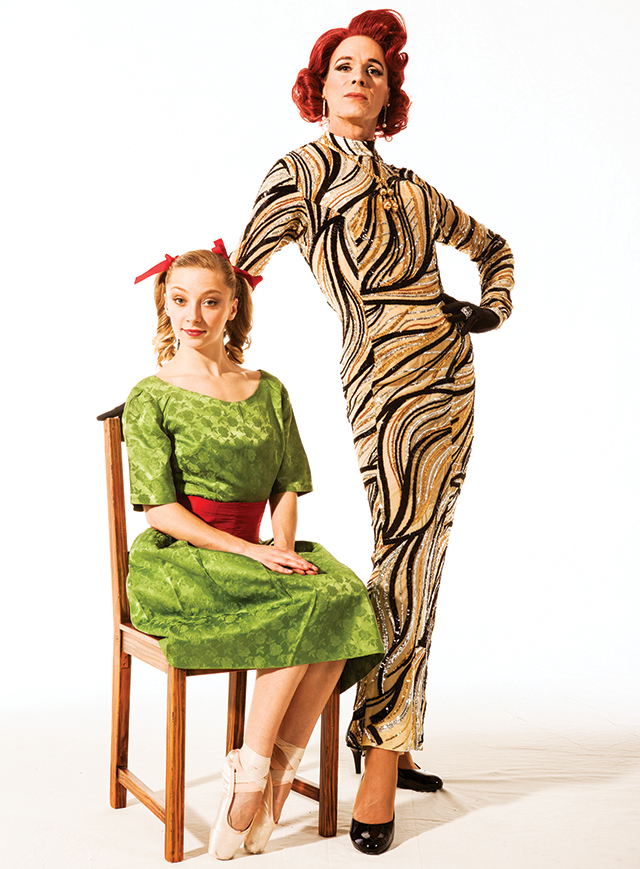 Nutcracker (Not So) Suite. Photo by Erik Saulitis

Myron Johnson’s return to choreography and dance is eagerly awaited by his fan base from the ’80s and ’90s. He shares a bit about why he has been away. “For so many years I was not only focused and concerned about the performances but also running a theater. That became too much for me and I have had to take a much needed break to refresh and reboot. I miss working with the Dolls dancers everyday and I’m positive this is a first step into bringing the company back for more wild adventures.”

Miss Richfield 1981 is the fairy godmother of the Twin Cities’s new generation of drag artists. Think of her as Minnesota’s Dame Edna. Over the years she would become a national figure. She has also made her mark abroad. Miss R shares, “I spend the entire summer in Provincetown, Mass., which is beautiful and fun and very gay! This year also took me to Chicago, New York, San Diego, Rehoboth Beach, Del., as well as international travel with Atlantis Events to New Zealand, Australia, Singapore, Thailand, Vietnam, and Hong Kong! This next year I’ll be heading to Tahiti, as soon as I find out where that is!”

However, she adds “I love, love, love being home in the Twin Cities! My mom usually makes the show, along with a few other family members, and so many dear friends who have been with me along this amazing, fun and sweet life I’m blessed to enjoy!”

The show Miss R refers to is Illusion Theater’s annual holiday tradition of which she is the recurring star. This year’s solo performance addresses  “forbidden topics.” Miss R observes, “We are living in an age where we have more ways to communicate than ever before, but there’s so much we are not allowed to say! I involve audience members in ways that allow them to express limited opinions that fit appropriately into the versions of the songs. It seems anything of a serious nature is off limits. You know, politics, religion, race, or anything else that’s started a war is impolite for conversation. How are we going to solve the world’s problems if we don’t talk about these things?!”