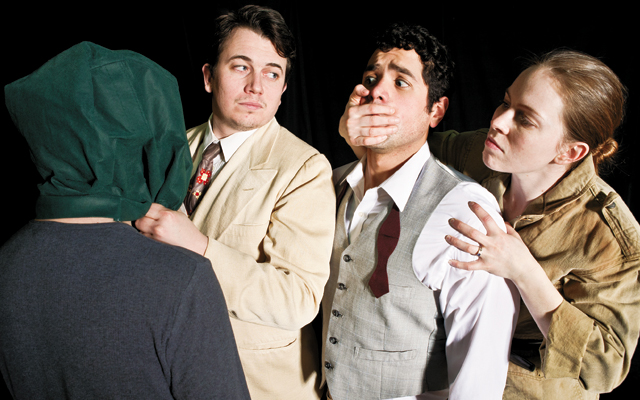 Federico Garcia Lorca (1898-1936) and Oscar Wilde (1854-1900) loom as two of gay literature’s doomed giants. Both boldy defied their societies and both expressed their homosexual desires and gay sensibilities. Despite the public’s knowledge of their sexual orientations, Lorca’s plays and poetry and Wilde’s plays were phenomenally popular decades and decades before Stonewall.

Ricardo Vazquez who plays Lorca became interested in his poetry a decade ago: “I was drawn to his overflowing images of nature, dreams, and death. In a single poem he could transport you from a cosmic journey to the moon to an intimate rhythm of loneliness in heartbreak. His poems seem to know no limits and his words, endless in their possibility. I was hooked.”

Regarding the era when young Lorca was an enemy of the state, director Al Justiniano observes “the Spanish Civil War was the culmination of pent-up frustration over Spain’s painful defeat in the Spanish-American War and the political tug-of-war between the conservative Fascist and left-leaning Republican parties. At the onset of the war, Spain was very fragmented as each party struggled to gain control of the reins of power at all costs. Lorca left the safety of Madrid, a Republican bastion, to visit his family at Granada, a city he believed to be under Republican control. As he quickly learned, leadership in the city had changed hands and the Fascists called for Lorca’s execution, only two weeks after the war had begun. Franco believed that man’s morality was determined by a strict, extremist interpretation of Christian values, and therefore Lorca’s existence was not tolerable.” 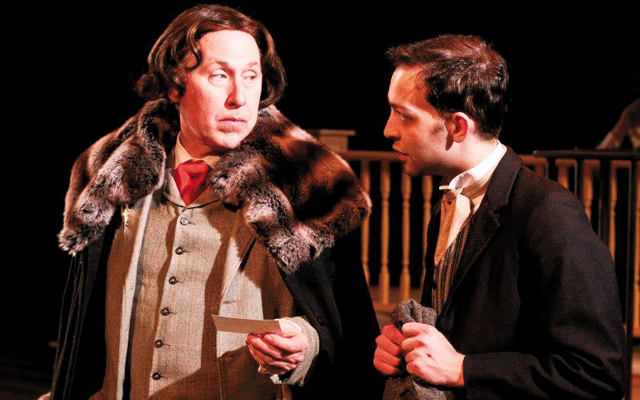 Wilde was actually an Irishman whose satire and private life scandalized 1890s London. Like Lorca, he was also persecuted by ruling powers. The British Crown charged him with “gross indecency with male persons”. After Wilde’s imprisonment it would be 70 years until consensual adult homosexuality would be legalized in the UK.

Gross Indecency director Amy Rummenie points out that “Wilde couldn’t resist the opportunities to toss off a quip, or even to needle the opposing lawyer when he had the chance. But in addition to the wit and high stakes of the trials, there is a deeper argument of the nature of truth and of the role of the art in defining the artist. The playwright did us a great service by highlighting those ideas and refining them into a stellar courtroom drama.”

Craig Johnson has actually played Wilde in two other plays and has worked in five productions of his The Importance of Being Earnest, which is probably the second most popular stage comedy of all time after Shakespeare’s A Midsummer Night’s Dream. Johnson points out that Wilde was a revolutionary, not only in “his sexual identity, but in how he dressed, how he wore his hair, how he behaved, and his ideas about the power of art to transform society.”

Johnson adds “Gross Indecency is such a fascinating script because it’s a cut-and-paste of original sources and has the feel of a detective story as well as courtroom drama. Who’s right? Who has the truth? Can we ever really know what happened in the past? Can we ever really know what’s in another person’s heart? Oscar defines truth at one point as ‘something so personal that the same truth can never be appreciated by two minds’. ”