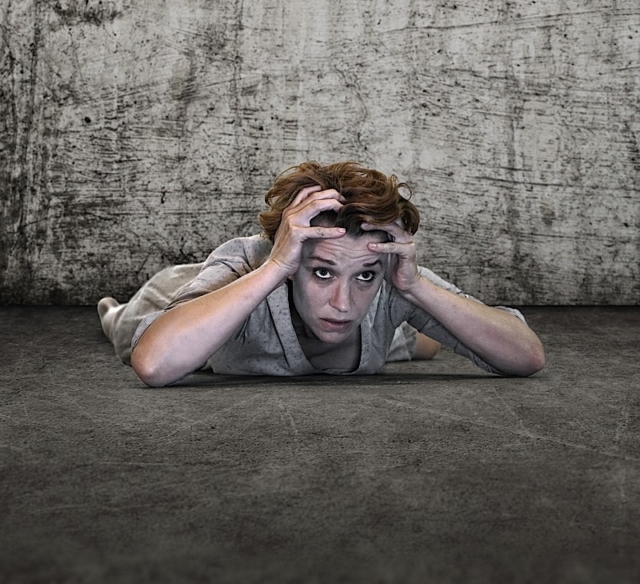 America’s master gay playwright and our master American female playwright have been marvelously revived by two local theaters that have remarkable reputations for their mastery of classic play productions. Tennessee Williams’s Suddenly Last Summer from Theatre in the Round Players and Lillian Hellman’s Watch on the Rhine at the Guthrie both palpably recreate the very textures of their mid-20th century worlds as if you’d actually been transported.

In Suddenly Last Summer, Annette Kurek is a continuous current of seething electricity as Violet Venable, a matriarch obsessed with embellishing the memory of Sebastian, her dead gay son. Delusional Violet thinks of her son’s unpublished poetry as unsung visions of genius. This delusion enables her to deflect from what his true nature actually was and her own mentally disturbed reactivity to that. Kurek is pure magnolian steel.

The thorn in Violet’s side is her niece, Catherine (a riveting Anni Amberg). This drama glistens with grimly comedic elements and centers on the wealthy Violet’s vindictive push to have Catherine lobotomized to stop her from revealing some disturbing truths about Sebastian. Worse still she has seen to it that the niece is locked up in an insane asylum! 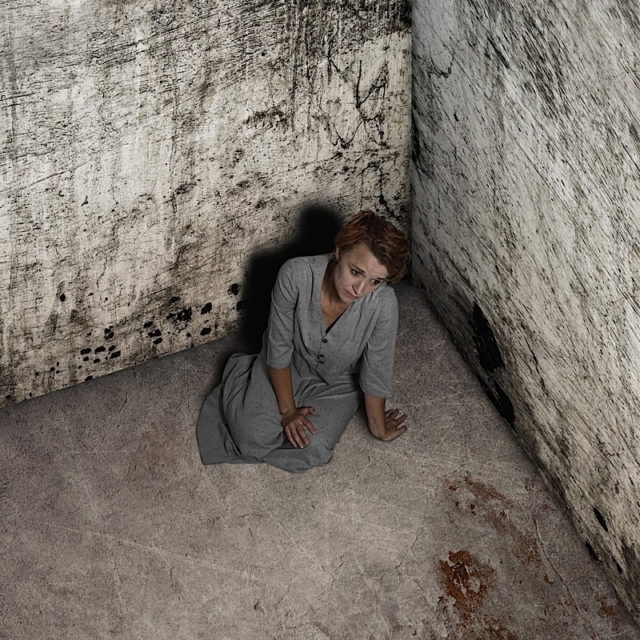 Amberg astounds as she spirits forth viscerally a cruelly subjugated woman suffocating under the yoke of a woman more powerful. This is quintessential Williams. The play reflects how the mental health system could be gamed n the late 1930s for wicked ends and first opened in 1958. Further proof that the ’50s era was actually vibrant with controversial work in the theater. There’s a misconception that’s been afloat for a couple of generations where the ’50s is derisively attached to an image of Eisenhower (who was actually a great man) and that Leave it to Beaver was the only thing on television and all the movies were corny. All of this is largely unexamined bunk.

As the play’s referee, if you will, Ryan D. Maddux as Dr.Cukrowicz embodies a modern Apollonian vision of the kind of man Williams seems to signal as the ideal man. Masculine, graceful, learned, compassionate. (You can tell this was written by a gay pen or a gay man at a typewriter.) Maddux brings these qualities forth wonderfully in a character who intrigues us because we wonder where this doctor’s ethics ultimately lie.

An inspired Allen Hamilton has directed Suddenly Last Summer with a masterful mix of poetic delicacy and Titanic struggle. Every single one of his brilliant supporting actors plays out the high stakes with gusto that make us realize why this thriller is the classic it is: Muriel J. Bonertz, Bill Williamson, Nancy Lipinski, and Julie Steincross. 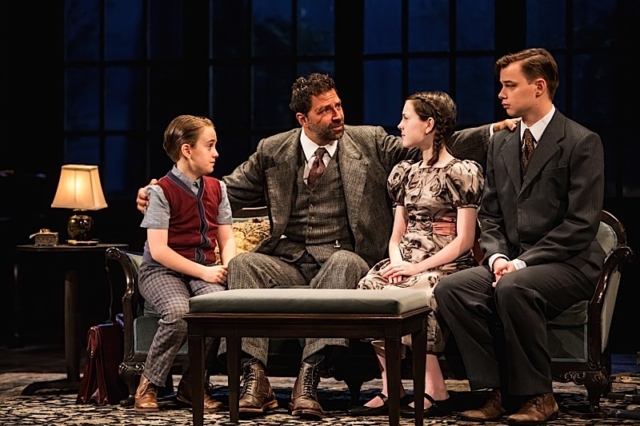 At the Guthrie, Lillian Hellman’s 1941 drama Watch on the Rhine exposes the problem of the U.S. being a haven for foreigners with evil and undisclosed intentions. In this case it is Nazis. When a wealthy liberal family in DC is reunited after a generation, they find that family “friends” do not have their best interests, or America’s, at heart. Hellman and the cast show us just how abruptly a historical shift can happen and how a family is unexpectedly clubbed metaphorically in the face by it. It is thrilling to bear witness to this as you watch this compelling production.

Lisa Peterson has directed Hellman’ s realistic realm with crackling interactions between characters who incrementally come into an evolving awareness of evil under one roof. You can actually feel the tension envelope the proceedings. It is a far superior directorial effort here by Peterson than her Cat on a Hot Tin Roof at the Guthrie a while back. She has sharpened her eye and ear for subtleties and nuance in the years since and when you reflect on the plays she has staged at the Big G over the years, there is definite growth in evidence here. Watch on the Rhine had me on the edge of my seat most of the time. And this is ultimately what it’s all about. As with Suddenly Last Summer, I felt a bit changed at curtain call. 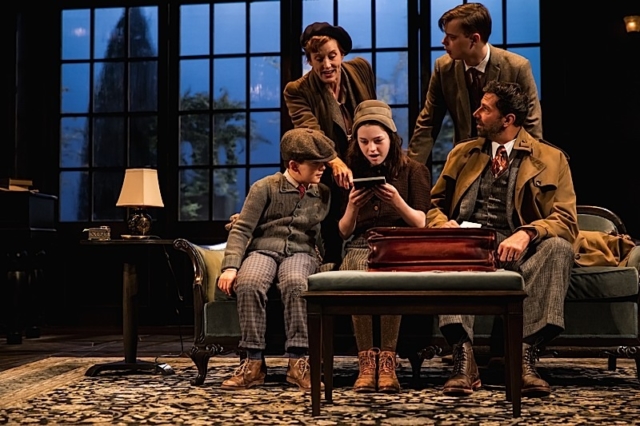 The entire impeccable cast is period perfect. We peer directly into a Washington home just before U.S. entry into World War II. It’s uncanny. We get the sense of how the great Jewish playwright Hellman felt on the eve of that consequential time. Peterson’s actors have clearly plumbed the attitudes and belief systems of 1941 in a way that delivers into that very year.

At the heart center of the piece are Sarah Agnew, in one of her best ever performances, and Elijah Anderson, in deeply felt portrayals, as a couple that has committed their lives to countering fascism. They deftly play the idealism without grating on self-righteousness. The darling child actors as their offspring bring to mind the anti-Nazi The Sound of Music which premiered on stage in the following decade after the war. Jonathan Walker and Kate Guentzel starkly contrast them as a couple whose lives are corrupted by the trappings of authoritarian sociopolitical values. They exemplify how rotten sociopolitical values can ultimately wreck relationships. 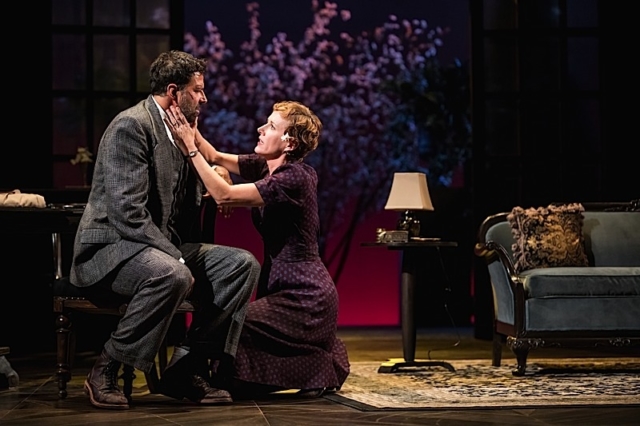 Both productions are head and shoulders superior to the classic films that were made from them back in the decades in which these plays were written. Seeing them on stage, so marvelously well done, reminds us why we need to go to the theater and not just rely on the movies. And if you’ve seen previous productions of these particular plays, you still need to see these. And I seldom ever say one needs to see something. But in these cases, I do!

Suddenly Last Summer
Through Nov. 5
Theatre in the Round, 245 Cedar Ave., Minneapolis
612-333-3010
www.TheatreintheRound.org