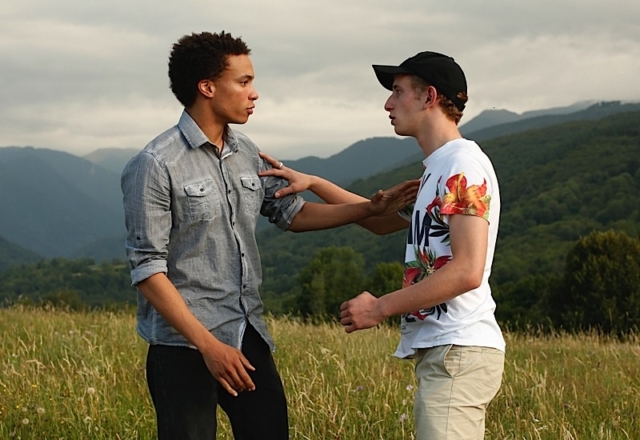 Two alpha male boys falling in love is a dangerous and beautiful thing. This is what you witness in master French filmmaker Andre Techine’s remarkable film, Being 17. Americans grooved into fixed ideas about bullying may find it difficult to watch and its trajectory too out-of-step with Zero Tolerance attitudes. It starts out with the white intellectual Damien (Kacey Mottet Klein) being deliberately tripped in class by the bigger, poorer, adopted, mixed race Tom (Corentin Fila). Through a twist of fate, Damien’s mother, Marianne (Sandrine Kimberlain), a doctor, is tending to the pregnancy of Tom’s white stepmother, Christine (Mama Prassinos). Neither boy know of this at the time of the tripping.

The deck is stacked against Tom because he must hike an hour to and from the school bus stop from the Pyrenees mountain farm where he lives and works with his adopted parents. Minnesotans can relate to the snowy weather he must endure for part of the year. Even for a very fit 17-year-old, this is exhausting and takes time away from schoolwork. Not to mention, his mom is pregnant. This causes conflicted feelings of protectiveness and inadequacy toward her. He wonders if she will still love him after the baby is born. 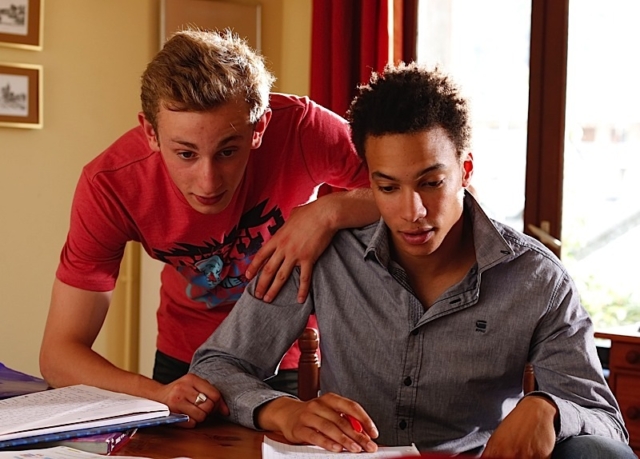 When the warm-spirited but politically-correct Marianne meets her patient’s son and learns he is struggling with his school work, she generously has him come down to live with her and Damien, so that he doesn’t have to hike. The problem here is that she is oblivious to the visceral tensions between the teens. Nor does she consider the ramifications of having another alpha teen boy in the house living with her. 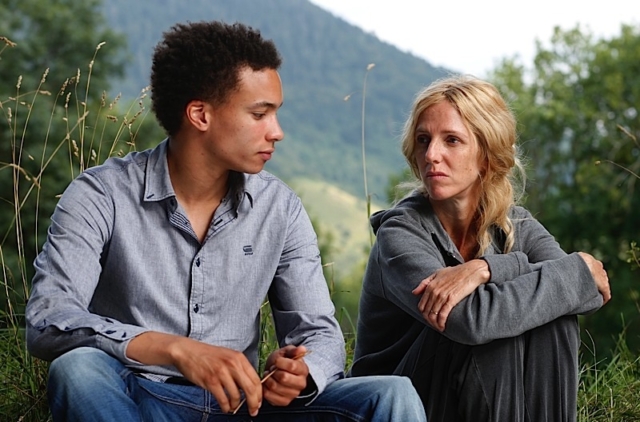 Andre Techine (b. 1943) is one of France’s most esteemed filmmakers. His 1994 film, Wild Reeds, which looked into gayness and exile, won the New York Film Critics and National Society of Film Critics Best Foreign Language Film, as well as four Cesar Awards. Twenty-two years later, Being 17 is another Techine masterpiece. The passionate screenplay is co-written by Techine and Celine Sciamma.