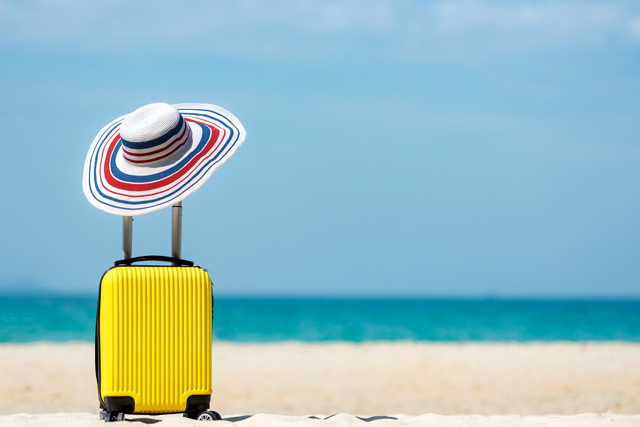 As I head to the airport (well, in the good old days), friends would wish me a nice “vacation.” I’m here to tell you, my trips are anything but. I’m taking notes, composing photos, checking maps and guidebooks and chatting up the locals, doing my best to bring you stories from near and far to—yes—help you plan a nice vacation. It’s tiring, sure: Group press trips can resemble the Bataan Death march, with itineraries beginning at 8 a.m. and continuing till bedtime, with hardly as much as a bathroom break.

Solo trips are more challenging because there’s usually no built-in Plan B. The German transportation system goes on strike, and how do I reach the airport? Or what about the Swiss idea of a “sportive” connection, which means run-run-run for the train that’s eight tracks away? But these solo expeditions also more rewarding. I can immerse myself amid a city’s back streets; spend as much or as little time as I wish at a particular museum or attraction; try my skill at talking with the locals; and, of course, get lost.

That happened once in rural County Clare where I’d been hiking. Exhausted, I asked directions of a farmer, who assured me, “You’re not lost, lassie! You’re in Ireland!” Thanks a lot.

In Shanghai: I’d ventured into an elaborate temple complex and couldn’t find my way out. “Anyone speak English?” I bleated at the crowd. No takers. Okay, I’m a travel pro: I can figure this out, I thought; I approached a woman and pointed to the street on my map, along with walking motions by my fingers. Sure enough, she took my arm and escorted me—to the ladies’ bathroom.

Some of my trips have been ultra-luxe, like the one to Rome sponsored by a new hotel. The Sistine Chapel had just re-opened after years of renovation, and our group of six received a private visit. We then proceeded to the fabled Trevi Fountain, where, while tossing our coins, we were greeted by uniformed waiters from our hotel passing out flutes of champagne, while Rome’s “regular” tourists ogled and the paparazzi clicked away.

A visit to St. Petersburg was pretty fancy, too. We stayed in the former palace of a Russian noble and feasted on caviar and vodka (even at breakfast). We dined at Putin’s favorite restaurant, got prime seats for a ballet performance of Swan Lake. Nonetheless, the police took immense pleasure in stopping our vehicle and checking every last punctuation mark on our papers every time we set out. And at a press conference with the Minister of Tourism, every question was answered with “nyet.”

Yet one of my all-time favorite adventures was the one to India’s northern tribal regions (see Lavender April 2019), as bare-bones an adventure as you can get. We slept on floors, sans heating, electricity and running water, and sometimes ate the only food available—bananas—during an entire day of driving (unless we’d opted for barbecued rat on sale along the road). We made a point of mingling with the locals, talking with leaf-pickers on tea plantations, the untouchables pulling our rickshaws in Mumbai, the school kids and their teachers who poured out of their building when they got their first-ever glimpse of white faces. Best trip ever.

Worst trips? Maybe a travel writers’ convention near Dollywood, in Georgia, where, like the current pandemic, an ugly flu raced through the town and, one by one, my colleagues were whisked off to the hospital. Or a meeting in Nashville, where we huddled in the basement of the Grand Ole Opry Hotel as a tornado raged overhead. Or perhaps an ill-timed trip to Croatia, aimed to show us travel writers that it was safe again to visit after the war with the Serbs. Well, I guess so, if you didn’t count the ever-present gunfire and the bridges blown up just as we approached.

Two visits to Israel were pretty dismal, too. The first involved two writers from GQ and two former Marines-turned-journalists. The two factions constantly bickered with each other, wouldn’t sit at the same dinner table, etc., and I was left caught in the crossfire, weeping by the end of each day. The second time, our Israeli guide was an ex-Army Major who was inclined to inspect the shine on our shoes but failed to get us to Jerusalem in time to explore the Old City because our van needed (he said) to deliver packages for his wife.

Oh, and the good ones! To Egypt to visit the Sphinx and the Pyramids and feast on pigeon pie. To Bora Bora in the Polynesian Islands to swim in water as warm as a bathtub’s and order foie gras three times a day (It’s imported as a loss leader from France, which owns the islands). To drive along the breathtaking coastline of Norway, pulling over at every last waterfall and fjord to ogle nature at her most majestic.

To stand in the back of a pick-up during the annual Buffalo Round-Up in South Dakota as the mighty beasts thundered past. To follow the Boudin Trail in rural Louisiana sampling this disgustingly lovely sausage at every gas station or convenience store along the route. To spend the night in a hammock in an Ecuadorian jungle as piranhas swam nearby, or on the floor of a headhunter’s lodge in the jungles of Borneo, below his shrunken trophies.

To tramp the steamy jungle of Australia and be offered a lunch of caterpillars (“Raw or cooked?” our aboriginal guide graciously inquired.) To swallow the raw fish offered us in a Korean seafood market, because it would be impolite to decline (although we all came down with a violent siege of food poisoning). Or to feast on Peking duck twice a day for a week when chefs in its namesake city, Beijing, treated us to their specialty (while we longed for a simple bowl of noodles). Beats all those nights in a plastic chair at an airport, waiting for the rescheduling of a cancelled flight.

Sometimes it was difficult to explain where I was from. “Oh, that’s the city with the Naval Academy!” (No, that’s Annapolis). “The Indy 500! (Wrong again. Not Indianapolis.) Or, when I’d note that we’re just north of Iowa, the Brits would usually correct me: “Here, we pronounce that ‘O-hi-o.” But in far-off Finland, they got it: “Garrison Keillor!”

Whatever destination beckons, from Catalonia in Spain to Cedar Rapids in Iowa, I’m eager to hit the road again. And guide you in how to do the same!