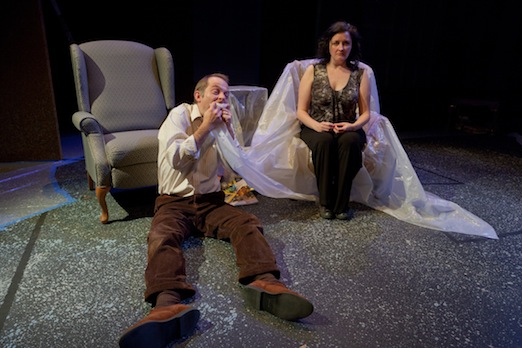 That primal conflict between the mother who focuses totally on her child v. the father who wants nothing to do with ‘it’, is rancorously explored in Trista Baldwin’s brave new dark comedy, Kill Me Don’t Go, which now plays at the Playwright’s Center. And she seems to think that neither side is beyond criticism.

Baldwin’s latest is reminiscent of the iconic 1962 dark comedy, Who’s Afraid of Virginia Woolf? wherein playwright Edward Albee contrasts a bitter middle-aged college professor and his frustrated wife with a naive youthful couple filled with unexamined assumptions about the world at large. But where Albee’s view of the young is cynical, Baldwin’s has some compassion. In the Workhaus Collective production directed by Leah Cooper this contrast is vividly realized and certainly worth seeing given how cynical our current day is, whether generated from right wing media outlets or left wing comedy outlets that tend to jeer at human foibles, rather than penetrate them. Baldwin, thankfully, penetrates them and to sharp effect. However, Kill Me Don’t Go still needs more development. 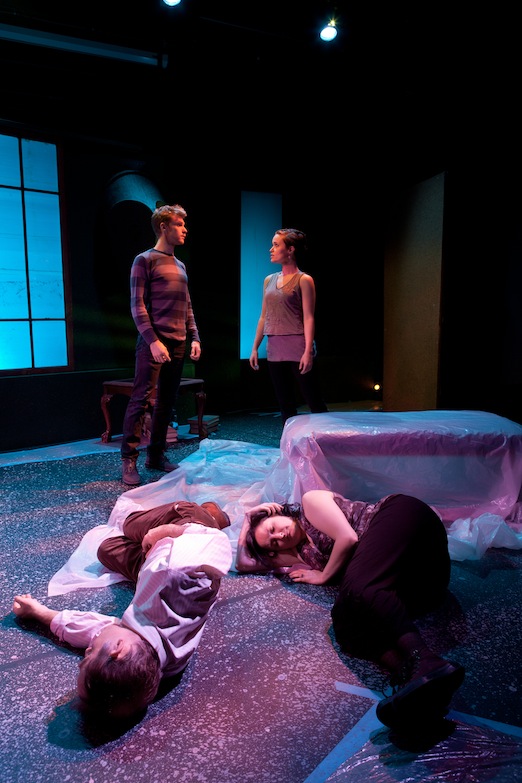 Patrick Bailey and Cheryl Willis are gripping as Richard and Marcella. Their majestically acid interchanges are guilty pleasures to watch. Baldwin really can make the caustic look fun. Richard is disturbingly disinterested in the baby and is engulfed in his anthropological research for which he has hired the handsome college student Ethan (Neal Skoy). Marcella is understandably attentive to her baby but it reaches the point of obsession. When she hires an attractive young woman, Joy (Sara Richardson), to be a nanny, it stirs up complex emotions. Envy is one of those emotions. An envy toward Joy’s youth, her sexual openness, and Joy’s seeming incapacity to succumb to cynicism. 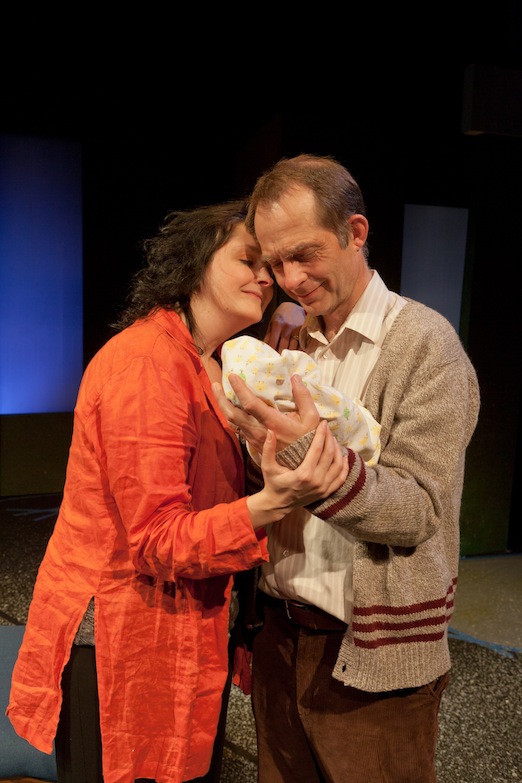 One remarkable moment occurs when after Joy has revealed she frequently sleeps with different people of different genders met online, Marcella judges her in a very definite way. If this play is further developed, there’s so much here that could be thrashed out.

Another moment worth musing on is where Richard offers both himself and his wife to Ethan. That raw moment of vulnerability when a middle aged man, ostensibly straight,  opens up to a younger man who doesn’t have the capacity to process what has just been put before him is a marvelous Baldwin observation, but I hope she will delve into much more deeply.

Richardson and Skoy are simply endearing to watch. We are not left to judge them as naive nincompoops. But if you are familiar with Baldwin’s impressive body of work, you know she does not allow us black and white judgements. She understands that sex and ageing are dense and tricky issues.