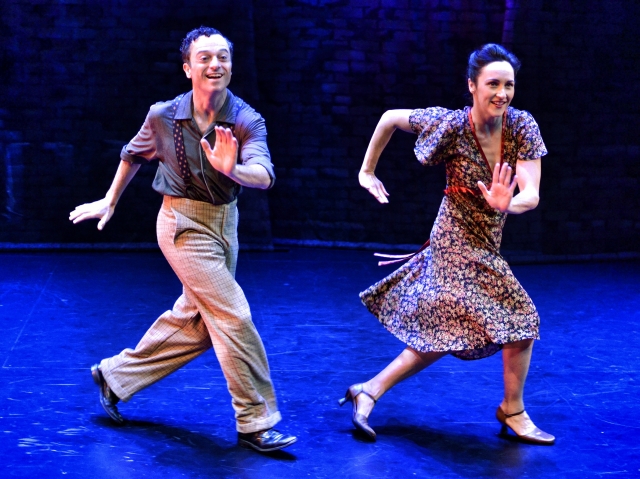 10 years ago a shorter version of Trick Boxing opened at the Minnesota Fringe Festival. Since then it has been progressively developed and become a hit overseas and in New York City. Now the Guthrie’s Dowling Studio gives us a chance to see just what all the buzz has been about. Local husband and wife duo, Brian Sostek and Megan McClellan, known as Sossy Mechanics, play Danny David and Belle. He’s an unassuming, humble street vendor conned into becoming a boxer with the hope of getting rich. She’s a dancer who saw her unfortunate boxer brother fall for the same con. 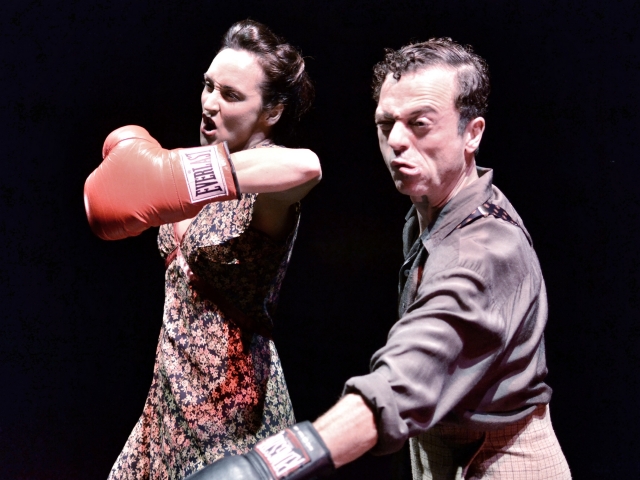 Sostek ingeniously shifts from Danny to other male characters who embody the corrupt boxing underworld of the Great Depression era where illegal gambling can have lethal consequences. And not unlike today, where boxers can be ruthlessly exploited. The splendid McClellan brings to mind 1930s working class spunk and glamor. The two form an utterly symbiotic relationship as they interact and dance

There is little in the way of props, set, and furniture. Versatile vocal prowess is matched with quick slapstick and at times, deep feeling. Saucy dialogue, delightful puppetry, and an edge-of-your-seat story, make for an amazing theatrical experience that relies fully on human ingenuity. The pair re-creates a ’30s sensibility with a bona fide, substantive message of hope that uplifts and astounds. 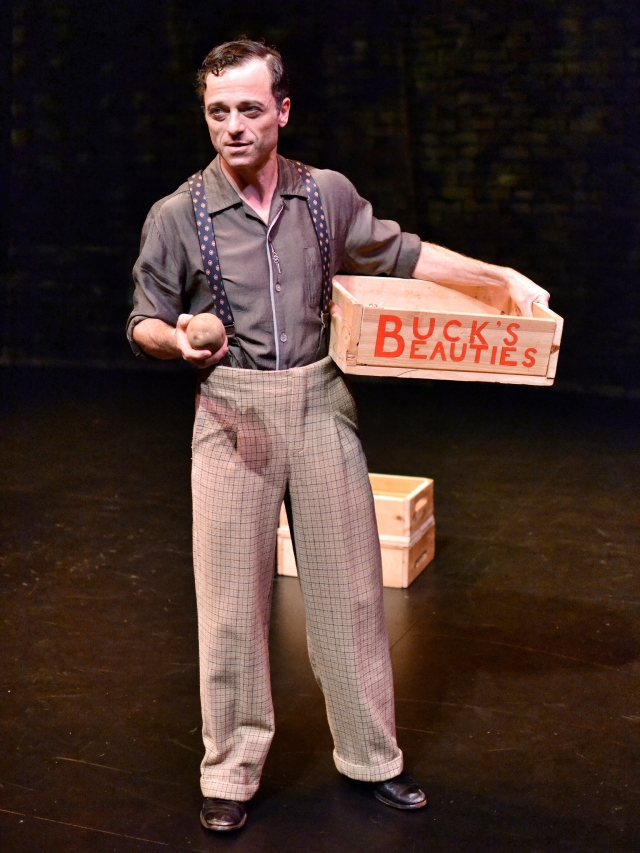