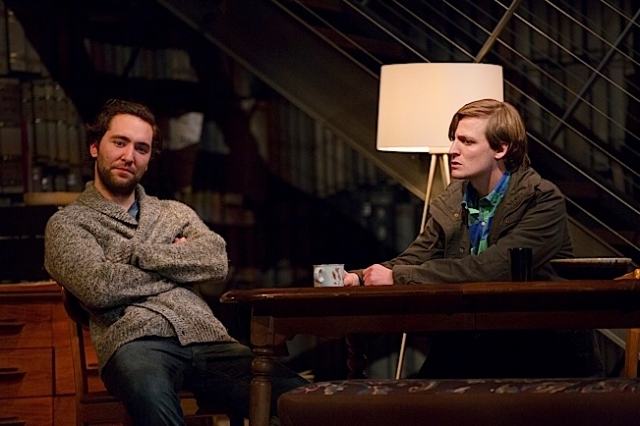 Intellectuals are revered for their knowledge and insight. They are generally assumed to be, if not compassionate, at least, understanding of those who have been socially marginalized. However, British playwright Nina Raine has created a family whose intellectual exceptionalism is horrendously void of emotional intelligence. Such intelligence has come to be increasingly validated over the past 20 years and when applied, certain intellectuals and liberal types are found to be just as unfeeling and callous as the riff-raff and power brokers they turn up their noses to.

In Tribes, a family headed by a patriarchal academic is continually playing one-upmanship with one another and has never bothered to learn sign language for one of their deaf adult family members. Wendy Goldberg has directed the piece with crisp pacing and deep-rooted, perfectly placed emotions. John McGinty gives a devastating performance as Billy, a young deaf man. When he finally starts to learn sign language he obviously expands his social and career possibilities. Tracey Maloney gives a lovely performance as the woman who navigates Billy into the larger world. She herself is turning deaf. And having been brought up by deaf parents she has lived a life among deaf people who she sees as having been pigeonholed by themselves and society into self-negating positions. It’s brilliant how Raine so scrupulously indicts Billy’s insenstive family and at the same time calls on deaf people to consider how they too can be excluding and open to playing the victim card.