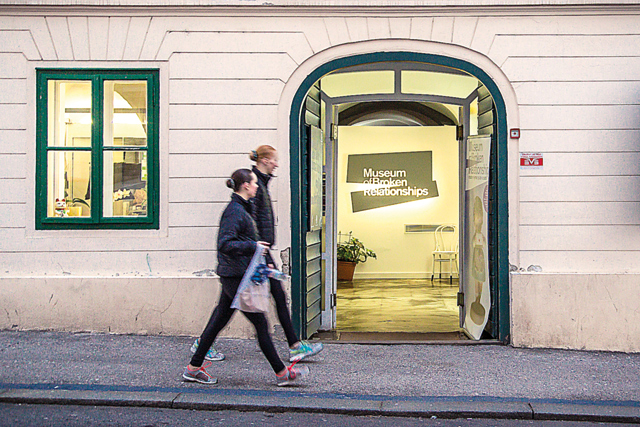 Yeah, I’m one of those. Wherever I travel, I check out museums. The Louvre? The Prado? Been there, done that. Just as fascinating: discovering a destination’s hidden cache of collectibles—the weirder the better. Here are a few of my favorite haunts, discovered in quirky little museums around the world.

Underneath its suave demeanor, Cleveland, Ohio hosts a cache of such oddball collections, starting with the National Polka Hall of Fame and Museum with its vintage accordions, ornate costumes, and performance videos. Proceed to the Museum of Divine Statues, featuring just that: rescued, life-sized statues of saints once housed in former churches. Then head to “A Christmas Story” House and Museum, where part of the holiday classic film was shot. Admire the original “fra-gi-lay” leg lamp. Purchase a replica, too.

The International Towing & Recovery Museum calls Chattanooga home because that’s where the tow truck itself was born. Check out restored antique vehicles, toys, tools, and photos in what may be the only time being up-close to a tow truck doesn’t elicit tears and swear words.
Foodies: lots of offbeat collections are calling your name. Are you desperate to learn more about kimchi, that love-it/hate-it Korean staple? Head to the Kimchikan (Kimchi Museum) in Seoul to absorb the history of the popular condiment, and its regional variations and place in the land’s culture and cuisine. The line-up of hundreds of canning jars makes our State Fair look frail.

I confess to an asparagus fetish. If you, too, believe it’s rightly called the “king of vegetables,” proceed to the European Asparagus Museum in a tiny Bavarian town in Germany called Schrobenhausen. Here, a former prison tower of the medieval town wall houses all you need to know about the vegetable’s botanical varieties: its planting, cultivation, and complicated harvesting procedure—plus a display of cooking and serving tools and artworks depicting its enjoyment. There’s a statue of a six-foot spear out front to guide you and serve as photo op.

Oh, you prefer fish? The Norwegian Fisheries Museum in Bergen’s lovely historic harbor unfolds the story of its cash-cow industry—canning herring for the world market—in a converted wharfside warehouse, where the King Oscar brand was king of the world market. The dividend: This museum also explores the social history of the times, as in how women workers were (mis)treated on the factory line, along with canners’ wages and other fascinating you-were-there info on workers’ conditions and daily lives. Just add onion and enjoy.

While in Norway, pop into Stavanger’s Norwegian Petroleum Museum to learn how gas and oil got started back in the days of dinosaurs, and how it’s discovered and produced today in those huge tanks looming offshore. Models, films and interactive exhibits explain everyday life for workers. Offshore for weeks and weeks at a time, plus the technology involved and historical accounts of dramatic, um, incidents. 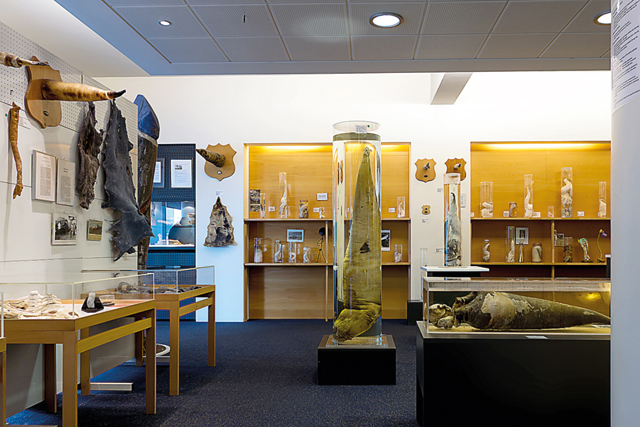 On to the human body. For skulls galore (and more), head to Rome and descend to one of its catacombs along the Appian Way, on the outskirts of the city (burials within city walls were taboo). The Capuchin Crypt holds the bony remains of 4,000 monks. To explore it, enter beneath the Capuchin Church of the Immaculate Conception of 1645, where you’ll shiver to see “bone art,” such as bones-as-furniture and chandeliers. And piles of skeletons, dismembered into piles of ribs and femurs and such.

Broken bones? Sad. Broken heart? Even more so. Find solace at the Museum of Broken Relationships in the heart of the Old Town section of Zagreb, the capital of Croatia. Within a former Baroque mansion, discover mementoes and stories of former love affairs gone wrong. Head to the Brokenship Bistro for a comforting meal after the emotional rollercoaster ride. Don’t miss the gift shop, featuring the popular Bad Memories Eraser.

Good memories of loved ones? That’s the forte of Leila’s Hair Museum in Independence, Missouri. Back in the 1800s, before the advent of photography, the classic way to remember a deceased loved one was to snip off strands of the deceased party’s hair and weave it into jewelry—a broche, a necklace—even a picture frame. Ogle examples of the “art form” during a lively-narrated tour.

Human bones, hair….and penises? That’s the theme of the Icelandic Phallological Museum in Reykjavik, which displays 200 of them, collected from all types of mammals found in Iceland—whales, polar bears, seals, and yes, Homo sapiens. Expect crowds, It’s popular.

Back in Kansas they collect marbles, not body parts. Moon Marble Company, in Bonner Springs, just outside Kansas City, was born of necessity. The owner had been making wooden toys and game boards but had trouble locating the marbles needed for their use. So, he decided to produce them. He now demonstrates glassblowing and explains marbles’ history to customers, who clog the place picking up their treasures to take home, ranging from pee-wees to 50mm giants.

Glass to neon? Not a huge leap. And no place does neon like Las Vegas. Let’s end our tour with a stop at its Neon Museum, aka the Boneyard, where 200 restored and repaired signs that once served casinos now live—including the Golden Nugget of 1946, Vegas’ first casino, the iconic Silver Slipper of 1955, and even Happy Shirt, “cleaners to the stars.” Guided tours only. Open at night, too, when the signs are lit up.

And when in Vegas, don’t miss The Mob Museum, housed in the actual courthouse where Senator Estes Kefauver cracked down on organized crime. You’re read the Miranda Act in the elevator that opens upon the “slums of New York,” which tempted Irish, Jewish, and Italian immigrants to turn to crime. Organized crime, that is. It infiltrated industries from garment workers to longshoremen, from sports to Hollywood films to booze and prostitution. Experience Chicago’s Valentine’s Day Massacre of 1929, and J. Edgar Hoover’s efforts to nab Dillinger and Pretty Boy Floyd. View a video of a Cosa Nostra initiation. Then practice on a Tommy gun or revolver before you leave. Just in case.