Travel Memories Are Made by People 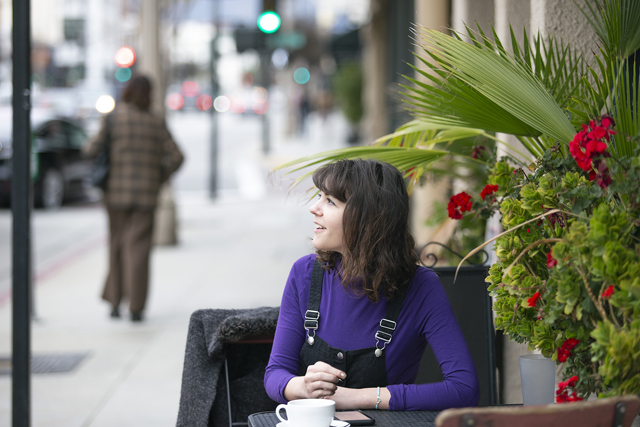 They call me one of those obsessive, do-it-all tourists, madly checking items off a destination’s must-see list. And they might be right. But I’ve come to learn that it’s the unplanned moments, stolen from a trek from museum to monument, that fuel the kind of memories that prove the most rewarding. In other words—duh!—it’s all about the people you meet.

In Dublin, I viewed the revered Book of Kells in the college library. I ogled the Cathedral of St. Patrick. I dined at the trendy, four-star hits of the culinary world. Then I stumbled upon a tiny, crowded bar where the neighborhood’s musicians convened each evening to play jaunty tunes on their squeeze boxes, pipes, and fiddles. Locals hustled me to the front row of stools. When I mentioned I came from Minnesota, they shouted “Garrison Keillor!” and bought me another Guinness. Needless to say, I returned every night.

I got lucky in Beijing, too. Ditching the group tour to the tea plantation, I chose instead to wander the streets, armed with only a map the size of a postcard.  I bartered for treasures in dusty antiques shops, where the proprietors and I arrived at a deal by writing numbers on our palms, then celebrating the sale with cups of tea. Wandering into “the oldest Muslim mosque in the country” (said my guidebook), a college kid approached me, offering to translate the placards in exchange for practicing his English. We ended up spending the entire afternoon together, discussing freedom of speech, the Internet, and what-not as we visited an ancient Buddhist monastery (he asked directions on the street; I obviously could not). At sunset, we exchanged our contact info as he hailed me a taxi back to my hotel.

In Athens, it’s easy to get around; everybody speaks English. While wandering, I followed the sound of singing until I stumbled into a courtyard where an extended family was ending a Sunday lunch. They beckoned me in, sat me down with a glass of ouzo and asked for a song on my part (suddenly brain-dead, I settled upon “You are My Sunshine”). Two gents extended an invitation for dinner at their home tomorrow (“We’ll send a car to your hotel”), which my daughter feared would end in white slavery. But no: Their wives had done their best to recreate an American Thanksgiving feast, complete with pumpkin pie.

Continuing to a remote Greek island, while hiking one afternoon I was overtaken by the mother of all thunderstorms. Fortunately, a wrinkled granny emerged from a ramshackle shed in the field to beckon me in. We waited out the storm sharing photos, smiling a lot and each speaking her own language—understanding little, but enjoying an hour of unexpected connection.

Then there’s the Dutch lady in a crowded taverna in Athens who offered to share her table—and, later, her home. Come visit me when you get to Holland, she invited, and I did—thus getting a tour of a small town I never would have discovered on my own, and an intro to rijstafel, the popular Dutch-East Indies feast I quickly added to my Top Ten list.

While driving along the fjord route of Norway’s coastline with a friend, we noticed a tiny church on the outskirts of an equally-tiny town where we planned to overnight.  Upon investigation, we spied a notice announcing a concert there that very evening. When we showed up, we were greeted from the pulpit by the minister and invited to introduce ourselves. Afterwards, parishioners vied to usher us into their homes for coffee—an opportunity for friendship that wouldn’t have happened had we not ventured off the beaten path.

In India, when one approaches the Taj Mahal in Agra or Dehli’s fabled Red Fort, sellers of postcards and trinkets swarm like clouds of mosquitos. But when on the dirt roads of the tribal territories near the country’s northern border, it was a different story: Pulling over at a tea stall, bikes and scooters quickly braked behind us. Their drivers yearned to shake our hands, pose for selfies, invite us into their humble dwellings. Children (and their teachers) poured out of schools when they spied us on the sidewalk, eager to practice English (“How do you do? Vat is your nem?”). We became honored guests at impromptu song-and-dance performances while the teachers prepared tea and cookies to share with us as we toured their classrooms.

Reminds me of Vietnam. There, while wandering the streets of a small town, women beckoned me to rest on their doorsteps. Immediately, the usual three questions emerged: “Where you from? How old? How many children?” Worn faces broke into huge grins as photos of kids were shared and tea splashed into tiny cups.

Even in Florence, overrun with noisy tourists, lucky accidents can brew a conversation. Weary, I sat down on one of the stone benches ringing the famed Cathedral, next to an aged granny also giving her feet a rest. She broke out into rapid Italian, of which I understood maybe ten percent. Wielding my baby-talk Italian in return, I learned she lived in a nearby village but was being treated on her (very advanced) birthday to a day in the city by her daughter and son-in-law, who later approached and introduced themselves before they led her away.

Then, once my screaming feet allowed, I opened up my Rick Steves guidebook to locate a tiny, remote café he recommended. Following a tangle of mostly unmarked streets, I finally spotted it, well off the tourist path, and was shown to a table. As I perused the menu, who should walk in but the birthday girl and her entourage. Big hugs and lots of rapid Italian followed. I was invited to join them at their table for dinner and toasts and vows of friendship. Many happy returns indeed!

Does this work everywhere? No, of course not. I never could make connections in Russia, where I suspected I had a sign declaring American Spy pinned to my back.  I only knew a few words of Russian, but the meaning of a principal one was made clear as I greeted folks at kiosks, convenience stores, or coffee shops: Nyet.