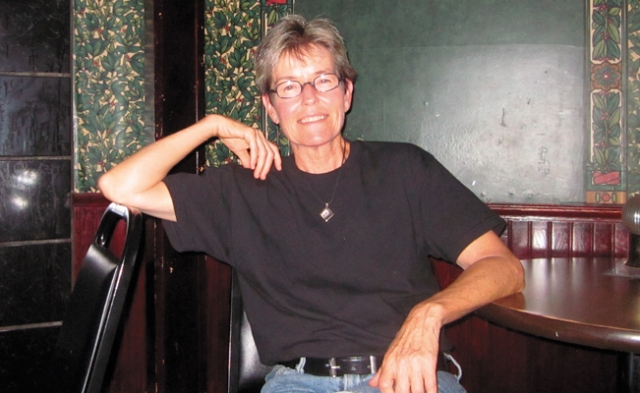 August 1 is quite auspicious for Holly Monnett. On August 1, 1974, she began her tenure at The Town House in St. Paul, moving quickly from barback to bartender to manager by 1976. On August 1, 1987, she started her ownership of the popular bar, which has been a gay landmark since 1969. She’s now the only gay-woman proprietor of a local GLBT bar.

As Monnett marks her silver anniversary at the helm of The Town House, with characteristic humility, she shifts attention away from herself when reminiscing on the establishment’s phenomenal success over the years.

Monnett says, “It really doesn’t seem that long. As our leader, I provide stability, plus a place for our magnificent staff—including our bartenders, entertainers, and others—to show their talents. It’s really about the people I surround myself with.”

Reflecting further, Monnett notes, “Throughout our long history, we’ve continually been able to change with the times. Our focus has always been on entertainment, low prices, and quality service. We provide a gathering place where everyone is welcome, and where they can afford to have fun when they’re here.”

Indeed, The Town House offers a weekly cornucopia of entertainment, including karaoke and impersonator shows, plus the original cheapie night Wednesdays.

As a devoted pet owner—her present canine companion is Buster—Monnett has hosted many fundraisers at the bar that have channeled thousands of dollars to local animal charities.

Since 2011, the light rail transit (LRT) construction on University Avenue by The Town House, which has been one of the greatest challenges ever for Monnett, has spurred her into action.

Last year, to counteract the loss of onstreet parking, Monnett convinced the City of St. Paul to allow free customer parking in its lot adjoining the bar to the west.

Recently, overcoming persistent resistance from the city, Monnett built a nice second patio for the bar on the corner of the lot to replace space lost from the original patio because of LRT construction. It’s sure to be a hit with patrons, especially smokers.

Known for her tenacity, Monnett states, “I won’t take ‘no’ for an answer. As my late manager, Steven Anderson, used to say about me, I’m a very determined person.”

That determination certainly has served Monnett well in her nearly four decades at The Town House, a quarter-century of which as owner.