Touching & Briskly Entertaining – “Romeo and Juliet” at the Guthrie 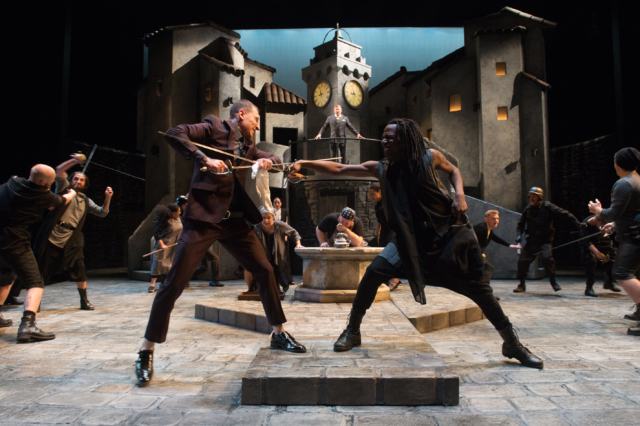 During a post-show panel discussion with the actors in the Guthrie Theater production of Romeo and Juliet, Candace Barrett Birke talked about how the Guthrie Theater cast interacted and responded on “teenage time.” This may explain why director Joseph Haj’s staging moves so briskly and passionately. It is, after all, a fateful story about two teens who react with inflamed volatility to the rigid codes engrained, upheld, and enforced in their hometown of Verona, Italy once upon a time.

William Shakespeare’s tragedy is surely the most popular drama ever and legendary for its heartbreaking nature. However, Haj’s ensemble has found inherent humor that springs largely from the impetuosity of the youth characters in the first half of the play—something overlooked and, therefore, unmined in many productions. 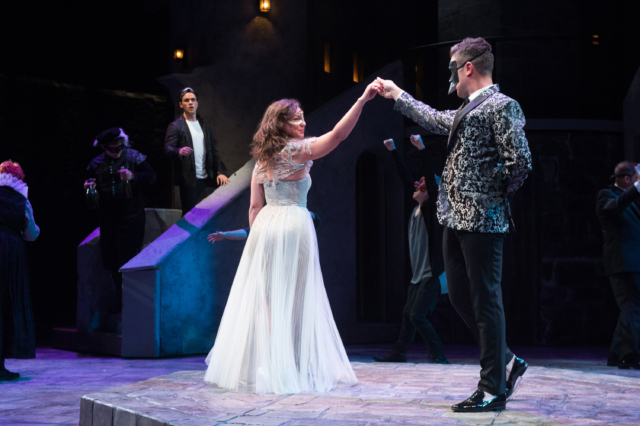 Paradoxically, this in turn sets up the play’s tragic culmination of bad judgment, bad luck, and bad timing (inherent in the play, not in Haj’s staging which is sharply timed). This makes for a truly engaging and entertaining experience. Moreover, one of this particular production’s revelations occurs in the way in which the scenes that reflect on banishment are uniquely interlocked

The older characters on the thrust stage are uniformly well played with standouts. These include Birke as the sentimental nurse, James Williams as do-gooder Friar Laurence, a splendid Sha Cage as the dignified Lady Capulet, and Charity Jones as Montague. Jones, as she demonstrated earlier this year in Haj’s King Lear, is the best speaker of classical language in Twin Cities theater. She is consistently clear and sensitive to rhythms while always being naturally and organically in the moment. Another older actor who exemplifies the depth, voice, and centering of strong stagecraft is Bil McCallum as the city’s Prince.

Performances by younger actors are uneven and this partly owes to to Haj and costume designer Jennifer Moeller whose transhistorical choices are beautiful. However, there is a trade off when you go off the grid, so to speak. These choices put actors in a muddle as to who they are in time and place, and turn the show into “guess which period that costume is from” rather than tuning into the play itself. After all, the play’s the thing.

Faring best out of this is Ryan-James Hatanaka as Romeo. He finds the genuine naivete of an innocent young man who doesn’t realize how intensely his openness rattles the cages of the elders, hence, Verona’s social system. He and Kate Eastman interact with warmth and the mutual attraction germane to the play. However, Eastman is too knowing, as if she were a contemporary Western teenager and not an innocent maiden of the late medieval or early Renaissance period. Eastman speaks well and certainly understands the role but her rendering is too emotionally advanced. To be sure, this actress certainly has a career ahead of her as a classical actress if she hews to the craft. But older roles are in order.

Another actor who goes contemporary is Lamar Jefferson as Benvolio. He finds the character’s kinetic volatility but he pushes it so that he overwhelms too much of the focus in scenes he is in. However, Kelsey Didion’s crackling turn as Mercutio is fine example of a cross-gender turn that captures the Shakespeare spirit. In Elizabethan times only men were allowed to play women’s roles. Four centuries later Didion returns the favor. 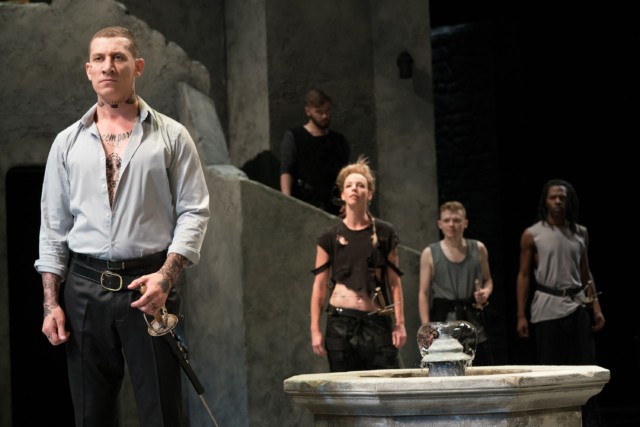 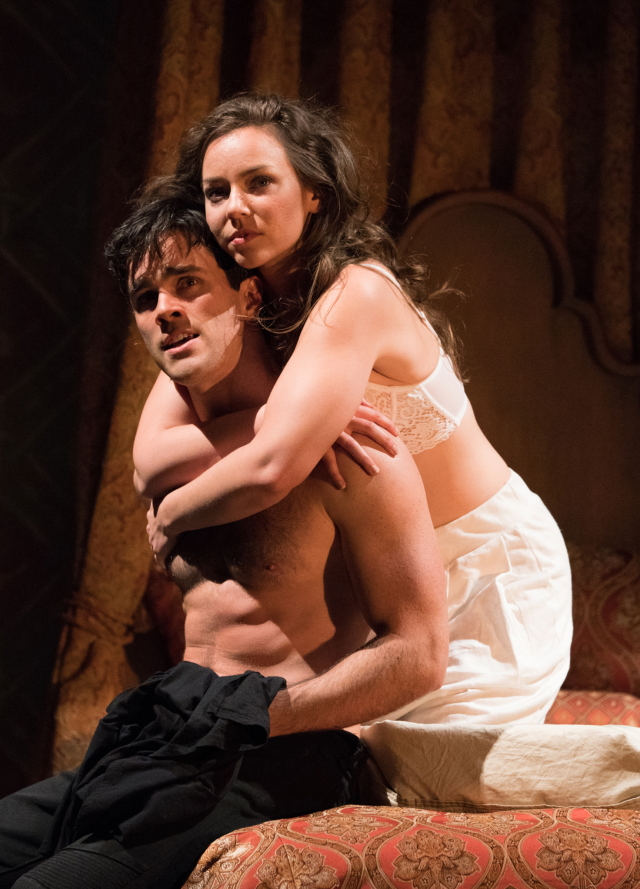