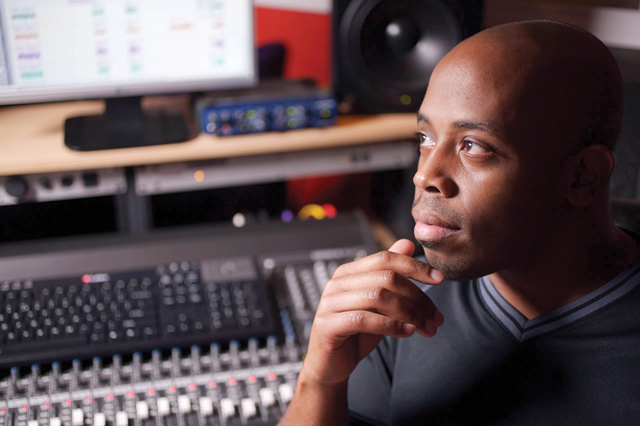 A true artist always tries to finds a canvas that allows them to express themselves however they see fit, free of restraint or restriction. Tori Fixx found that canvas years ago, and to this day, he still finds new ways of creating new masterpieces with it.

“I never wanted to be pigeonholed or trapped,” said Fixx. “Hip-hop is just what came first, and it was also the easiest for me to really get my feelings out.”

Since 1996, the Indiana-born, Twin Cities-raised Tori Fixx has been making waves with his unique contributions to the world of hip-hop, both in terms of music and social impact. Fixx has been one of the earliest known pioneers of hip-hop in the GLBT community, releasing eight albums between 1998 and 2018, serving as a producer for a number of local artists, and currently heads his own label, Supa Qween Records. Currently residing in St. Paul, the talented multi-hyphenate’s journey of self-discovery took him from the Midwest to the West Coast, but not before coming to terms with telling his family about his sexuality.

“I was about 18,” said Fixx. “I knew…a couple of years prior that I was into guys. There also weren’t very many resources for me to tap into, as far as figuring out my identity and who I was. So that was really pretty painful, and really scary. I was very isolated for a long time.” 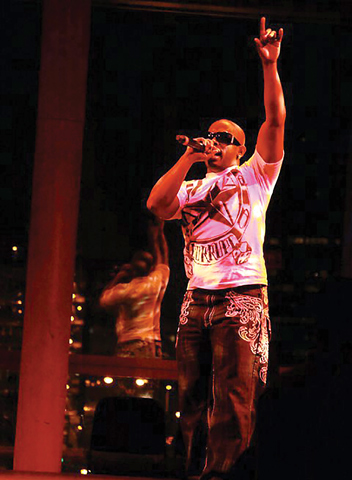 Fixx said that at the time, he was planning on graduating from high school and then coming out to his family before moving to Chicago. He wrote a letter to his family that he had tucked away, but upon preparing himself to move away, he saw that the letter wasn’t where he left it.

“I saw it had been moved,” said Fixx. “And my mother had found it. And she had written me a letter in response, basically saying that ‘We love you no matter what.’ And for the last four years that I was struggling, I was not only isolated, but I isolated myself away from family and a few friends…My family actually just wrapped their arms around me, which was great. But it still took a while after that for me to accept myself and find my way in the community.”

So what drew Fixx towards hip-hop?

“Because I couldn’t do rock and roll,” said Fixx with a laugh. “I really I wish I could, but growing up in an urban area, hip-hop just came naturally. I was producing a lot of local talent at the time, and I was kind of behind the scenes. I didn’t know much about journaling at the time, so I just kind of started writing my version of songs, and songs about guys and just my feelings and nobody was ever supposed to hear that ever.” 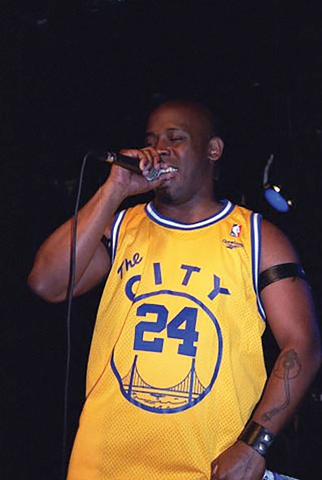 Tori Fixx is a pioneer in the GLBT hip-hop industry, beginning his career in 1996. Photos courtesy of Tori Fixx

For a year, Fixx lived in Hawaii, making mixtapes with friends. One such friend heard one of Fixx’s tapes, and impressed by the music and Fixx’s lyrical honesty, encouraged Fixx to share his music with the world.

“He’s like, it could really probably help some people,” recounted Fixx. “I didn’t really think of it that way. So I decided to try my hand at the time, and at the time you had to put out CDs. There wasn’t Spotify and iTunes; you went to a studio created and you had to go through with distribution and putting the CD out.”

Despite his newfound calling, openly gay artists were scarce in the hip-hop scene in the late 1990s. Fixx said that initially, the experience of being a gay rapper was lonely and even terrifying. While in Hawaii, Fixx came upon a gay publication featuring a piece on Bay Area gay hip-hip outfit Rainbow Flava. Fixx decided to move to San Francisco and meet up with the group, which became his first point of contact in the world of GLBT hip-hop.

“The beautiful part about it was slowly seeing people start to come out of the woodwork, because we united and started doing things around the Bay Area, and I was in the bay for about three years,” said Fixx. “More people started to just appear. And there would be artists [that] would just kind of pop up and then email us, and before I knew it, it was starting to grow.”

As the years went on, Fixx’s profile began to grow, from his 1998 debut album Impact and his performance at the PeaceOUT World Homo Hop Festival in Oakland in 2003, to his appearance in the 2005 GLBT hip-hop documentary Pick Up The Mic and even DJing for Prince himself at Paisley Park. Eventually settling back in the Twin Cities, Fixx made a name for himself as a record producer.

“All I wanted to do was not only just keep creating, but I wanted to help anybody that was coming in here,” said Fixx. “You need tracks? I’ll make songs for you. I’ll make beats; here, take them. A lot of people who really started this game, I produced them at some point time or another, just in the hopes of it flourishing and trying to keep it alive.”

When asked if he had any specific influences in his music career, he said that he looked up to the artists who were unafraid of being themselves.

“You know, the Princes, the David Bowies,” said Fixx. “Hip-hop happened to be my medium, but my influences came from the creative people: the Peter Gabriels and people who weren’t afraid to experiment…Some of the guys like A Tribe Called Quest, I was a big fan of theirs, still am. A lot of the ladies, [like] Queen Latifah, because they had a huge fight, in just to see the obstacles they had to navigate. And they were talented. That impossibility that they turn into possibilities also gave me hope.”

“It wasn’t as much homophobia as at the time as it was disbelief, because nobody really put the two together, and it just didn’t relate,” said Fixx. “It’s like: Gay hip-hop…what is this thing? It wasn’t commercial enough to meet gay mainstream. And [the] straight hip-hop community just wasn’t touching it at all. And occasionally, you’d see a few bursts that would pop up on MTV or something about a gay rapper. And it was never one of us. It was always some kind of shtick.”

Fixx recalled one incident in particular that illustrated the obstacles gay artists faced in the medium, where he went on a date with a gay executive for a mainstream hip-hop label.

“He’s like, ‘You know, I’d never sign any one of you… I’d never sign an openly gay artist or act,'” said Fixx. “And it just crushed me, and not necessarily for me personally, but it was like, ‘You’re one of us and you’re in there, and rather than try to make the way, you would just absolutely not.’ He’s like, ‘No matter what, I just wouldn’t do it.’”

“That hurt me more than any homophobic remark, because we know where you stand,” Fixx continued. “But it’s one of our own basically having the blockade up. If there’s one of you, how many more people are there, not just with hip-hop, but with so many avenues of our community that we’re blocking and hurting ourselves? That was a huge deal for me.”

Nonetheless, Fixx says that the scene is flourishing today, what with openly queer artists such as Todrick Hall, Big Dipper, Lady Sovereign, Frank Ocean, and Deadlee serving as luminaries of the GLBT hip-hop scene. As for Fixx, the trailblazer himself? He’s keeping busy with making new solo music, producing, and operating his new label.

“We’re definitely putting out queer hip-hop stuff, and it’s really kind of left-of-center,” said Fixx. “If anything comes up and we can find a way to make it happen. I love to remix and I deejay at the clubs. The Saloon is my residency, so any time I can create something that I can play out, that’s usually it.”

Even almost 25 years later, an artist’s work is never done.

You can hear Tori Fixx on Spotify and Bandcamp. Learn more about Supa Qween Records at www.supaqweenrec.com.