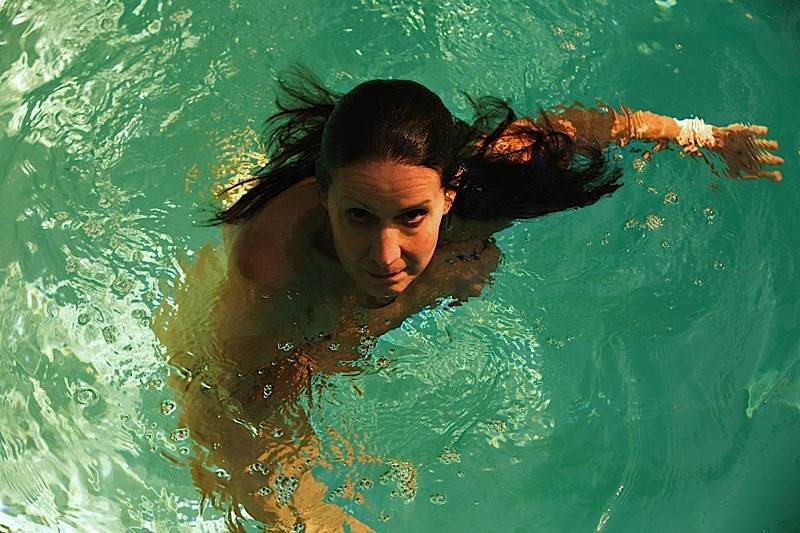 Photo by Lauren B Photography.

Playwright Carlyle Brown is right up front. His new play, Finding Fish, at the Illusion Theater is a polemical work that cautions us about the overfishing of the oceans, rising water levels, and the effects of pollution within that threatens the ecosystem itself. It is also the first time I have seen this African American write a play written to reflect a white working class family. Moreover, Brown really hears the profound philosophical divisions between the father and two brothers about the family’s livelihood. That livelihood is fishing off the Maine coast. To make matters even more intriguing is that something mysterious permeates their lives.

Brown has a sharp and understanding ear for the inner workings of these white characters. The family patriarch, Henry (Steve Hendrickson), is an embittered man who projects his hatred of how damaged the sea life has become onto his oceanographer son, Michael (Paul de Cordova). He hardly seems fair but as the piece unfolds we wonder to what degree is the eco-conscious Michael a tool for the powers that be. The rustic Henry blatantly favors Michael’s fisherman brother, Peter (Bill McCallum), whose wife, Fiona (Jennifer Blagen), is a kind of mutant creature a bit too accustomed to the sea.

Director Noel Raymond has her cast live into the rawness of the conflicts between the four. If you know Hendrickson’s work you may not recognize him at first because he transforms in a way I’ve never witnessed in his work over the past 20 years. He is dynamically gritty. McCallum and de Cordova find primal power in their characters’ competitiveness with one another. Blagen is brilliant as a creature who lives somewhere between being a human and a marine mammal. Finding Fish is a captivating theatrical experience that will appeal to those concerned about ecological crises.